I'd like to welcome author Liia Ann White and her book, Elora's Match. The book is an urban fantasy / paranormal romance released by Silver Publishing. You'll want to comment and comment often. Why?
Liia will be giving away a $25 Amazon GC to one randomly drawn commenter during the tour. I'm commenting! But let's get the interview started!

What was your favorite scene to write in Elora’s Match?

While sex scenes are always fun to write, my favourite scene to write has to be the final fight scene. Elora and Kadin fight with demons, vampires, hellhounds and all sorts of supernatural creatures. I’m a big fan of violence, blood and gore, so it’s a lot of fun for me to put my own spin on fight scenes. For that scene; the words seemed to type themselves, I just let my imagination run wild and my Muse do what she wanted.

What was the inspiration behind Elora’s Match?

I had a series of dreams and nightmares involving Elora. She was such a harsh, closed off being I just needed to write her story. The ‘Different’ beings are ones I’d had running around my mind since I was a teen and Elora just fit the race perfectly. 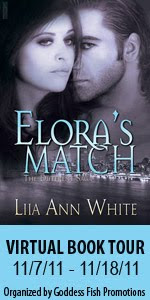 What is the most interesting thing you’ve done in the name of research?

I’m probably the most boring writer ever. Most of my ideas are not based on reality at all, however there’s a scene in the sequel to this (entitled Elora’s Choice) there’s a scene that takes place in Downtown Los Angeles. They’re chasing a rogue vampire who happens to have been seen in the Ritz Carlton Downtown LA Hotel.

So on my trip to the States in June this year, I stayed there. I got to know the hotel (and adjoining one), the immediate area and streets. While it might not technically be research, it sure was a LOT of fun staying there! They have the best bathrooms ever!

The most rewarding, apart from seeing my name in print, is getting feedback from readers. Knowing that there aren’t only friends and family reading your work, but also complete strangers that read – and enjoy – your work is just so rewarding.

The most frustrating part is the time it takes. I’m not a patient person, so I get very antsy while waiting for the editing/publishing process to do its thing. I know it needs to be done and understand it takes a lot of time, but I’m just so eager to work and learn I want everything done now LOL

For some reason I have a thing for Canadian guys. I don’t know why! There’s just something about a nice manly Canadian that just makes my inside all fuzzy.

I started talking when I was 9 months old… And I haven’t shut up since ;-)

I’m what I’ve called a ‘plonster’. A bit of a pantser, bit of a plotter. I tend to have a plot in mind, do a bit of an outline, but once I start writing, the characters take things into their own hands and change the plot as they wish to.

Because of this, I try to write chapter by chapter and send them to my critique partner to get her opinion/suggestions before I continue on. But every now and then I’ll write in bits and pieces and put it together once I’ve finished the story.

What I’m really excited about is a young adult series I’ve been working on for the past year or so. *One day* it’ll be published.

The best is definitely having my work out there. Knowing that a stranger somewhere has read words I’ve written is just indescribable. And I love hearing from all of them.

The worst? The constant self doubt. Being unsure whether or not something ‘works’ and going back, revising and changing work and still not being sure, is definitely the worst part of writing.

What is your method of breaking through writer’s block?

I leave it. I’ve had a few bouts of writer’s block that have lasted months and the more I stressed about it, the worse it got. I’ve tried to force myself to write, tried relaxation techniques, but nothing seems to work. When my Muse goes walkabout – she’s just gone. All I can do is sit back and hope she returns sooner rather than later.

My characters. They just won’t leave me alone. I constantly have new characters popping up and plots for them as well as existing ones. I don’t get a chance to stop writing.

Plus, I love writing. 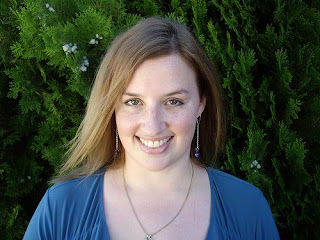 Can you tell us a bit about what book(s) you have coming out next and what you’re working on now?

My next release is Her First White Christmas – part of Decadent Publishing’s 1Night Stand series.

Eyes. You can tell a lot about a person by looking at their eyes.

Night. You know how people say ‘once the sun goes down, all the weirdos come out’? I’m one of those weirdos LOL I get to about 9 o’clock and am so wide awake and full of energy, it’s crazy. I’ve been that way since I was a kid.

80s hits always get me doing a little dance. Play Electric Avenue and I’ll be dancing away.

Aliens have landed on the planet. What are the three things you would tell them that are great about this planet?

The animals, ocean and Australia.

You have been locked in a mall and told you can get anything you want and when they open in the morning you won’t have to pay a single cent. What stores would you hit? Better question how would you haul away all your loot?

Hmmmm… That’s a tricky one! I’m not a big shopper. If I was in the US, I’d hit a Torrid store and take everything in my size – they make the best clothing! If it’s in Oz, I’d go to JB Hi-Fi and get so many video games, DVDs, electronics etc. that I’d look like a hoarder. And haul it away in a bunch of garbage bags that I grabbed from Target.

If you could share one major writing tip, to help other writers in their quest for publication, what would it be?

Always listen to advice and don’t be afraid to ask for help.

If you could write in any other genre what would it be, and why?

Horror. I love horror movies, TV shows and stories, and have that many ideas from nightmares I have that I could write a bundle of anthologies on my own. I just don’t know how to write the genre. I don’t think I have the brain for it.

Where can we find out more about you and your work?

Here's her bio:
I love all things paranormal. I spend my childhood daydreaming about
far off lands and living in my own little fantasy world. I watched shows
like ’Unsolved Mysteries’ and read books on witchcraft, fairies, demons,
ghosts and all other sorts of supernatural creatures, including mutants (I
love X-Men).

When not writing, I can be found reading, playing video games or spending
times with my adorable doggies.

I’m a big animal lover and vegan. I live in Perth with my family, which
includes two adorable dogs, two birds and a handful of feisty fish.

I’m always interested in meeting new people, so drop me a line!

Here's the Blurb for Elora's March:

Elora’s parents mysteriously disappeared when she was fifteen. She vowed to find answers – discover what really happened to them. But after twenty-five years of travelling the world she has come up empty handed. Feeling tired and lonely, she settles down in the city her best friend, Caleb, calls home. To lead a regular human existence for a while; like he does.

One problem; they’re not human. They’re Different – a rare supernatural race known for their beauty, strength and supernatural abilities.

Elora is lead to a man by a series of visions. Cue Kadin; powerful, sexy and also Different. He is her match – her soul-mate. Her life has never felt so complete.

But it’s not all good news. Elora must now deal with a rogue demon Elder hell-bent on taking over Lucifer’s reign over Hell. To succeed she needs to steal Elora’s power. When she’s facing the fight of her life, can Elora really trust Kadin?

And here's an excerpt: 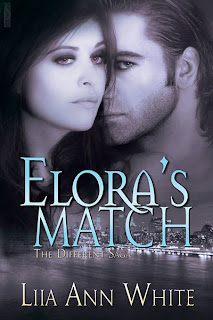 An almost audible buzzing erupted in the back of my mind, the same sensation I had in my visions.

He appeared before me, looking as physically perfect as ever. His dark hair fell over his face. The smooth outline of his jaw off set his symmetrical features. Those flawless, full lips spread into a smile, and his teal eyes bored into my own.

"Elora," he said with a smile, his velvet smooth voice caressing my skin. I felt myself drawn to him. There was an invisible connection between us, making me want to cling to him. To run my fingers through that thick hair of his, trace the contours of his broad chest, and kiss those luscious lips. Lust burned within me like never before.

I forced myself to ignore it, instead eyeing him warily. "What are you doing here?"

"That was quite a show." He chuckled lightly. "I was going to jump in, but I see you can handle yourself."

"What are you doing here?" I repeated, in no mood for games.

Clasping his hands behind his back, he took a few steps toward me. "Those two have been following me for a few weeks now." He gestured to where the pile of ash once was. "They stopped tonight, so I tracked them here where they attacked you."

"Why have they been following you?"

"I'm not sure." He pursed his lips. "I followed them tonight, thinking they were going back to their controller. Apparently, I was wrong."

"Why are you really here?"

"What if I don't believe you?"
Posted by Wendi Zwaduk and Megan Slayer at 1:01 PM

Just want to say how much I have enjoyed your blog tour and learning all about your book. Have it at the top of my list to buy. Got a kick out of some of your answers to these questions on this post!

It's been a fun two weeks following you around in blogland. I've enjoyed getting to know you and your work. Thanks for the good time...and I mean that in a good way! LOL

Sorry it took me so long to get the post up. Talk about dropping the ball. :-) Great post. Loved doing the interview. Can't wait to get a copy of this book!

Thanks so much for following the tour Jean & Karen. You guys are awesome!
Hit me up on twitter or facebook and we'll chat. I've loved your comments :-)