I thought I'd continue my Ten Things posts and hit my first novel, Right Where I Need to Be. This one is from The Wild Rose Press.

10. This isn't the first novel I'd ever written. It's actually the fifth.

9. The original title was going to be The Boys of Crawford County: Logan.

8. Ray had a bigger role in the original book. But I thought it would make more sense (and so did Kiss Carson) to give him his own story.

7. There's a secondary character named Speedle. I watched way too much CSI: Miami at the time. 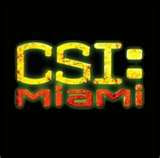 6. The book went only to The Wild Rose Press.

5. I wrote this book on my husband's PC at night after the family went to bed because it was the only quiet time I had at the time.

4. I listened to a ton of Gary Allan at the time, but the title has a little more symbolism than that. Dh is a pilot and if you watch the video for Right Where I Need to Be by Gary Allan, there is a plane in it.

3. I saw Gary Allan in concert at the House of Blues the week I subbed the story.

2. Writing Dex Rose's character actually made me angry and his actions made me cry while writing. He pushed the line and I hoped his anger and issues translated into the book well.

1. I polished it over Christmas and nearly didn't submit it because I thought it wasn't ready. Guess I was wrong.

Logan Malone needs an acting job and fast. With his string of broken hearts, his professional life lies in shambles. To resurrect his career, he must audition for a television role which could be the job of a lifetime.
Cass Jensen needs an actor for her made for TV movie. The previous actor dropped out, leaving her stranded. Her savior shows up looking sinfully sexy and totally right for the part, but what part is she auditioning him for - her movie or her bed?

Email ThisBlogThis!Share to TwitterShare to FacebookShare to Pinterest
Labels: Cass Jensen, Contemporary, Logan Malone, Novels, Right Where I Need to Be, Ten Things You Didn't Know About..., What The? Wednesdays, Wild Rose Press

Fun to see some of what's "behind" the books.