It's Flirty Friday and I thought I'd include the official excerpt and the one from my site, plus an itty bitty one I've not published before. It's been a whirlwind week and this sounded like a great way to end on a high note.

From the TEB site:
I told him I’m coming back to Crawford because I want to see him.

Jade smoothed her hands over her satin jacket and squared her shoulders. Men never got to Jade Weir, movie star. It wasn’t an option. She held control…except when it came to the copper-haired deputy with eyes the colour of tropical ocean water. Just the thought of Deputy Marlon Cross made her thighs heat. They’d shared one quick kiss when she’d said goodbye at the sheriff’s department but, good grief, how the kiss had stayed with her. The memory of the rasp of his beard abraded her cheeks and kicked her desire up a few notches. She fanned her face. No matter how many sexy text messages and double entendre emails they’d shared, a handsome man like him wouldn’t be on the market for long.

The lights flickered in his living room. That was a pretty good indication he was home, right? Shit, was he alone? She folded her hands in front of her mouth and peered around the lot. Three cars sat outside his apartment. His? A girlfriend’s? Pain seared her chest in the vicinity of her heart, making her gasp. God! Here she sat in a car pining for a man who probably had a woman in there with him.

Glancing in the rear view mirror, she ran her tongue over her teeth to remove the stray lipstick and rubbed the sleep smudges from under her eyes. “I look like I’ve been on a bender,” she muttered, “rather than clean for six months.”

Driving sixteen hours straight wasn’t her best idea, but it had got her the rest of the way to Crawford, Ohio. Would Marlon recognise her without the heavy mask of makeup? Finger-combing her hair, she considered pulling the strands back into a clip. The last time she’d seen him, the colourist had insisted she looked best with platinum highlights.

With a final look at her makeup—modest by Hollywood standards—she opened the car door. No one recognised the slightly dented Benz or the Topher Azad jeans and hoodie she wore under the jacket. Not exactly glamorous, but not awful. Her phone buzzed as she slid out of the seat. She glanced at the screen before flicking open the phone. 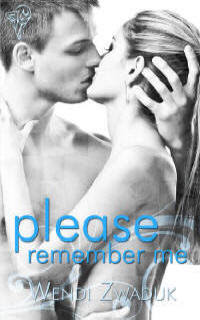 “Yup,” came the reply just before the line went dead.

Jade closed the car door with a snick and forced herself towards Marlon’s front door. She shoved her phone in her jacket pocket. Each noise, each little movement, put her on edge. A gale of laughter and shouting came from the neighbouring apartment. She nibbled her top lip as her high heels clicked on the pavement. Please don’t let any of Daddy’s goons or the press be on my tail.

From his open living room window came the gentle sounds of his television, accompanied by soft groans. What the heck was he watching? More importantly, was he alone?

She closed her eyes and took a long breath, letting it pass slowly between her lips on the exhale. I’m visiting a friend. Opening her eyes, she inched forwards. No one knows where I am and I can blend in. Her heart hammered against her ribs. Don’t turn back. She stopped at the bottom of the short set of stairs and held on to the wrought iron railing. I can do this. Thumps came from the other side of his door. Fear and revulsion coursed through her veins as she crept towards the porch. The soft thumping grew louder.

He did have someone there with him. Had to. Hot guys of his calibre weren’t alone for very long.

Her hand hovered over the doorbell. Had he just called her name? Shaking her head, she blew off the word she’d heard. A man like Marlon didn’t yearn for a woman like her. He probably fantasised about the old Jade, the Jade who took her clothes off to get attention. The Jade who ate drugs for dinner and passed out at parties. The old Jade no longer existed.

The new Jade, with thirty extra pounds, rounder cheeks, filled-out hips and honey-blonde hair, had taken her place. The Jade she’d become was the Jade she’d always been on the inside—Jaden Marie Haydenweir. Sure, she still wore designer and insisted her hair be in a perfect tousle. No need to go totally off the deep end.

Her father’s parting words rang in her ears. “You can’t make it on your own. Men want the ideal. Without the gloss, you look like the girl next door and not the ones on television. Men want fantasy, not your boring reality. You’ll see I’m right.”

Taking one more deep breath, she fisted her hand.

Had he seen her? Without thinking, she spoke. “I’m out here!” Her eyes widened and she slapped both hands over her mouth. Oh God, had she just answered him? What would his girlfriend say?

Turning around, she stepped off the small concrete porch and retreated to the parking lot. The click of her heels echoed in the silence of the evening. No, he wouldn’t see her beg or embarrass herself again. When they’d kissed in the parking lot of the airport, her blood had heated. Her mind had spun. Words she’d only spoken in jest before had flowed from her lips, I love you. She shivered. Love at first kiss wasn’t possible. Well, not in the real world—only in movies.

When she reached her car, she gripped the door handle and rested her forehead on the cool frame. Tears of mortification pricked her eyes. She had never seen another woman, but he couldn’t be alone. Maybe he’d found someone else named Jade.

Despite his common sense not to touch her, he tucked some loose strands of hair behind her ear. Sizzles went straight to his groin. Dear God, what if they really did become lovers? He’d never survive, and yet he liked the odds. Dying in her arms sounded rather pleasant. Satisfying.

When she licked her bottom lip, he came close to coming unglued. Her eyes widened. “What are you doing here?” 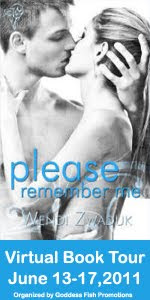 “Getting my boss’s order. I should be angry since you avoided me, but I can deal.” When her gaze raked over his body, he fisted his hand to keep from wrapping her in an embrace. “I see you’re checking out the want-ads. Which flyer caught your attention?”

She held her palm open. Three slips of paper lay crumpled in her hand. “One’s for a babysitter, one’s for a dog walker and the third is for a companion.”

Companion? His throat constricted. “Which one?”

“Who wants a companion?”

She pointed to a pink flyer. Elder in the community seeks companion. Must be able to lift a hundred pounds and willing to work nights and weekends. 555-0089 Ask for Dan. Dan Denoon, local businessman and suspected pimp. Hell, no. She didn’t know his story, but she wasn’t going to fall into his trap. Having a former celebrity would boost his popularity and get Jaden into a world she could probably handle but didn’t deserve.

“You don’t want to be his companion. He’s not looking for someone to care for his Gramma.” Despite his trust in her decisions, he sighed. “He wants an escort-slash-plaything. It’s bad news.”

Shrinking away from him, she handed him the paper. “Oh. Sorry.”

Her sweet nature would be the death of his sanity, but shit if she wasn’t cute when she was out of her element. Wriggling in his polo shirt, he shifted. When did the air get so damned hot in the little foyer? It was late October for crying out loud. “You didn’t know. Which one is for the dog walker?”

“Maybe I shouldn’t tell you. You shot my other option down.” The hint of a frown marred her coral lips. “Oh, what the hell? You’re a cop. I should trust you.” She pointed to a simple handwritten flyer. “This one. For a lady named Judi Pennywood. Know her? Does she run some sort of prostitution ring, too?” She put her hands up. “I can see it now. Granny’s Girlie Show. Come one, come all...or don’t come at all. No refunds.”

Gritting his teeth, he groaned and chuckled. “Jaden, honey, I didn’t mean that. I just—”

Before he could finish his answer, she clamped a hand over his mouth. “I’m giving you grief. I know how to do that without any training.” She scrunched her nose and winked. “So what’s the skinny on this Pennywood character?”

Wrapping his fingers around hers, he removed her hand from his mouth. Being with her felt so natural, so right. He wanted to do it some more—every day. If she’d let him. “I work with her great niece, Carol Ann. She’s a nice lady. Around eighty-six-ish. I believe she still owns a Basset hound.”

Jaden cringed. “Do they drool? I hear they make a mess.”

Rubbing his thumb over her knuckles, he considered her questions. As far as he knew, Saint Bernards drooled. Did Bassets? “I guess you’ll have to call her and find out. Carol Ann loves to tell me stories. I’d say you, Judi, and Carol Ann would get along great.”

Slowly, her gaze met his. Eyes the colour of sea glass with twinges of azure mixed in for good measure, framed by dark lashes. A man could lose himself in those eyes. “You really think this is a good deal? I don’t want taken for a ride, but I can do this, Marlon.”

“Never said you couldn’t.” He nodded to the diner. “Although I’d love to stay here and talk, I need to take the order back to the department. Want to come along?”

“Honey, you caught my eye a long time ago, but it was nothing like the ache I feel right now. I know the woman in your heart and want to feel her moving with me. I can’t catch my breath when I’m around you because I want to please you.” His kisses became rougher, more consuming, as his hands moved beneath the sweatshirt and encircled her waist. “I want you like I’ve never wanted a woman. Fuck, I think I need you more than I’ve ever needed anyone.”

“You talk too much.” Sliding her hands under the soft cotton of his T-shirt, she learnt the dips and valleys of his body. His firm nipples seared her flesh. The rasp of crisp chest hair against her palms sent pinpricks of excitement racing through her body. “Take me home.”

He panted against her neck. “Home. Yes. Now.” Fumbling to open the door, he helped her slide onto the seat. “Yes, home.”
Posted by Wendi Zwaduk and Megan Slayer at 6:00 AM