Welcome C. Margery Kempe to the blog today! I'm so glad she's here with her book, Man City. If you haven't read it, well, you should. It's hot and so much fun. Want to win something? You know you do. So what's up for grabs? A copy of Man City! Yeah! So comment and leave your name with email so we can get in touch with you. You know you want to.

I'll stop babbling. It's her guesting day, so I'll let her take it away!

I'll admit that I always used to say that sports are for playing not watching, but you can't live in the UK and Ireland without giving in to the lure of football. I remember sitting in pubs the summer of 2010 listening to the omnipresent sound of vuvuzelas. The UEFA World Cup was in South Africa and the popularity of the fan noise makers combined with the unrelenting heat made sure the sound echoed across London. You couldn't have a pint or two without getting caught up in the excitement. I recall finding my friend and I surrounded by Germans in a pub in Brixton. Why were all they all at this pub, we asked. 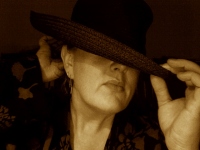 Because the other German pub was full! Who knew?

I've always thought of Manchester primarily in terms of music. I'd never been there before last year but I really enjoyed my visit there, partly because I got to see my favourite band in their home town. But like most of the major British cities outside of London, it doesn't get much recognition. Since the BBC has moved a lot of its studios there, Manchester has got a little more (grudging) respect from the south.

In football terms, its the home of the most hated team in the UK, Man United. Okay, there are some fans, but no one with any taste! For Americans, they're kind of like the Yankees -- believed by some, dismissed as greedy corporate lackeys by others (go Red Sox). Man City, their rivals across town, have much more of a working class identity. Fandom isn't just a matter of liking a team: often it's part of your local and cultural pride. You can't change teams (go Gunners!) no matter how their fortunes fare.

But there are always folks who don't much care about sports; my character Shai finds match nights a bit of a bore. She's also a bit ambivalent about having given up her previous boyfriend. She doesn't miss his football obsession, and her current boyfriend is terrific in all kinds of ways.

But why not have it all?

After flirting via texts with Stuart on the bus ride home -- and reading a dirty book over another guy's shoulder -- Shai begins to hatch an idea for some extra fun. The challenge is getting Joe and Stuart to go along with it. Fortunately they're all getting together for the match tonight, so she's got the perfect opportunity.

Seriously steamy hot stuff, but I think it's a lot of fun. You don't have to know anything about football to enjoy it, but if you recognise football chants, there's a little extra fun. I thought it was very nice of the Man City team to win the championship just in time to help promote my publication!

Footie brought two best friends together; no matter that one was Shai's ex and the other her current boyfriend.
When she flirts with Stuart on the bus ride home, Shai begins to formulate an idea to make match night more rewarding for all three of them.

A long moment later, Joe chuckled as he rested his hot face on her back, panting from his exertions.
"What brought that on?" Joe finally asked at last, straightening to refasten his trousers. "More tabloid stories about Johnny Depp?"
Shai blushed as she picked up her clothing but decided not to dress, enjoying the kitchen's warmth. Her skin still tingled.
"Oh, I blame Georgie," she quickly lied. "She was texting me all about the plans for her dirty weekend and I guess it just got me all hot and bothered. And there was this guy on the bus reading a dirty book in the seat in front of me, sporting a semi."
Better to be as truthful as possible.
Joe leaned over for a kiss before walking back to the chopping board. He put his apron back on and resumed his task—salsa for tonight’s match. "Maybe we need a dirty weekend. Fancy going up to Blackpool?" he asked.
Shai laughed. "I have never been, you know."
"You're joking!" Joe stared at her, his knife frozen in the air.
"No, truly. My dad always said it was naff. Really I think he just didn't want to shell out for a good holiday. We always went to my nan's farm. Cheap labour we were."
"Oh, Blackpool's brill! Okay, maybe a bit naff, especially back in the day, but I think you'd love it. And it would be great for a dirty weekend."
"And close by."
Joe smiled. "Speed is of the essence with you, I know."
"Not always, not always." Shai grinned. "Anything I can do to help?"
Joe shook his head. "All under control. The guacamole is the last thing." The oven chimed and he turned to grab the oven mitts and take out a tray of samosas, which he tipped into a waiting tea towel-lined basket. "We are going to have some fine feast tonight!"
God, it's great to date a fella who cooks! Shai kissed the back of his neck then grabbed the open bottle of rioja and poured herself a glass. What a great start to the evening. I must look like the cat who ate the canary. It was all she could do not to touch herself. Instead, she sipped her wine and decided to go have a bath before changing into more comfortable clothes.
"Did Stuart text you?" Joe called as she walked out of the kitchen.
Shai froze.
"Stuart?" she asked, trying to cover her guilt with a little vagueness.
"Yeah, he asked what to bring and I said it was covered, but he said he'd text you." Joe didn't look up from his chopping. Now it was onions. He had a methodical approach to the process of cooking. And other things. Shai pictured Joe’s approach to eating her out. Feast indeed.
"Oh, yeah," she said, hoping her voice sounded completely casual. "I told him to bring some red wine for me."
Joe laughed and carried on with his chopping.
Shai ambled along to the bedroom, luxuriating in the afterglow. Throwing her shoes in the corner, she dumped her clothes in the hamper and started to run a bath. A little of her favourite bath oil assured her skin would be soft and spicy for the evening.
Ah, but what difference does it make? We're only watching footie.
At least with Joe, that wasn't a nightly occurrence. He was likewise indifferent to rugby, cricket, and darts, which Stuart could not do without.
Sighing, she slipped into the warm water. Such a delicious feeling! She soaped herself with the giant sponge and thought about the evening to come. The boys looked forward to another good match. What did she have to look forward to? Shouts, beers, and too much food! But it would be nice having the two of them shouting at the telly again like old times.
The transition from boyfriend to friend was tough. In the past, she had generally found it easier just to abandon a relationship. Most guys had little interest in being friends once the lure of sex disappeared. But Shai remained fond of Stuart. He could make her laugh like no one else.
And no one was more daring than Stuart. She giggled remembering the time they had had a quickie in the women's loo at the Britannia Hotel during her cousin's wedding reception. Her aunt had walked in while they were still at it, commenting about the commonness of ‘some people’ while the two of them tried not to laugh too loudly.
Shai grinned. Stuart had been very naughty today, too. He knew how to get her motor racing. Despite the hot action with Joe, she had a restless feeling and was hungry for more.

An English professor by day, she also writes on medieval literature, film, creative writing and New Media, as well as humour, drama, mainstream and genre fiction under her real name (http://www.kalaity.com) and non-explicit romance as Kit Marlowe (http://www.kit-marlowe.com). She’s a weekly blogger at Nights of Passion on Sundays.

Posted by Wendi Zwaduk and Megan Slayer at 11:00 PM

Thanks so much for sharing my story, Wendi!

This is a great menage story. A really fun read. And it was so kind of the Man City FC to make such a stellar win just as this story hit the press. No better way to celebrate the MCFC win than with a little Man City of your own ;-)

It's all about the timing, eh?

I'm game for a man city of my own. Grin.

Thanks, Charlene! Glad you stopped by.

And Wendi, I mean who wouldn't? Which made it totally worthwhile despite being an Arsenal fan. :-)