Sunday Snoggin' with A New Story!!!

I've been hard at work in the bat cave slaving away on new stories for my readers. Heck, the characters won't leave me alone, either. So since it's Sunday and it's Snoggin' Time (woo hoo!!!), I thought I'd share a new story with all of you. Thanks to Victoria Blisse for having the Sunday Snogs. It's so much fun. Now... about that snog... 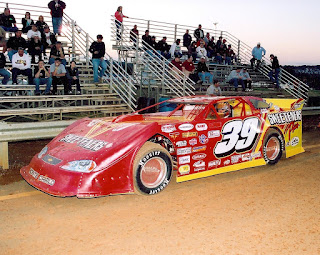 Blaine took a step back. Something happened between them, but fuck if he understood what. “Don’t tell me you came here for small talk. You hate making conversation for the sake of wasting time. What’s going on?” He touched her cheek. “You aren’t even smiling. What’s wrong?”

Her shoulders sagged and a tear slipped down her cheek. The old feelings rushed back into his heart. The longing, the need, wanting to make love to her until she screamed. God, he had it bad for her. He gathered her into his arms and stroked her hair. “Tell me who hurt you.”

Mallory stared up at him. “No one hurt me.” She wiped her face with the back of her hand, smearing her mascara. Instead of scrambling for a tissue to fix the damage, she continued staring at him. “I had a plan when I came here. And now it’s all fucked up.”

“Oh?” He brushed a lock of her hair off her forehead. “What was that?”

“This.” She threaded her arms around his neck and bounced on her toes to meet him for a kiss.

The blood rushed from his brain to his groin. He closed his eyes. She still tasted like honey and lemon. He swept his tongue over her lips and moaned when she gave him passage. He tangled his tongue with hers and held her tight to his chest. So soft and strong in his arms. Her light whimpers and the scratch of her nails on his back added to his pleasure. He drifted away, lost in the kiss, drunk on her and in total bliss. If he had more time, he’d throw her over his shoulder and take her into the camper bay of the hauler to have his way with her.

Blaine opened his eyes. Mallory hadn’t broken the kiss. She mirrored his surprise. She slipped away from him and swiped her tongue across her bottom lip. Blaine held onto her and turned his attention to the interloper.

Posted by Wendi Zwaduk and Megan Slayer at 1:05 AM

Another great kiss, thanks for joining in Wendi!