Before anyone gets the knickers in a twist, I want to say I am NOT complaining. Actually, this is a true thank you post.

I recently got a comment on a site about me. Now, first off, the comment had nothing to do with the book it was posted with. That's not the point. The comment was about me. At first, I was outraged. I mean, why would someone say something like that about me? I didn't do anything to them. Heck, I don't even think I know them.

But that's the beauty of the Internet. Anonymity. Again, not the point.

The point is, the comment and the incident served as a stark reminder. Anything done on the Internet--be it a dirty picture, a comment, a posting, whatever, is subject to anyone's opinion in return. If you write a book, you're subjected to the opinions of the reviewers and readers. Thankfully, most of my comments have been positive. I've learned from the ones that aren't. Apparently, what's on the Internet includes the actions of the author as well.

So why am I thanking the person? Simple. It's opened my eyes. A lot. I thought, ok, I can post what I want, say what I want, and it's fine. I'm being honest and straightforward. In most cases it is no big deal. Then there are those little moments that remind me, you probably said something you should've thought twice before saying, or did something you shouldn't have. Time to pay the piper.

Thank you for restoring my humble factor. Fact is, an author has to have a pretty thick skin. Reviews, now matter how nice, can always be the not fun kind. Occasionally people add things into reviews that are not really a reflection of the work, but rather a reflection on their opinion of the author. Is this right? Probably not. But, it's a First Amendment right to speak one's mind. I respect that. I do. 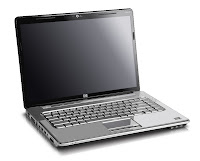 While I thank the person for opening my eyes, I do want to offer this word of caution. What you put on the Internet is more or less forever. Pictures, once unleashed on the virtual world, won't go away. It will end up somewhere. Words will still be there after the delete. So look at it this way, would you want someone to say something or post something--like a picture or a comment--you wouldn't want posted? Probably not.

Thank you for reminding me to think before I speak or post. And reminding me of the Golden Rule. "Do unto others as you'd have done to you."
Posted by Wendi Zwaduk and Megan Slayer at 4:00 AM

Email ThisBlogThis!Share to TwitterShare to FacebookShare to Pinterest
Labels: Ramblings, Thank You Thursday

Hi Wendy,
You are so right about being careful what you say or put up on the net, sometimes it's easy to forget the permanent effects and it's easy to get carried away and ramble on. Sometimes I feel I have been too honest or personal and I regret what I've posted.(but I think that's probably down to insecurity)
I live by the motto 'Do unto others as you would have done unto you' every day.
But... some people are just mean and I think it's best they are ignored!

I agree with Lauren! What I don't understand is this: if the person making the comment was so sure of what they were saying, why couldn't this person have the internal fortitude to identify themselves? Why did they have to hide behind anonymity? It doesn't say much for the person saying it and quite a bit about their cowardice!

Hi Lauren! Glad you stopped by. absolutely. No matter what you think you're saying, someone will take offense. It's a matter of life. Yanno? I'm learning to ignore when the reaction is really negative and yup, good ole insecurity strikes and i start thinking...gee....did i just really step in it bad?

Mom - Thanks for stopping by. Glad you could make it. I agree. If you can't say something nice, don't say anything at all. Because, what if you say the not nice thing and the object of your reaction wants to know why? Maybe to improve so it doesn't happen again? That's how i look at it.

Golden rule all the way.