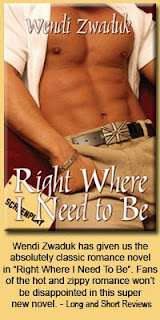 Hel-lo ladies and gentlemen. Wendi gave me carte blanche to post on her blog today.

Okay, so yes, I'm a bit of a showman. I made six motion pictures before I took a temporary respite to be with my bride. Oh, and there were the seven television shows I starred in (or guest starred or happened to show up without getting mentioned). I like the spotlight, but I'd rather put my celeb status to good use.

What am I doing now?

Funny you should ask (or be prompted). I am working with my good friend Ray to promote his race team. Ever see a late model race on dirt? If you haven't, you should. if you have, go again. I love me some dirt racing.

Where else can you see me? My good buddy Vinnie Joel wanted Cass and me in his music video. I've never been in a music video, so it's a whole new experience. Plus, I can't wait to be on camera with Cass. *sigh* She's my heart and soul.

Oh, but you don't want to see me mushy.

Well, before I go, I'm featured in a photo spread for Delish magazine. She may be the bane of my existence, but Jade asked nicely.

Have fun and go see a dirt race. You won't be disappointed.

~~Logan
Posted by Wendi Zwaduk and Megan Slayer at 4:00 AM

Email ThisBlogThis!Share to TwitterShare to FacebookShare to Pinterest
Labels: Hunks, Logan Malone, Right Where I Need to Be