The Green Stone of Healing Series by C.L. Talmadge! 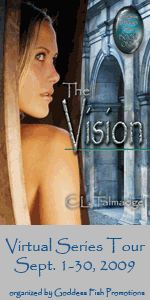 Today I have guest blogger C.L. Talmadge her to give her perspective on the compelling heroine. Who hasn't tried to write a heroine and ended up with someone who's a bit too perfect? Want to make that heroine more of an independant thinker and someone you'd want to know in life? Then read on.

Make sure to leave a comment. We'd love to hear from you. Plus you just may win a prize! Be sure to stop by her other blog stops and leave comments. You can follow her tour at: http://goddessfishpromotions.blogspot.com/2009/08/virtual-series-tour-green-stone-of.html

She can keep her legs shut, but not her lips.

Helen Andros, the first-generation heroine of the Green Stone of Healing® speculative epic, always has an opinion. And she usually cannot refrain from expressing it loudly and emphatical 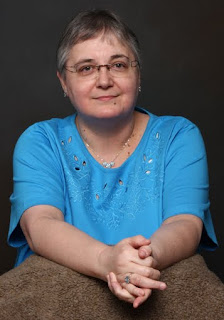 Ooops. This little character quirk continually lands Helen in hot water in her world, the lost island nation of Azgard. Women are strictly second class in this male-dominated, theocratic oligarchy. A woman like Helen, orphaned, impoverished, illegitimate, and of mixed racial heritage, is lower than a snake’s belly in the social order.

Crafting a compelling heroine is no different than developing a convincing hero. Readers want and deserve characters of either gender who stay on their minds and intrigue them long after they put down the book. Characters who test their intellects and tug at their hearts. Characters who at once seem very real yet somehow a bit larger than life.

The first step to crafting such a heroine is to know her thoroughly. Not just how she looks, but who she is, mentally, emotionally, and spiritually. This process entails taking a lot of time to think about her.

In imagining the Green Stone of Heal 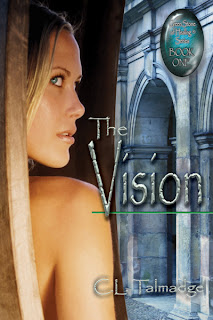 ing® series, I focused attention on Helen and her descendents for more than three decades before finally starting to write about any of them. These characters captivated me, marching into my conscious awareness and introducing themselves, telling me their names and showing me a lot about who they are and what transpires in their lives. I didn’t need movies with these folks crowding my thoughts.

Once I began putting their story into words, I realized that all compelling heroines have character attributes that, shall we say, enhance their personal challenges. Some might call them character flaws, but no matter what the label, they make life a lot less smooth for the character and thus more interesting for the reader.

Had Helen, for example, been able to express her opinions a little more diplomatically, her negligible social standing would not have been nearly so painful for her. Because she annoyed or belittled or insulted them, those who did not like her used her lack of status to wound her in return. 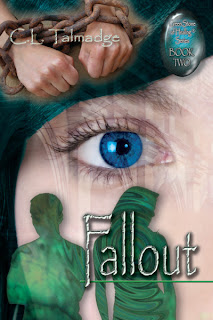 Regardless of her social standing, Helen personally seems to have so much going for her that she might be hard for many readers to identify with or like. She’s extremely intelligent, has a beautiful face, and a gorgeous, 6-foot plus figure. She’s also independent, tough-minded, and determined enough to have earned a medical degree and credentials on a scholarship.

If she seems too perfect to be true, she’s not. There’s her foot-in-mouth disorder, for starters. Next there is her near total lack of self esteem and her deep fears. She uses her intellect like to shield her from the pain in her heart over the loss of her mother at age eleven and her never knowing her father’s identity until she was thirty-one years old. She meets the definition for clinical depression and is close to being anorexic.

In other words, Helen is vulnerable in many ways. And it is a heroine’s vulnerabilities and mistakes that endear her to readers while helping to advance the plot. Few want to read about Little Ms. Perfect. There are enough irritating people in this world without going to the trouble of finding them in books, too.

Helen also has positive attributes to balance her flaws. She is kind-hearted and generous with her love, especially for those she perceives as vulnerable, like her patients or children. She’s got an earthy sense of humor and a playful streak, although she is a workaholic. 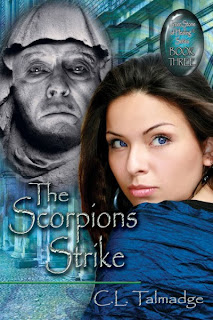 One of my major frustrations as a young reader was that most books four decades ago did not have of female protagonists. Males were generally the main characters, except for domestic fiction like Jane Austen’s novels. Even contemporary fiction primarily confines female characters to shopping, having sex, or fighting with their mothers for goodness knows what reason.

In sharp contrast, Helen and the other heroines of my series are people of consequence, whose actions, while not always successful, make a difference in their world. They are heroines in every sense of the word.


C.L. Talmadge is the author of the Green Stone of Healing® speculative epic. The fourth in the series, Outcast, will be published Oct. 1. Vote for the first book, The Vision, by Sept. 25 and get a free e-book on healing, love, and spirituality. Details at her blog: www.healingstonebooks.com/stonescribe 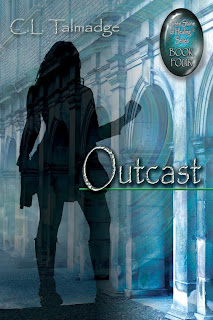 e series features four generations of strong-willed female characters who inherit a mysterious green gem ultimately revealed to mend broken bones and broken hearts, protect against missiles, and render its wearers undetectable.
For more information about each book, please visit http://www.greenstoneofhealing.com/
Posted by Wendi Zwaduk and Megan Slayer at 7:10 AM

Great post! Thanks for stoppng by. I can't wait to read the series.

This was great! I'm intrigued, and I can certainly relate to writing/crafting an in-depth heroine. Don't get me started on that one. LOL. Will definitely have to give your books a look.

Great interview. Would love to read your books!

I would love to read this book and the post was great.