Protecting Her Pride by Jade Webb 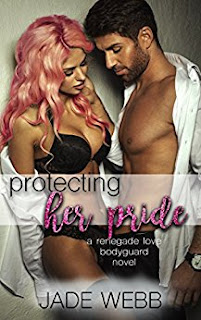 
Okay, sure, take a picture. I know you want to. Trust me, I’m used to it. I’ve been in the public eye since I was fifteen years old. And now a decade later, I am one of the most recognizable faces on earth.

But fame can sometimes come at a high cost. Like my recently discovered stalker intent on kidnapping and chopping me into a thousand pieces.

And I’m freaked out. So I call the only person who I know I can trust. The man who was like a father to me and who led my security team my entire career.

Except he’s also the man I fired eight months ago when I was drunk and upset that he had punched my boyfriend (not that I could really blame him, my boyfriend is kind of an idiot). So I decide to go back and beg him to come back and work for me. Except he’s now retired.
But he has another idea.

His son: Roman. My first kiss. My first love. My first everything.
The boy who I dumped two days before he was set to be deployed to Iraq. The boy who’s heart I broke. The boy who has cruelly haunted all my dreams ever since.

Except he’s not a boy anymore. No, he is most definitely all man. And while he agrees to help me out, be my bodyguard until my creepy stalker is captured, he obviously still hates me. And I can’t blame him. I hate myself, too.

But when my stalker starts to escalate, and I realize this threat is serious, Roman is the only one I can turn to. But how can I ever reveal the truth of why I had to break his heart seven years ago? 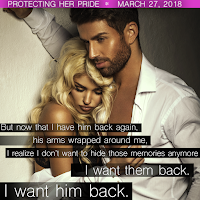 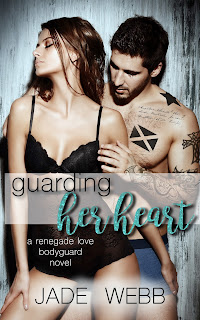 
Trust me, even though I've had a silver spoon in my mouth since I was a fetus and have a world-famous pop diva as a sister, there is nothing I want more in the world than to fade into the background and live out my Law & Order fantasy of becoming a public defender.

The only problem is my dad won't bankroll law school unless I spend the summer following my older sister on her arena tour, keeping her out of trouble and making sure she doesn't have yet another embarrassing public meltdown. Now relegated to a glorified babysitter, I am stuck lugging my ten-pound LSAT prep books through hotel lobbies and taking practice tests in my sister's dressing rooms.

Then I find myself caught in a love triangle with my sister's arch nemesis, bad boy popstar Jordan James and Liam, my sister's confusing and irritatingly gorgeous Scottish bodyguard. Too bad I've sworn off love after seeing my own parent's train wreck of marriage end with heartache and misery.

I'm tired of living under my family's careful rules and law school is my way out. I won't let anything get in my way. I won't let anyone close enough to break down my walls.

I am a lover of romance novels that feature strong heroines who know that the loves that may come into their lives are always the icing, and never the cake.

I have loved romance novels since I was a teen, sneaking them into my Bible studies at my all-girls Catholic school. I love strong heroines who know that the men that may come into their lives are always the icing, and never the cake.

Thanks to my own marriage, I have learned that the challenges of life can only help to make love stronger and I am grateful to my partner for embodying all the magic that love can offer.

When I am not writing or dreaming up new love stories, I am working in a retirement community outside of Boston that provides me with enough writing material for ten lifetimes.

Bookbub: https://www.bookbub.com/authors/jade-webb
Posted by Wendi Zwaduk and Megan Slayer at 12:00 AM

Thanks so much for sharing :)