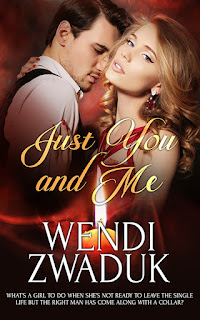 
What’s a girl to do when she’s not ready to leave the single life but the right man has come along with a collar?

Ryder Lucas didn’t come to Exposed, looking for a sub. He joined his best friend’s club to demonstrate fetishes and enjoy the single life. Then he sees Cat and uses her for a scene. She’s everything he’s ever wanted in a sub and a woman. He won’t rest until the blonde bombshell is his.

Catharina ‘Cat’ McLean doesn’t want a permanent Master. She’s happy taking part in the occasional scene but won’t be collared. She’d rather be in control of her life. When Ryder asks her to be a part of a scene with him, she sees no reason to refuse. He’s tall, dark, handsome and she can’t resist him. He knows how to play with her fetishes—wax, ice and bondage—but is she willing to submit to him on a full-time basis?

Who knew finding a heart’s desire would be this all-consuming?

“Sir?” She rested her hands on her hips but held onto the card. “Question.”
Ryder froze, then turned around. His eyes widened. “You’re topless.”
“You told me to disrobe.” She tipped her head. “May I pull my hair back?”
“Of course.” He nodded. “I want you to be comfortable.”
“Good.” She turned her attention to removing the rest of her clothes. Another thought occurred to her. “What about shoes? Do you want me in heels? Boots?”
“Bare is fine.” He held out his hand. “Do you have the elastic—or clips—for your hair?”
“Oh!” She offered up the black band.
He stood behind her and gathered her hair at the crown of her head. “Tell me if this hurts.”
“I get off on the pain,” she said. A laugh bubbled in her throat. At least he’d made her feel comfortable. “You’re fine.”
“Good.”
She bit back a moan. She loved having her hair played with. When a man ran his fingers through the long strands and massaged her scalp, the motions sent her into another orbit. She swayed then righted herself. “Thank you, Sir.”
“You’re welcome.” He stood before her again. His gaze slid up and down her body. “What’s the card?”
“That’s how I get into the office. I usually keep it in my bra, but since I don’t have one on…” She hesitated. “Would you keep it for me? On your person? It’s very important. I don’t like to have it out of my sight.”
“Of course.” He tucked the card into his front pocket. “Won’t leave here until you ask for it.”
“Thank you.” Relief washed over her. She clasped her hands behind her and widened her stance a bit. Did she measure up? Chilly air caressed her body. Electricity zapped her from within.
“You’re pierced.” He tapped her nipple. “What other surprises do you have?”
“I guess you’ll have to find out when we play.”