It's a book blast with Summer's Family Affair and Cynthia Gail! Check it out! Be sure to comment because there are some cool prizes involved. Cynthia Gail will be awarding a $15 Amazon/BN GC to a randomly drawn winner via rafflecopter during the tour, and a $10 Amazon/BN GC to a randomly drawn host. So comment early and often. You can also follow the tour here: http://goddessfishpromotions.blogspot.com/2015/04/vbt-summers-family-affair-by-cynthia.html
Now for that book!

~~~~~~~~~~~~~
Jenny Cohen defines successful independence: she put herself through college, couldn’t ask for better friends, owns a consulting firm, wears designer clothes, and just moved into her dream home . . . But she’s alone, except for her ailing mother whom she supports in a nursing home. As the 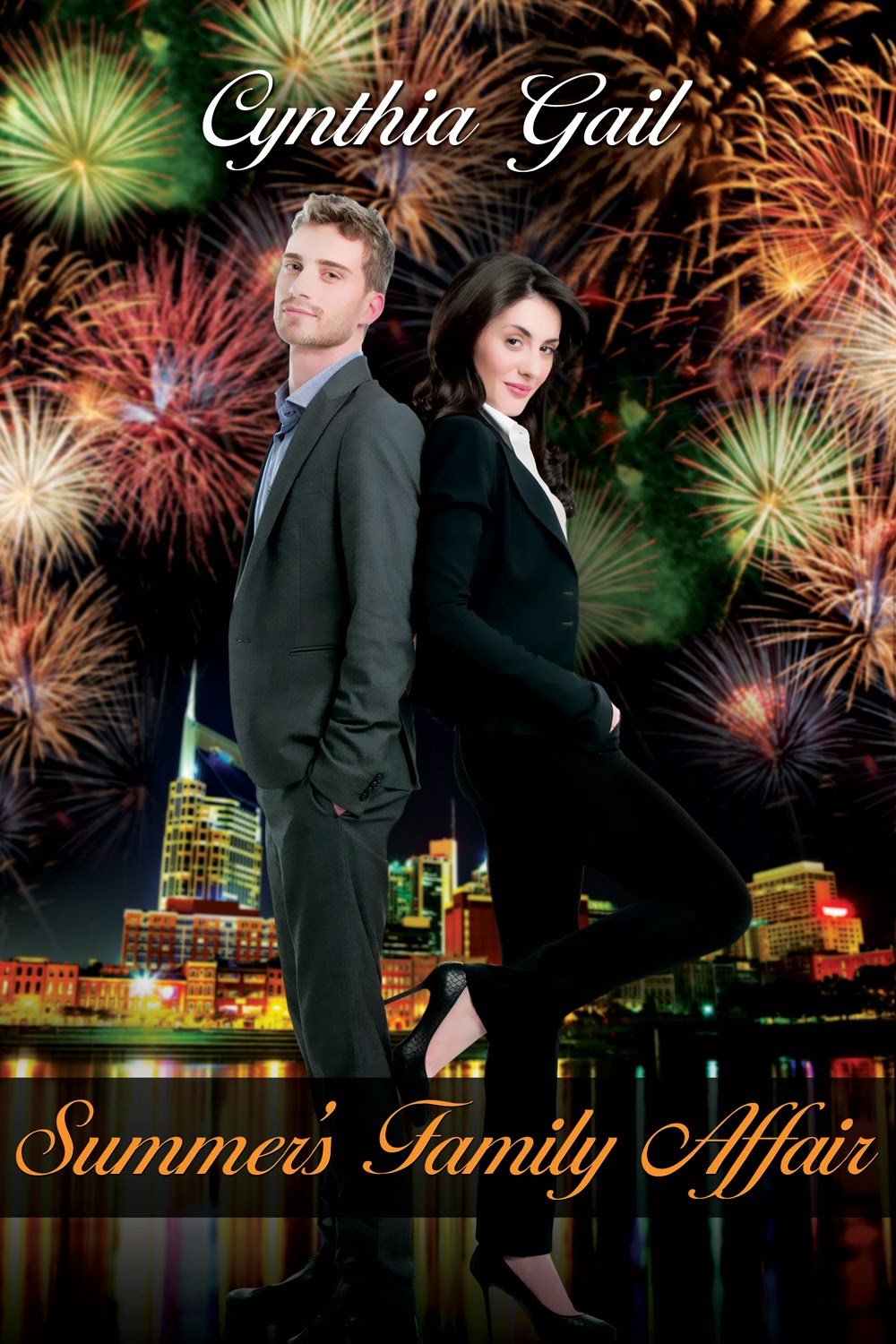 Architect, Craig Stone, hasn’t looked at another woman since his wife passed away four years ago. His time is taken—building a career while trying to be both mother and father to his eight-year-old son. But when his appointment with the largest development firm in Nashville is double-booked with a black-haired beauty, he finds himself reaching for new possibilities.

The attraction sets off more fireworks than the Fourth of July. Yet, their relationship is riddled with issues neither one of them expected. Somewhere in the middle they must find a way to compromise or let go of a chance for love they may never find again.

“Ms. Cohen,” he said, “we still have a few more questions, if you don’t mind sitting back down.”

“I do mind, Detective. My car is totaled.” She pointed to her red BMW Z4 convertible, now an ugly pile of metal being loaded onto the back of a tow truck. “I’m tired and sore and I want to go home. If you have any more questions, I would be happy to meet you at your office on Monday morning.”

“No, you don’t understand. I’ve given my statement three times and I don’t know anything else. Now, is somebody going to give me a ride home or do I need to call a cab?”

Jenny turned and saw Craig standing less than three feet behind her. He was wearing a black suit, royal-blue shirt, and matching necktie. What a sight for sore eyes . . .

“I can give you a ride home. Let me take your bag.” He held out his hand and she let him take it. “Come on. I think you’ve had enough.”

As bad as she felt and knew she looked, she couldn’t turn away his offer. She fumbled through her purse, found a business card, and handed it to the detective. “Call me on Monday if you need more information.”

She turned back to Craig, who now stood so close she caught a hint of his cologne and couldn’t help the shiver that ran up her spine. He pulled a card from his wallet and handed it to the officer. “If you call her before Monday, call Mr. Warner first. He would be happy to make arrangements for any meeting you can justify to his satisfaction.”

Suddenly, he lifted her into his arms.

“Craig! Please, put me down,” she shrieked, then tried to compose herself. “I can walk just fine. I know I look like a train wreck, but I’m really okay.” Okay if she only referred to injuries. Being cradled against him, she could feel the taut muscles of his chest and her heart almost stopped.

“Jenny, you have no shoes and the street is covered in broken glass and plastic. I’m not letting you walk across it with just socks on your feet.”

Resigned, she relaxed and laid her head on his shoulder. “Thank you,” she whispered into his neck and breathed in a lungful of deep musk.

“That’s better. My car isn’t far. I’ll have you home in just a few minutes.” My husband and I live in the suburbs of Nashville, Tennessee with our three dogs. When I'm not working or writing, I can be found with family and friends. I love to bake in the winter, grill in the summer, and on occasion, I sneak away from everyone and curl up with a good book.


Spring’s Surprise   http://amzn.to/1Np002k
a Rafflecopter giveaway
Posted by Wendi Zwaduk and Megan Slayer at 12:00 AM

Thanks for having me today!