It's a Super Book Blast with A Promise Kept by KS David. Check it out! Oh and comment because there are prizes involved! K.S. David will be awarding a $10 Amazon/BN GC to a randomly drawn winner via rafflecopter during the tour, and a $10 Amazon/BN GC to a randomly drawn host. You can follow the tour here: http://goddessfishpromotions.blogspot.com/2015/04/book-blast-promise-kept-by-ks-david.html The more you comment, the better your chances of winning!

A PROMISE KEPT
by K.S. David

Quinn McGuire only wanted to lay her mother to rest. She planned to hustle out of Hayden County, 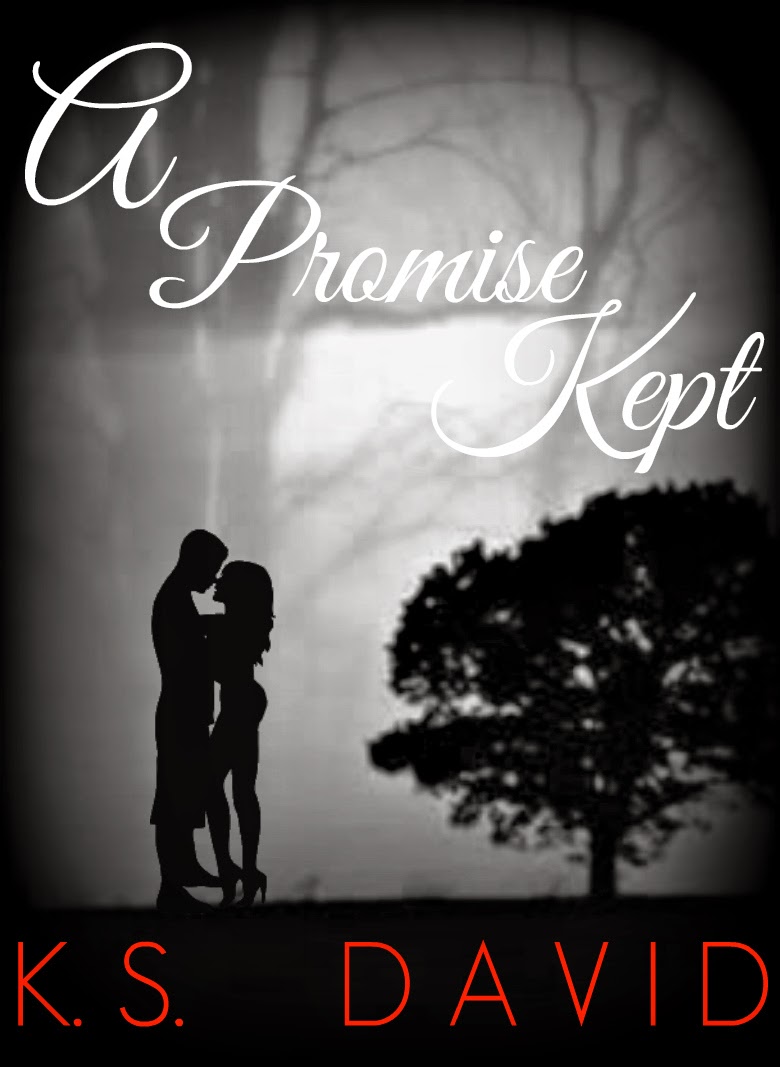 Kentucky once it was all done. The town held nothing but bad memories for her. She’d never forget the echoes of children’s taunts calling her poor trash and whispers about her daddy's crimes. With the exception of her best friend, Jack Lassiter, there was no one in Hayden she cared about - and she’d even been hiding from him for the last two years. But in less than 24-hours after her arrival, Quinn’s brother gets arrested for murder, derailing her plans for a quick exit. Quinn has to find a way to clear his name, but shadows from her past threaten her efforts and her sanity. As she moves closer to the truth, she just may be putting herself in the path of the real killer.

Jack was an intentional man who rarely did anything that didn’t serve a purpose. When he trained his shrewd green eyes upward, I realized it had been his aim to touch me. My reaction to his hug earlier hadn’t gone unnoticed.

Taking the swing next to him, I pushed off gently and moved back and forth.

“How long are you going to be home this time?” he asked. There was no reservation in his voice - no indication there had been a break or shift in our friendship. His easy way belied the fact that we hadn’t spoken in over two years.

Shrugging, I said, “Dunno, a couple of weeks I guess. I figure it will take that long to settle Ava’s affairs - sell the house and do something with the salon.”

The answer seemed to satisfy him, and an awkward silence settled between us as an afternoon breeze whistled and tossed dry leaves across the yard. We shared the same birth date, but at thirty-eight, there was wisdom in Jack’s face that made him seem wiser than his years.

I sighed and looked at the sky before speaking. “I’m sorry for not staying in touch.”

He took a sip of coffee and nodded toward me. “And.”

“And…” I hesitated, “you are… my best friend, and you deserve more than that.”

He rolled his eyes. “And... you are going to tell me why you disappeared without a word for two years.”

Taking a deep breath, I shook my head slowly before looking at him. “No,” I said quietly. “Not yet. I will tell you one day but not right now.”

K. S. David lives in the Mid-Atlantic with her husband, their three children and a menagerie of pets.

New storylines are constantly running through her head and she keeps notebooks tucked in pockets of the car, the nightstand and makes voice recordings just about all day long. She's addicted to true life mysteries and crime shows, both of which marry well with a great romance. Some of her favorite things are long walks, reading in bed, baking and of course, writing her next novel.