Book Blast Virtual Tour ~ Love, Loss and Longing in the Age of Reagan by Iris Dorbian

It's time for a book blast! Woo hoo! This one features the book, Love, Loss and Longing in the Age of Reagan, by Iris Dorbian. Check it out. You'll want to comment, too. Why? Iris Dorbian will be awarding a $20 Amazon/BN GC to a randomly drawn winner via rafflecopter during the tour. You can follow the tour here: http://goddessfishpromotions.blogspot.com/2015/04/book-blast-love-loss-and-longing-in-age.html

LOVE, LOSS, AND LONGING IN THE AGE OF REAGAN: DIARY OF A MAD CLUB GIRL
by Iris Dorbian 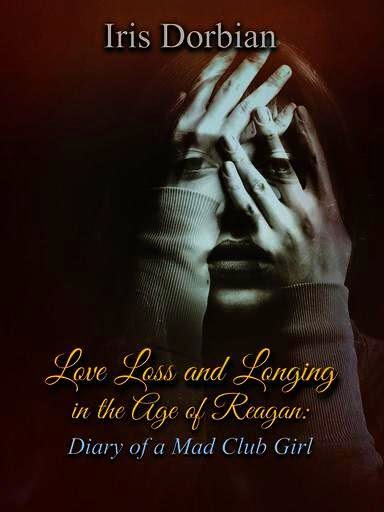 It's the early 1980s, MTV is in its infancy, the Internet does not exist, Ronald Reagan is president and yuppies are ruling Wall Street. Edie is a naïve NYU student desperate to lose her virginity and to experience adventure that will finally make her worldly, setting her further apart from her bland suburban roots. But in her quest to mold herself into an ideal of urban sophistication, the New Jersey-born co-ed gets more than she bargained for, triggering a chain of events that will have lasting repercussions.

The following week I looked at my grades and knew I had to do a serious overhaul if I wanted to get into NYU. Sure, NYU was not the Ivy League but it was a respectable institution of higher learning and a menu of B’s, C’s and one D (for geometry) wasn't going to admit me into Valhalla. I needed to get straight A’s or else.

Until my sophomore year, straight A’s were the norm for me. But then feeling bored and listless with my sheltered suburban lifestyle, I fell in with a crowd of misfit kids, potheads and pill-poppers, some dropouts, others permanently jaded with the status quo—all railing against authority.

Before I was the archetypal geek who dutifully read every assignment, handed in homework on time and always raised her hand in class. Afterwards, my daily regimen consisted of cutting classes and getting high in the bathroom with my new pals.

Sometimes we’d bolt from the premises altogether to go to Paramus Park Mall, where we’d drop speed in the bathroom before driving back to catch the last class or two.

That soon changed when I made going to NYU and moving to my Shangri-La, the Village, my all-consuming goal. I removed myself from the dead-end clique and got back on the academic track. Soon my mediocre grades were replaced with straight A’s.

In the late winter of my senior year, my guidance counselor collared me in the hallway before I made my way to algebra. He told me that he had just gotten off the phone with NYU admissions. They had accepted me and I was going to get a pretty nice financial aid package. I don’t think anything else stuck in the hollows of my brain the remainder of the school year.
Moving to the Village to attend NYU in September of 1979 was more than just a fulfillment of a teen goal: It would be a watershed in an incomplete life, introducing me to three
relationships that would haunt me like a specter long after they were over, leaving me with an emotional legacy that I would never get over. Iris Dorbian is a former actress turned business journalist/blogger. Her articles have appeared in a wide number of outlets that include the Wall Street Journal, Reuters, Venture Capital Journal, DMNews, Playbill, Backstage, Theatermania, Live Design, Media Industry Newsletter and PR News. From 1999 to 2007, Iris was the editor-in-chief of Stage Directions. She is the author of “Great Producers: Visionaries of the American Theater," which was published by Allworth Press in August 2008. Her personal essays have been published in Blue Lyra Review, B O D Y, Embodied Effigies, Jewish Literary Journal, Skirt! Diverse Voices Quarterly and Gothesque Magazine.


https://www.facebook.com/iris.dorbian
a Rafflecopter giveaway
Posted by Wendi Zwaduk and Megan Slayer at 12:00 AM

Thanks so much for hosting my book on the blast tour! Question: In one word, how would you describe your college years?