YOU OWN ME by Wendi Zwaduk 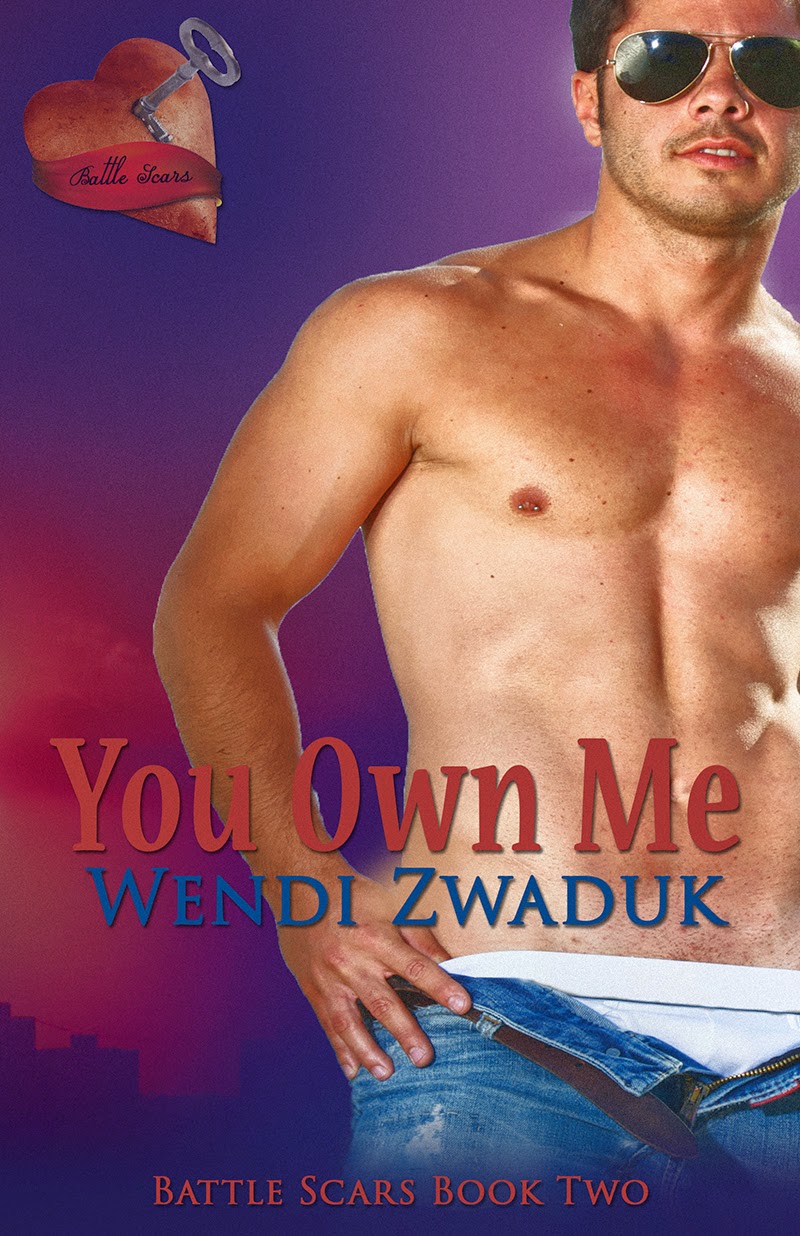 Will the tiger shifter and the Seer find their happy ending or will the Sources keep them apart?
***
When the rest of the world fails, we’ve got each other.
Always.
Creighton Leigh likes to play by his own rules—until he’s tasked with defending the other Supers. Not a problem. He’s called by the Sources, the mystical beings in charge of the universe, to find his mate. There’s only one problem—he’s convinced he’s already got her in his arms.
Will he be able to embrace the will of the Sources while following his heart?
Vanessa Skye loves her tiger shifter. He’s everything she’s ever wanted in a man. But her will and the will of the Sources isn’t the same. They have other ideas for her man.
Sometimes accepting the future means letting go, but she’s not leaving him without a fight.

EXCERPT:
©Wendi Zwaduk, 2014, All Rights Reserved
“Come here, tiger, and learn your fate,” Creighton mumbled to himself. “You’ve been tasked with defending the Supers,” he continued. He knew his job. He’d been defending his friends as long as he could remember. But meeting with the Sources? He wasn’t sure what they wanted. The Sources, the oldest beings in the universe, had called on him. When the Sources summoned a Super, he or she was to drop everything and show up. He or she would learn their fate and accept what the Sources planned. As far as he was concerned, he knew his fate—protecting his human, Vanessa, from the rogue Hunters.

He stared at the rock walls of the cave of the Sources. Who lived in such a rustic place? Sure, he was a tiger and the animal preferred the outside, but bland black and gray walls with no illumination? Come on. He needed a way to see where he was going, energy...something not here. His shoes clunked on the hard packed earth as he strode to the bit of brightness at the end of the cave. He noticed shadows moving in the faint glow. The Sources? He’d found them? Cool.

“Come closer,” the Leader said. He leaned forward enough for Creighton to see his scraggly white beard, but not his face. The hood obscured the Leader’s face. The being pointed a long, bony finger at Creighton. “Do you know why you are here?"

“I’m here to learn my fate and to thank you for summoning me.” Creighton suppressed a smile. Never let it be said he had no manners. “I’m Defending the Supers, like you’ve asked.” He wondered what exactly the Leader was sitting on. Air? A rock chair? He couldn’t tell. Not knowing added to his growing alarm. Would they whisk him away to fight another part of the war and force him to leave his friends? Crazy thoughts, but then again, he wasn’t sure what to expect.

“You’re a cocky tiger.” The Leader turned over his palm. A flash of light emulated from the center of his hand. “You have been called upon because of the war. It has grown much worse than anticipated and is out of control. You need to be doing more than simply defending.”

Creighton nodded and tuned his thoughts to fight mode. “We cannot tell the rogue Hunters from the main group. The Defenders are trying their best, but without information, we feel we’re all working blind.”

“You are,” another Source said. This one sounded female. “The supernatural races depend on you.”

“Wait.” Creighton disobeyed the cardinal rule of the Sources and stepped closer to the ancient beings. “Me? Our merry band of misfits is a solid unit. You can’t mean that I am the only one who can stop this. You just told Kynan he was the one to end the war. This cannot wholly be on my head.” Good Goddess, he understood tactical maneuvers and reconnaissance, but playing with emotions and understanding the enemy weren’t his strong points.

The Source cackled. “You will grow in numbers.”

“Great.” He liked the sound of the group getting larger. Maybe they’d find some more vampires and a couple more shifters to balance them out. Or they’d be given the opportunity to have children. He wanted to make lots of children with Vanessa. “We can use all the help we can get, but you said to grow in numbers. Is having children right now a good idea?”

“Not so fast, tiger. Do you enjoy being in your human form?”
“Yes, very much.” But he didn’t like the tone change in the Sources. “Why?” More of his surroundings came into view. Black and brown streaked on the walls along with something else—figures. He tipped his head. He should’ve been listening, but the images grabbed his attention. Some of the folk art type figures looked like animals.

“To keep the human form from being locked away forever, you must find your mate. It is time you accepted that part of your fate as well,” the Source said, pulling his attention back to the situation.

“I believe I’ve found her.” Now they were getting somewhere. He’d known all along his fate lay with Vanessa and that she was his true mate. He thought about her in his dreams. Even if she turned him down, he knew where his heart belonged—with his Pasha, Vanessa.

“You believe? Tiger, there is much more to finding a mate besides belief.”