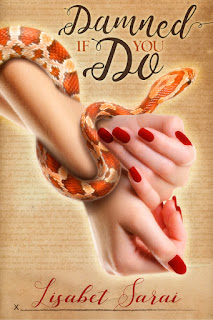 Nothing you can't afford to lose, my dear.

Seduced by the enigmatic Mister B, she signs his infernal contract. He becomes both her Master and her coach, managing her suddenly flourishing career as well as encouraging her lusts. Under her mentor’s nefarious influence, she surrenders to temptation and has sex with Daniel. The casual encounter turns serious when she discovers her mild mannered agent has a dominant side. As the clock ticks down to her blockbuster release and Mister B prepares to claim her soul, Wendy must choose either celebrity and wealth, or obscurity and true love. 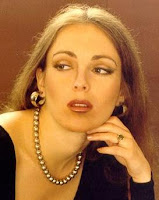 You’ll find information and excerpts from all Lisabet’s books on her website (http://www.lisabetsarai.com/books.html), along with more than fifty free stories and lots more. At her blog Beyond Romance (http://lisabetsarai.blogspot.com), she shares her philosophy and her news and hosts lots of other great authors. She’s also on Goodreads and finally, on Twitter.

The Lure of Surrender

One instant, they were wrestling for the check in the Café Gallette. The next, Wendy found herself sprawled on the bed in some hotel room, with Dan stretched out beside her.

What the hell? As Dan moaned and rolled on top of her, she understood that hell had indeed been intimately involved in the sudden, disorienting transition. 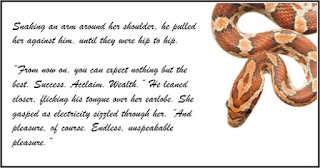 “Dan—wait! No, please…” She squirmed beneath him, but his weight pinned her to the mattress. Her struggles only made his erection swell further.

He ground himself against her pubis, striking flares of pleasure whenever his cock nudged her clit. Somehow he’d managed to grab her wrists. He swept her arms over her head, as her heroes so often did to the heroines. She tested his hold; he was surprisingly strong for an intellectual with a desk job. There was no way she could escape, not until he let her.

The realization made her pulse race and her pussy weep.

“Finally, I have you where I want you, Wendy.” His voice was hoarse with emotion. “You’re mine now. Mine!” 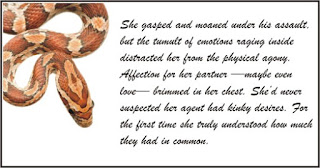 That word. Almost as powerful an aphrodisiac as ‘surrender’.  All her life, or at least since puberty, she’d fantasized about being owned, a slave to some virile and demanding man who would use her however he wished.  Her nipples contracted into tight, throbbing knots. Her sex was awash with evidence of her need. She wanted to let go, to let him take what he wanted and damn the consequences. Still, she made one last effort at rationality.

“Stop now, Dan. Please. If you don’t, we’ll both be sorry tomorrow.”

Instead of answering, he covered her mouth with his own, sliding his tongue between her lips and kissing her with delirious, terrifying force. He was taking possession, staking a claim. His power dizzied her. She was intoxicated by his unexpected dominance. Relaxing into the bed, she let him devour her. What else could she do?

There is a contest!! Check it out and enter.

To enter, readers must:

Leave a comment with their email address on my release day announcement page:  http://lisabetsarai.blogspot.com/2017/04/out-today-damned-if-you-do-bdsm-pnr.html

Release blitz organized by Writer Marketing Services.
Posted by Wendi Zwaduk and Megan Slayer at 12:00 AM

Thanks for hosting my release blitz, Wendi!