A desire for justice as strong as their passion for each other. 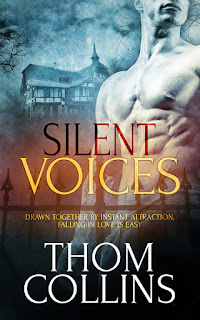 Concerned about the welfare of his young cousin, Josh Jackson, a restaurant owner, traces the boy to Winterstone Grange, a gated manor deep in the country. Miles from anywhere, the protected walls of this stately house conceal dark secrets. Josh’s search brings him into contact with Ed Brolin, a handsome journalist who has spent weeks investigating the secrets of the Grange and its owner. Ray Armstrong is a wealthy business man with influential connections in Parliament and the police. Ed knows exactly what goes on at the Grange but without evidence, he hasn’t got a story.

Drawn together by instant attraction and a powerful hunger for justice, Josh and Ed are determined to expose the sordid secrets of the grange despite the risks it poses. Josh has never met a man like Ed before—so strong, determined and masculine. Falling in love is easy. But they’ll have to put their emotions aside if they’re going to give a voice to all the silent victims of Winterstone Grange.

Get your copy at any of these fine retailers:

Josh Jackson didn’t worry when his cousin failed to come home. It was Saturday night and Kevin was eighteen. Josh wasn’t about to impose a curfew on the kid. Neither was he going to babysit. Kevin was old enough to take care of himself.
Josh checked Kevin’s room when he came home from work at one o’clock. The spare bed hadn’t been made since Kevin had gotten out of it that morning and yesterday’s clothes were all over the floor—discarded jeans with his boxers still inside them, a scruffy T-shirt and a pair of dirty socks. The smell of the socks hit him from the doorway. Despite the reek of cheap deodorant and aftershave filling the room, the socks were pungent. Teenagers. Josh wasn’t about to tidy up after him so he left things as they were, including the damp towel draped over the foot of the bed. The kid was only staying a 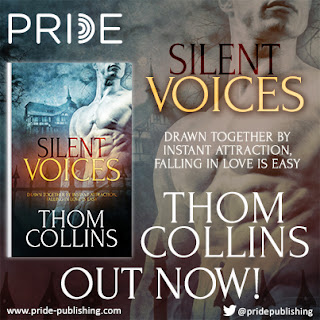 few nights. If he wanted to live in a mess like that, so be it, so long as he left the place as he’d found it when he moved on.
Josh shut the door and went to bed. He wished his cousin luck. If the boy wanted to get laid, he’d rather he did it somewhere else. It was bad enough that Josh’s lodger, Bobby, regarded the place as a Grindr pit stop, without his cousin treating it like a knocking shop, too.
Josh read for a while and half-listened for the sound of Kevin coming home, but eventually fell asleep.
He wasn’t overly concerned in the morning to find Kevin’s room just as he’d left it, though by now it smelled considerably worse. The fancy fragrances had worn off and all that remained was the fetid odor of teenage sweat and damp towel. So, he stayed out all night. Good on him. Josh had been a teenager once, a horny one at that, so he could totally relate. Kevin wouldn’t get the chance to fuck around much when he was at home. His mother had very rigid views on that. It wouldn’t have mattered whether Kevin had turned out straight or gay. His mother had raised a good boy and intended to keep him that way.
Kevin will be going back to her in a couple of days. He might as well have fun while the leash is off.
He was a good-looking lad. Josh knew he’d be popular in town. A little baby-faced for his age, but with the family features of blue eyes and blond hair, his fresh twinkie image would attract plenty of attention. He looked a lot like Josh had at that age. Josh had been a slim-looking twink until well into his twenties. It was only in the last few years he’d filled out with muscle and looked more like a man. The beard helped. How grateful he’d been when the ability to grow more than a few wisps of pale chin-fluff finally occurred. He kept it neat with a regular trim, but now that he had grown a beard, he couldn’t ever see himself being without one.
Josh called Kevin’s mobile while waiting for his morning coffee to brew. It rang a few times before going to voicemail. “Hi, it’s me,” he said. “Not checking up on you, I just want to know you’re okay. Give me a ring back, or a text when you get this message. Just to say you’re alive… Otherwise I’ll have to call your mother,” he added jokingly and hung up.
He had bigger concerns than a randy teenager. His restaurant, The Cellar Steps, was short on staff today and fully booked for both lunch and dinner. He’d asked all his remaining staff to come in early to help with the prep and service, which meant getting in even earlier himself. As the owner, it wasn’t necessary, since he employed a manager for the day-to-day running, but Josh believed in setting an example from the top down. That meant rolling up his sleeves when things got tight. He thought about putting a little cash Kevin’s way to help out, if he arrived home in decent time and wasn’t too hung over.
He heard the heavy thud of the newspapers landing in the hall. Perfect timing. A little news and some freshly brewed coffee. A relaxing start to an otherwise hectic day.
Josh sat at the kitchen table with multiple Sunday supplements spread all around him when Bobby stumbled out of his bedroom in just his boxers and a T-shirt, yawning and scratching his belly and balls at the same time. His semi-hard dick waggled in the front of his shorts. Bobby lurched into the bathroom and returned a few minutes later, looking fractionally more awake, minus morning wood.
“Coffee?” Bobby asked. “Okay if I help myself?”
“You know where it is,” Josh said, drawing back from the stench of alcohol that came off him in stale waves. “Jesus, your blood must be one hundred proof.”
“I think I’m still drunk,” Bobby observed. “The hangover hasn’t kicked in yet.”
“I don’t envy you when it does.”
“One cup of this and I’m crawling back beneath the duvet.”
Josh looked at him uncertainly. An idea had just occurred to him. He hoped he was wrong. “I don’t suppose my cousin is under that duvet with you?”
Bobby chuckled, his dark eyes crinkling. “Wouldn’t that be something? He is kinda hot. But little blond cupcakes are not my thing. In Kevin’s case, I could make an exception. Maybe.”
“But did you?”
“Too close to home, bro. The kid’s a cutie but he ain’t worth the earache. I’d never hear the last of it.”
It was some relief. Josh didn’t have a problem with his young cousin fucking around—but with Bobby, no way. His lodger was a good friend but a total slut. Kevin would need a lot more experience under his belt before he was ready for that old hound. “I don’t suppose you do know where he is? He hasn’t been home.”
“He’s between somebody’s sheets, all right. I walked into town with him last night, had a drink and showed him where to go.”
“You left him on his own?”
“No, he left me. I guess I cramped his style. He headed off toward Gala Square with a group of studenty types. He didn’t know how fast to ditch me once he got to talking to people his own age.”
Josh loosened up again. He’d been right about Kevin. He knew what he was doing. A young man in a new city making friends fast. There was nothing to worry about. 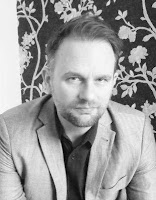 Thom Collins is the author of the novel Closer by Morning, with Pride Publishing. His love of page turning thrillers began at an early age when his mother caught him reading the latest Jackie Collins book and promptly confiscated it, sparking a life-long love of raunchy novels.

His novella Silent Voices will be published by Pride in May, followed by the novel Anthem of the Sea, the first book in the Anthem Trilogy. He has recently finished writing the second book in a series and is making plans for the third.

Thom has lived in the North East of England his whole life. He grew up in Northumberland and now lives in County Durham with his husband and two cats. He loves all kinds of genre fiction, especially bonk-busters, thrillers, romance and horror. He is also a cookery book addict with far too many titles cluttering his shelves. When not writing he can be found in the kitchen trying out new recipes. He’s a keen traveler but with a fear of flying that gets worse with age. Since taking his first cruise in 2013 he realized that sailing is the way to go.