From the Most Unexpected Places – Dellani Oakes

I'm sharing the blog today with my dear friend Dellani Oakes today. Read on, she's got lots of great things to say!

For an author, finding inspiration is a daily thing. It's amazing what will spark the imagination and send us into a writing frenzy. I once wrote a short story that was inspired by a mud puddle on a rainy day. 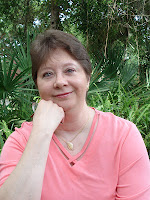 Conversations are often good for becoming inspired. Incidents at the post office, grocery store or driving my car have also sent me scurrying for a pen and paper. I want to write the idea down before it escapes.

My first novel, Indian Summer, was inspired by a visit to St. Augustine, Florida, when my eldest son was in the fourth grade. The walls and streets of the historic city whispered to me of stories waiting to be told. I found Gabriella's voice there and I listened as she told her tale.

Inspiration for The Ninja Tattoo came while I was driving. I'd dropped my son off at a friend's house on Riverside Drive in New Smyrna Beach. I decided to enjoy the more scenic drive down the posh street rather than taking, far less striking, US-1. The sun's rays glittered in silver and gold slashes across the water. I enjoyed the scenery as I headed south, towards home.

I'd just passed the police station when I became aware of several other vehicles on the street. Up until that point, I'd been virtually alone. Somewhere, I'd picked up a convoy, of sorts. There were three motorcycles, a pickup truck and a Jeep. The truck was first, then me and finally the Jeep. Each of us had a motorcycle behind. The strange configuration seemed too planned to me. How much of a coincidence could it be?

As an author, I find myself trying to find reasons for things. I hear or see something strange, my mind goes into high gear playing “let's figure it out”. I was still puzzling over this odd drive when the biker ahead of me signaled with his left hand. I thought he was telling me that he was turning right onto SR-442, but he wasn't. The Jeep turned, followed by one motorcycle. The man ahead of me didn't turn. He continued down the road after the truck.

At the next turn-off, where Riverside Drive ends and meets with US-1, we all stopped for a red light. The man ahead of me signaled again. The guy behind me nodded. When the light changed, the truck turned right, the lead biker followed. I turned left and the other guy followed me. He continued to shadow me as I drove towards home. By this time, I was ready to turn around and drive back to the police station and see if he followed me. I decided to turn onto my road without signaling. If he followed me, I planned to stop at a house of a police officer, about a block down the road. 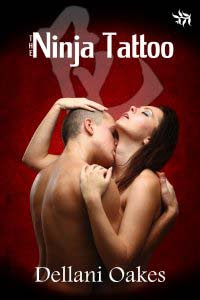 The motorcycle didn't follow me, but I couldn't shake the oddity of the incident. It stuck in my mind so much, I had to write it down. After telling my husband about it later, the idea cemented that this could have been something much more than it appeared on the surface. My writer's brain kicked in and I started to speculate – What if this wasn't a coincidence? What if there was something more involved? What if I had inadvertently stumbled into something very dangerous?

As it was the end of October, I kept the idea percolating for a week or so, promising myself that I would use this idea as my NaNoWriMo (National Novel Writing Month) book. From that bizarre happenstance, The Ninja Tattoo was born. For Teague, the hero, this odd happenstance turns into something deadly. Curious? You'll have to read the book to find out.

Dellani Oakes thinks of herself as a Florida author, though she's lived all over the United States. She claims Florida since she's lived there longer than anywhere else and this is where she started to write in earnest.

Also, look for Shakazhan, the second book in the Lone Wolf series, as well as Dellani's contribution to Second Helpings, a Second Wind recipe book & anthology due out in November and Rubicon Ranch: Necropieces, a collaborative novel by the authors of Second Wind.

And you can check out my post at Dellani's place, writersanctuary.blogspot.com
Posted by Wendi Zwaduk and Megan Slayer at 12:00 AM