Shadow on the Wall ~ The Blurb Blitz! 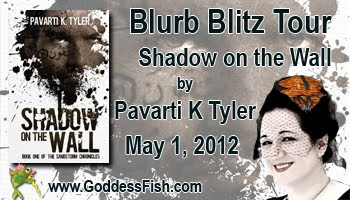 Today is the big Blurb Blitz for Pavarti K. Tyler's book, Shadow on the Wall. I'm stoked to have her blurb here on the blog. Now, what do you have to do? Comment. Why? There's a $50 Amazon Gift Card up for grabs for a random commenter over the length of the tour. Yeah. So the more you comment, the better. Want to follow the rest of the stops on this one day, all out blitz? Here's the link!

Here's the blurb for Shadow on the Wall:

Controversial and daring, Shadow on the Wall details the transformation of Recai Osman from complicated man to Superhero. Forced to witness the cruelty of the Morality Police in his home city of Elih, Turkey, Recai is called upon by the power of the desert to be the vehicle of change. Does he have the strength to answer Allah's call or will his dark past and self doubt stand in his way?

Pulling on his faith in Allah, the friendship of a Jewish father-figure and a deeply held belief that his people deserve better, Recai Osman must become The SandStorm.

In the tradition of books by Margaret Atwood and Salman Rushdie, Shadow on the Wall tackles issues of religion, gender, corruption and the basic human condition. Beautiful and challenging, this is not a book to miss.

And here's an excerpt because YOU ASKED FOR IT! Grin.

Recai walked for what seemed like miles, resisting the instinct to second-guess his direction. The sand moved between his toes but soon he found his footing, and his body responded to the landscape as if from some genetic memory. He remembered his father’s words from a trip he took to the Oman desert as a child: Never take your shoes off; the sand will eat away at your feet. Recai had done it anyway, then and now, feeling more in control with that connection to the ground, its movements speaking to his flesh directly.

His father had always been full of surprises: one moment the strict disciplinarian, the next, he would wake Recai in the middle of the night to see a falling star. Recai had never had the chance to get to know him as an adult. Instead, he lived with the enigmatic memory of a great man lost.

Recai stood in the middle of the desert—every direction would eventually lead to Elih or one of the smaller villages scattered around the city. But who would take in a stranger? A stranger with a Hugo Boss turban and a bruised and bloodied face? In’shallah, he would be delivered to safety.

Want to know more about Pavarti? Here you go! 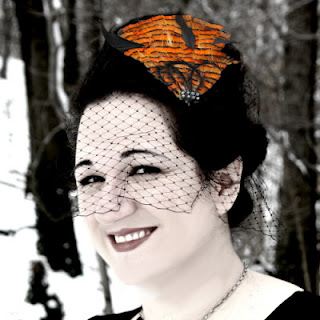 Pavarti K Tyler is an artist, wife, mother and number-cruncher who has been committed to causing trouble since her first moment on this Earth. Her eclectic career has flirted with Broadway, Teaching, Law Firms and the IRS. Author of many short stories, Pavarti spans genres from Horror and Erotica all the way to Fantasy. Currently Pavarti is hard at work establishing her Indie Publishing Company Fighting Monkey Press.

Pavarti K Tyler’s novel Two Moons of Sera is a Fantasy/Romance and began in a serial format in November 2011. Her next novel Shadow on the Wall is scheduled for release in May 2012. Shadow on the Wall is Book One of The SandStorm Chronicles, the saga of Recai Osman — businessman, philosopher, Muslim and . . . superhero.

LINKS: My blog is all ages: http://www,fightingmonkeypress.com

My tumblr is 18+ only: http://pavartidevi.tumblr.com/

My Google+ is random: https://plus.google.com/?gpinv=JFSVnKSj7Uk:FdjR-3NCJW8#me/posts

TRAILER FOR THIS BOOK: http://youtu.be/MeWoIv5osNc

Here are links to my books:

This looks really interesting and I'm looking forward to reading it. Thanks for stopping by with this book!

Thanks for hosting me Wendi! I really appreciate it! I'm glad you enjoyed learning about Recai Osman and Elih, Turkey (google it for a giggle).