Liz Crowe is here talking about her new books, but you want to comment. Why? She's giving away three Turkish themed prize packages to randomly drawn commenters which may include, but aren't limited to:
* a holiday stocking made from authentic Turkish kilim rug
* a mug with the Turkish "evil eye", meant to ward off said evil
* a pewter dish, that is traditionally used to hold "lokum" or the actual Turkish delight confection/candy
* a box of traditional lokum
* a small Turkish kilim rug (reversible--authentic)

Now I don't know about you, but that's really cool. Want to follow the rest of her tour? Click here!

But let's start this interview! What was your favorite scene to write in Turkish Delights?
The massage scene of course but followed closely by the HEA epilogue. This is a very sweet story. The other, more difficult and tragic ones come later in the series. I loved bringing my heroine Elle into the “light” as she realizes just who those hands belong to!

In Blue Cruise: Caleb and Tarkan’s first time together---in his memory just before he finds out….oh, never mind.
In Tulip Princess: When Lale meets Andreas at the bar before they realize they are supposed to go out on a date the next night. Fun.

What was the inspiration behind The Turkish Delights Trilogy? 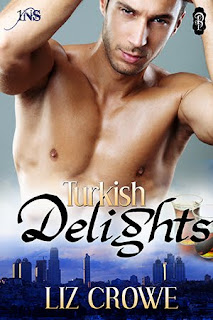 Living in Istanbul is inspirational on many levels. The sheer weight of history, beauty, and the contrasts of metropolitan Istanbul with the rest of the country is mind bending. In spite of several one could call VERY negative experiences there I still loved it and would go back in a New York Minute. Oh, by the way, an “Istanbul minute” is even shorter. Talk about an aggressive driving country!

What is the most interesting thing you’ve done in the name of research?
Living overseas. I am pondering several stories already set as an ex-pat in Japan and England, which I was.

What do you consider as the most frustrating side of becoming a published author and what has been the most rewarding?
Frankly, it’s beyond frustrating to watch authors who are better at promotion than actual writing get those stupid “best selling” notices as soon as they put up (yet another) story. It’s a pet peeve. I respect the hell out of good marketing, when it supports good writing. But hey, they are obviously doing something right so I should just shut up and write.

The most rewarding thing? Getting paid to do what you love. I am lucky in that I also own a craft microbrewery and do all the marketing and sales for it. We are killing it and will actually make a profit in the first year. So I’m doubly blessed (albeit a skosh sleep deprived).

What accent inspires you to do naughty things?
Turkish. Followed closely by Welsh/Irish then third would be soft American Southern. I’m a southern girl at heart.

Name something readers would be surprised to learn about you?
I love to suffer 3-4 times a week in a 105 degree room contorting my body into 26 different yoga postures, twice for 90 minutes. Bikram rocks! Although I have to drag myself there every single time. I’m totally addicted. Keeps the pounds off too.

If you could ask the readers one question what would it be?
What makes you choose a “new” writer? Facebook? Twitter? Reviews on the usual sites? Friend’s recommendations? If that, do you ask where THEY found out about the new writer? Blog posts?

What’s your writing process like?
I’m a head writer big time. I get an idea, spend about a week or more (depending on how busy I am with brewery stuff) wrapping my head around the characters (literally—I don’t write any of it down at first). Then I write the First scene—which sometimes ends up at the beginning, many times the middle and in one case at the very end of the final story. After I am well into it I will do a little “middle” plot outlining so I don’t get bogged down.

I write until it’s finished. I’m obsessive that way. I’ll go without sleep and everything just for the sake of that elusive First Draft.

Then I pummel it with a round of self editing and revision. Then send to 2 very trusted CP’s. If it’s going to one of my regular publishers I sub it then. If I’m subbing cold I’ll pay an editor to clean it up for me.

What can readers expect next from you?
Once the Turkish Delights series is out, I will be waiting and wondering and hoping for responses from other publishers on a couple of long novels (one another trilogy). Fingers crossed! I also have a new WIP: a time travel adventure set in Germany in the days of the early brewers—one in particular is VERY hot and my heroine will fall hard for him.

What is your method of breaking through writer’s block?
You know, I don’t get it—writer’s block. Truly I don’t. I’m in a unique position whereby I still write as a “hobby” so am not compelled by deadlines other than those for promotional blogging or those of my own design. So when I don’t feel it, I just walk away from it. I can’t imagine a worse feeling: having to sit and stare at a blinking cursor trying to force words onto the screen. 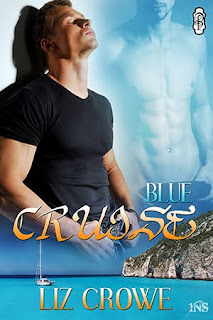 What fuels you as an author to continue to write?
The utter compulsion to be a best selling author. Honestly. I don’t do anything half-assed and while I’m still “hobby writing” now I feel like I’m hitting my stride with it and enjoying it more and more. I get the promotions part (it’s what I do all day long) and am loving using my social networking skills honed as a brewery owner for my writing career.

Can you tell us a bit about what book(s) you have coming out next and what you’re working on now?
The Turkish Delights series is part of the 1NightStand series with Decadent Publishing. It’s hugely popular and has many readers and some outstanding authors as part of it. The overarching premise is that of a dating service, run by the mysterious Madam Evangeline. Many “dates” are held at the exclusive Castillo’s resorts around the world, but based in Las Vegas (my personal favorite city in America). Many others are arranged in far away lands, back in time or even out space. My first 2 in this series are in Turkey. The first one with Emre Deniz, one of a set of very attractive (naturally) twins who is in madly in love with an American woman 15 years older than he. The 2nd one is on a Turkish Blue Cruise in the Mediterranean between Caleb Blessing, a one-time partner of Emre’s Twin, Tarkan who has, um, exited the picture I’ll say and a new guy. Very hot m/m and extremely emotional. 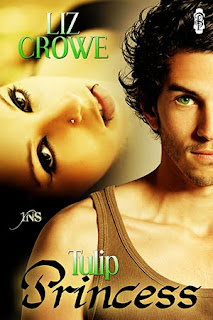 My WIP is that time travel brewery thing that I started noodling back in late October. I got the idea from a fellow writer who said to me (literally) “Hey Liz, what about….” I was off and running. Not sure where I will send it yet. I’m still waiting word from three very Big Dogs in our little Romance publishing world. If I get a thumbs up from at least one of them I might send it there but then again my hang onto it for one of my smaller publishers all three of which are amazing.

When you get a chance to read, what books do you love to read?
I became utterly obsessed by JR Ward this fall…utterly and embarrassingly so. Her straightforward, no nonsense style matches mine. I love it.

But alternatively I do love a nice mainstream fiction book. I can’t wait for Jonathan Franzen’s new one!

What bores you as a reader?
Steam Punk---can’t tolerate it. And I’m not a huge fan of SciFi either but will give it a whirl on occasion.

What is your favorite feature on a person?
Man: eyes. And a smoking hot body. You know, I like ‘em flashy, and larger than life.

Woman: even temper and solid sense of self. Women who are constantly self-deprecating fishing for compliments make me want to scratch out eyeballs.

What is your favorite time of day?
Whatever time I’m writing. OR whenever I’m done with my Bikram Yoga session.

Aliens have landed on the planet. What are the three things you would tell them that are great about this planet?
Craft Beer
Red Wine
The smell of a baby’s head.

You have been locked in a mall and told you can get anything you want and when they open in the morning you won’t have to pay a single cent. What stores would you hit? Better question how would you haul away all your loot?
Shoes—big time! And I’d buy everything in my size at the Ann Taylor store, all the Coach bags in the world and several pairs of Ray Bans. Oh and a shit ton of those pretzels. I’d call a cab or 2 for the getaway.

If you could share one major writing tip, to help other writers in their quest for publication, what would it be? 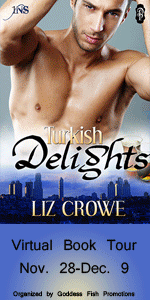 Persevere. Get good Critique Partners and do NOT get defensive with they actually critique you. Your first draft is always shit. Don’t kid youself.

If you could write in any other genre what would it be, and why?
Mainstream fiction. Just because.

Where can we find out more about you and your work?
www.lizcrowe.com
www.brewingpassion.com (blog)
If you want to know more about my beer work:
www.a2beerwench.com
www.wolverinebeer.com

About Liz Crowe:
Microbrewery owner, beer blogger and journalist, mom of three teenagers, and soccer fan, Liz lives in the great middle west, in a Major College Town. Years of experience in sales and fund raising, plus an eight-year stint as an ex-pat trailing spouse plus making her way in a world of men (i.e. the beer industry) has prepped her for life as erotic romance author. When she isn't sweating beer inventory, sales figures or promotional efforts for her latest publication, doing pounds of laundry for her sweaty athletic children, watching La Liga on the Fox Soccer Channel, or trying to figure out what to order in for dinner, she can be found walking her standard poodles or doing Bikram Yoga. Liz loves her Foo Fighters Pandora station, and watching reruns of Deadwood, when there isn't any decent European football on the telly. If you want a beer education follow her: www.a2beerwench.com. For writing related stuff, including her backlist, go to: www.brewingpassion.com.
Posted by Wendi Zwaduk and Megan Slayer at 4:00 AM

Thank you for hosting Liz today!

thanks for having me!!
Liz

Much success with your writing and sales.

I absolutely loved this series! All must reads in my opinion.

Fabulous interview, ladies. Liz I am sooo with you on the best-selling thing.

As a reader, don't even get me started on the whole, I have a bestseller thing. That turns me off faster than my panties can drop. Oh, sorry. TMI!

Anyways, congrats again Liz. I have official finished all three stories and I definitely fell in love with everyone but I do have my favorite.

Also, looking forward to your time travel story, too. Congratulations on making a profit this year, too. That is so completely awesome!

Thanks for Stopping by the blog Liz. Can't wait to read all the books and dive into your backlist. The beer sounds pretty yummy too! Glad you were here!