This post is part of a virtual book tour organized by Goddess Fish Promotions. David will be awarding a dragon pendant similar to the one worn by Christine Drachen in Dragon Mist (US only) to a randomly drawn winner via Rafflecopter. Click on the tour banner to see the other stops on the tour. 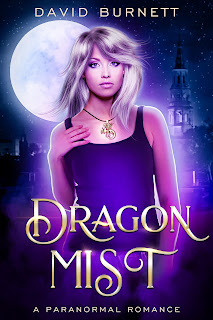 Not all human males are genetically compatible with dragon shifters, and suitable matches are rare in old Charleston. Christine, though, has identified James to be an appropriate match. Even humans who acknowledge the possibility of dragons cannot believe that one can be both a dragon and a human, shifting between the two. As a result, Christine must attract James without fully revealing her true, shifting nature until he has committed to mate.

James gradually discovers what Christine is. She shows him the gold dragon she always wears around her neck. He notices the prints, statues, and tapestries of dragons that decorate her family’s home. Strange noises emanate from behind the Drachens’ house during a party, and James believes he actually sees a dragon, one wearing a necklace like Christine’s. Christine’s last name, Drachen, means “dragon,” and, while she jokes her entire family is composed of the creatures, James begins to suspect there is more to what she says than a simple attempt at humor.

Finally, though, he sees her shift.

To protect their species from persecution, dragon-shifters silence any human who sees one of them shift, and the most practical method is generally death. The rule is absolute. But Christine has fallen in love with James. How can she protect her family without killing the boy she loves?

Dragon Mist is a story of boy-meets-girl, with a few non-human characters, high stakes, a bit of magic, a little humor, and an abundance of romance.

Skinny-dipping in the Bay is grounds for arrest, but it is after midnight, and officers have more serious concerns than a couple of publicly indecent teenagers splashing about in the cool water. No one will see Bing Bong and me anyway. The quarter moon is rising in the east, but clouds are skidding across the sky, hiding its light, the security lamp halfway across the park seems more decorative than useful, and even though my species’ eyes are sensitive in low light, it is only by hearing its water lapping on the shore that I can tell the Bay lies only a few feet away.

“Are you with me, Dragon Lady?” Bing’s drawl breaks the silence.

My street name, the one by which I’ve been known all summer, is “Lady Dragon,” but Bing insists on reversing the words, making it sound less formal and more egalitarian. Perhaps he cannot remember it correctly. Maybe he simply teases me.

Bing likely believes I adopted my name at random from the small, golden dragon suspended from the chain around my neck, but it is more descriptive than he imagines, referring to my species, the reason I wear the small dragon. 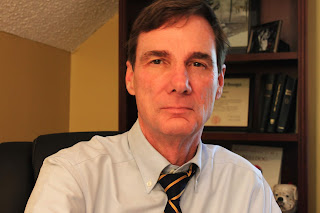 I live near Charleston, South Carolina, where I walk the beaches, eat fresh seafood, and photograph the ocean, the birds, and the beautiful sunsets. Seven of my nine novels have been set in Charleston, but Dragon Mist is the first to explore the lives of the non-human residents of the “holy city.”