This post is part of a virtual book tour organized by Goddess Fish Promotions. Trisha Harley McCarthy will be awarding a $20 Amazon/BN GC to a randomly drawn winner via Rafflecopter. Click on the tour banner to see the other stops on the tour. 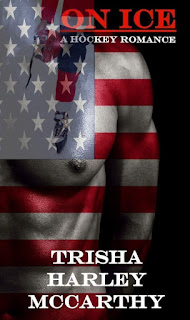 Zoe Simmons receives a text on her wedding day. Her fiancé called off the wedding. No explanation and he is soon traded to another hockey team, the Detroit Steels. She is devastated and has an emotional breakdown. After a few months she returns to her lonely life. Numb and withdrawn, she throws herself into her work as an assistant to general manager of the NHL team The San Jose Otters. Fast forward three years, The Otters are contenders for the Stanley Cup that include a shocking trade, Killian "Ki" Connery. The man who left her at the altar in humiliation and shame. Another blow comes when her father, Jed Simmons, negotiated the trade of her former fiancé without telling her. How will she be able to endure being around the man her heart yearns for but her mind rebels against? Not to mention the scandal that is about to break opening up her private life to further scrutiny by the media?

The woman he loves jilted him at the altar and he is banished to Detroit to play for The Steels. The former star and captain of The Otters is crushed by the betrayal of his love he's never gotten over. He survives through sheer will power and playing hockey while fighting the underlying demons plaguing him. Jesse Ward comes into his life and they become America's Sweethearts of the media. Little does Ki know the part Jesse played in his breakup with his true love Zoe.

This story will keep you on your toes with an intense love story, challenges, betrayal and overcoming the odds that love conquers all.

I’d come to find out Killian Connery was a man of few words. Whether it was by elevating me to new heights of passion with his wicked tongue or by slamming an opponent into the boards, Ki was a larger-than-life. He was a guy men envied and women lusted after. After all, who could resist a six-foot four wall of muscle with mesmerizing, grey eyes and tousled, raven hair? His presence was so magnetic, it pumped up the fans before he even set foot in the ice rink. No one was immune, not even I when I first set eyes on him at the San Jose Otters training camp during his rookie year. Ever since then, I kept track of him, his career, stats, watched every game, and basically acted like your garden variety stalker on the sly. Luckily, one of my primary functions as assistant to the GM was maintaining the roster.

My heart lurched in my chest just thinking about the day I met the new rookie. I was in the owner’s box watching their practice and there came Killian Connery, sprinting across ice in that blue-and-white jersey that was almost too small for a man his size. He was a thing of beauty, if one could classify such a magnificent specimen as ‘beautiful’. Number 88 too as fate would have it—two times my lucky number. And fate didn’t stop there. I was in the manager’s office when Flynn Austin, captain of the Otters, came bursting through the door with Ki in his footfalls. Flynn was laughing at something Ki had said. The sheer size of the two defense players made the office look about as big as a shoebox. 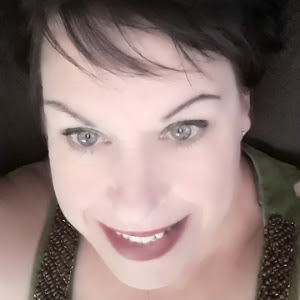 Trisha Harley McCarthy is a certified Life Coach and prolific romance author specializing in fantasy, paranormal and contemporary genres. Loving history, Trisha was captivated by being introduced to historical romance then became enamored with contemporary romance novels. Coming across fan-fiction and falling in love with the concept, Trisha began writing stories about characters in her favorite movie, Bridget Jones's Diary. After receiving several positive reviews, she caught the writing bug and published her first standalone novel, Just As He Is, A Romance in 2012 followed by the Astral Realm Series, Written Among the Stars and sequel Beneath the stars released in 2014. In 2015, release of Dimensions, a paranormal romance novel featuring other world encounters takes the readers on a fantastic journey of ordinary collides with extraordinary. Also, in a new direction, Trisha also wrote Indescribably Blue. a fictional account based on Elvis Presley's death hoax conspiracy. On a personal note, Trisha resides in Independence, Oregon with her husband Michael and their rescued chocolate lab, Elle. In her spare time, Trisha loves spending time on social media, travelling and reading her favorite authors! Visit her Facebook page at: http://www.facebook.com/trishaharleymccarthy
Amazon Author Page: https://www.amazon.com/Trisha-Harley-McCarthy/e/B00L6QYR7Y
Goodreads: https://www.goodreads.com/author/show/6607613.Trisha_Harley_McCarthy
Twitter: https://twitter.com/Authorthmccarth

Happy Friday, thanks for sharing the great excerpt!