It's a blurb blitz for Dance with Destiny by Kathleen Ann Gallagher and there are prizes to be won. Like? Kathleen Ann Gallagher will be awarding a $10 Amazon or Barnes and Noble GC to a randomly drawn winner via rafflecopter during the tour. How cool is that? I think it's very cool. Want more chances to win? Then follow the tour. You can do that here: 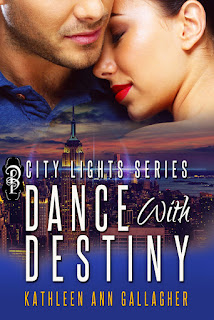 Career-minded journalist, Savannah Mason aspires to take the anchor seat at the New York City news station where she works. But her father has other plans. He insists his daughter study medicine so she can take over his surgical practice. Why can’t he understand being a newscaster is all she’s ever wanted?

When cardiac surgeon Dr. Rob Sinclair lands on the New York Times Bestsellers List, his agent tells him he needs a promo spot for his upcoming book release. Suddenly, what little time he had for his two children dwindles even more. He swears he can do it all, promising himself he’ll find a way to give his kids the attention they need.

When fate selects Savannah to conduct the prime-time interview with the renowned surgeon, sparks fly. Drawn to the hot doctor, she embarks on a path toward love with a man who seems all wrong for her. And though she questions every step they take, their relationship leads her to blazing passion, honesty, and forgiveness.

However, before she can fully accept his love, she must face the unresolved issues in her life as well as confess a secret from her past that she fears he’ll never accept. Will Savannah and Rob’s connection be strong enough to heal the scars of their past and grant them another chance at love?

In front of the camera, her professionalism broke through. The energy encircled the studio with a dynamic force. Bright lights hit the stage. The director signaled when they went on air. All eyes fell upon them. You could hear a pin drop, as the saying goes. Rob sat next to her and answered her questions in a gracious manner and gave an honest interview. Applause filled the studio, and the entire staff gathered to show their appreciation for a job well done.

Rob’s intense stare told her he wanted more, but she vowed not to think about their relationship. Her goal was to give the audience the scoop on the popular doctor and best-selling author.
He stood, and the staff circled around them. Savannah got up and joined him, her face moist from the heat of the lights. A stage hand approached and handed her a few tissues. “Thanks for reading my mind.”

“No problem, Ms. Mason.” He scooted off the set.

Tom made a beeline to greet them. “Congratulations, Savannah. Great job!” He turned to Rob.

“Thank you for an interesting piece and informative interview.” He shook Rob’s hand.
Savannah just wanted to get into her pajamas and catch up on some sleep. Though pleased about the way the show had turned out, she’d become exhausted, the past few weeks having taken a toll. She hoped Rob would understand.

Her wish to ease away from the excitement almost came to fruition, until he knocked on the dressing room door. He stood in the doorway, oozing with sex appeal, and gave her a long intoxicating stare. Temptation grabbed hold of her.

“Come in.” She opened the door all the way.

He stepped inside. She had to fight the urge to wrap her arms around him and smother him with kisses. Being close to him in her private little domain wasn’t easy.

“Sure, is there a problem?” The last thing she wanted to do was hurt him.

“First of all, I want to thank you for a brilliant interview.”

“Thank you for the opportunity to do a prime-time spot. It did turn out well.” She moved to a tiny red love seat by the window. Rob joined her.

He kept his tone low as he took hold of her hands, his gentle touch tantalized her, and she began to quiver. “I hope you don’t mind, but I took the liberty to make reservations at a French bistro.” He rubbed his thumb gently around her wrist and trailed it up her arm. “It’s nearby, so please say you’ll accept my invitation.” The longing in his eyes reached deep inside her heart as if to summon her.

A tingling sensation started in her cheeks, traveled down her neck, and shot across her chest. Her breathing sped up. Savannah was torn between spending a night out with the man she desired more than anyone she’d ever met and honoring the promise she’d made to cool things off. Her better judgment told her to run, yet the burning desire to feel his skin against her body told her something completely different.

“I suppose, since you already reserved a table.”

He grinned. “You won’t regret it.” 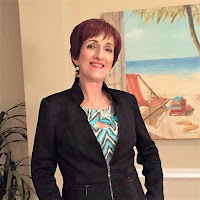 Kathleen writes contemporary and paranormal romance in her home in New Jersey, where she lives with her husband and their two fur babies, Luc and Chaz. She spent years working as a registered nurse in an emergency room. Kathleen discovered her passion for reading and writing in the fourth grade. She has three children and three lovable grandsons. Her favorite romantic getaway is Cape May, New Jersey. You might find Kathleen on a beach down the Jersey Shore, wearing a straw hat and sipping on an iced tea as she plots her next romance novel.


Thank you for hosting! I'm happy to be here!


Thank you, Victoria! I am so happy with the way Rob and Savannah's story turned out.


Thank you for stopping by today, Edgar!


It is hard to determine best book since I've read so many magnificent stories. I enjoy anything by Nicholas Sparks, Jane Greene, and M Kate Quinn. Thank you for visiting. Good Luck!