It's a blurb blitz and there are prizes to be won! Like? Ferris H. Craig & Charlene Keel will be awarding two winners, a free copy of Grinders Corner (print or ebook). (U.S. only for print, International for ebook) to two randomly drawn winners via rafflecopter during the tour. How cool is that? Want more chances to win? Then follow the tour. You can do that here:
http://goddessfishpromotions.blogspot.com/2017/08/blurb-blitz-grinders-corner-by-ferris-h.html

Like lambs led to the slaughter, Uptown, a newly divorced English major with panic anxiety disorder and no job skills, Voluptua, an out of work actress, and Mouse, a former child star trying to make a comeback all struggle to make enough tickets to pay the bills. Things get complicated when Uptown falls in love with a customer who happens to be a priest.

In Grinders Corner it was a simpler time, long before gentlemen’s clubs and pole dancers, and it happened in a place where shy, lonely men could talk to women, even dance with them, with no fear of rejection—for about fifteen cents a minute. 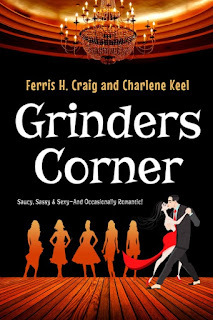 The next night, Voluptua made her appearance at Romanceland.  I didn’t expect to see my lover for a night or two—I had a feeling he would need time to recover—so I was able to give this girl my complete attention.  Well, almost.

Though Voluptua was not her real name, it suited her perfectly.  She was bursting out all over with robust voluptuousness in a polka-dotted micro mini dress that was about two sizes too small.  Her tinted black hair was piled high in a gigantic pouf of tangles, and she had coaxed the sides into loosely formed braids.  Into one of these braids she had stuck an artificial blue flower.  She was wearing opera hose—the kind with the seam down the back.  And some kind of silky blue dancing slippers that had no backs—only toes—so they made a clacking noise, slapping against her feet, as she walked.  But she didn’t walk.  She floated.  Honest!  She’d float by, her shoes clacking softly, her arms out, in a pose like a tired ballet dancer.

I thought she was out of her mind.

On Voluptua’s second night, she showed up looking like a wellendowed Cleopatra.  I couldn’t believe my eyes.  She had draped an exotic looking necklace from one side of her head to the other, so that it hung down with the largest of its many colored stones placed between her eyebrows.  And she had extended her black eyeliner about one inch beyond what seemed reasonable.

Her earrings dangled to her shoulders and they, too, were comprised of multicolored beads.  Coiled around the upper section of her arm was a golden snake with ruby red beads for eyes.  Her clinging jersey mini dress was printed with large brown leopard spots.  Underneath all this dubious splendor she was wearing a black leotard—you know, the kind professional dancers wear.  Apropos of the Egyptian motif, she had used bronze makeup on her face and her lipstick was redder than red.  And it wasn’t even Halloween!

The braids and the artificial blue flower of the night before were gone.  Protruding from the mass of tangles, which were still there, was what appeared to be a long hairpiece.  It was all combed to one side so that it hung over her shoulder and down over one of her more than ample breasts.  Wow, I thought, will she get tickets!  Even our boss, Dirty Dick, was staring down at her from his dais-like desk.

Ferris Craig is a professional dancer, choreographer, actor and writer. Her credits include The Dean Martin Show, The Ed Sullivan Show, The Honeymooners, The Golden Girls and many TV commercials. In the 1970s she performed with The Hollywood Hoofers in Las Vegas, later establishing The Burbank Academy of Performing Arts where she taught dance and acting. More recently, she choreographed and performed for The Broadway Seniorettes, and with Recycled Teenagers (dancers over 50). Currently she lives in Southern California with her three delightful dogs. Connect with Ferris on Facebook: https://www.facebook.com/thecricketdance

Charlene Keel has written over a dozen novels and how-to books. Shadow Train, the final installment of her YA supernatural trilogy, won a Paranormal Romance Guild Reviewer’s Choice Award, and The Congressman’s Wife (for Red Sky Presents) is getting rave reviews. Her new blended-genre novel, Lost Treasures of the Heart, was released in November, 2016. 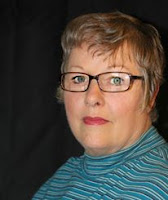 Keel has also worked as editor for international magazines, including Playgirl, For the Bride and Black Elegance.  She says the most fun she’s had as an editor (so far) was at Spice, a fanzine featuring rap, R&B, soul and gospel music. During her time there, she enjoyed going to parties for such notables as Puff Daddy, having lunch with Gloria Gaynor and attending a pasta dinner where Mariah Carey did the cooking.

Keel’s editorial assignments include The Health of Nations, a book on political philosophy, and That Nation Might Live, a moving tribute to Sarah Bush Lincoln, Abraham Lincoln’s stepmother. Her TV credits include Fantasy Island and Days of Our Lives, and her book, Rituals, was the basis for the first made-for-syndication soap opera. She also produced (for Romantic Times) the first annual Mr. Romance Cover Model Pageant.