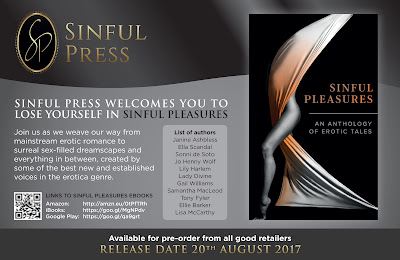 Sinful Press welcomes you to lose yourself in Sinful Pleasures. 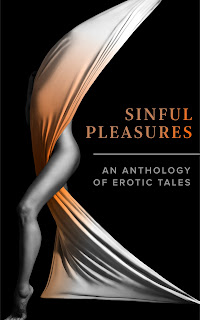 Note: Sinful Pleasures will be available through all main online bookstores in print and digital on the 20th of August.

Excerpt from On The Line by Sonni de Soto:

If he wanted to call her, he could call her.
He didn’t have to wait for her.
Decisively, he reached for his phone and began to dial. 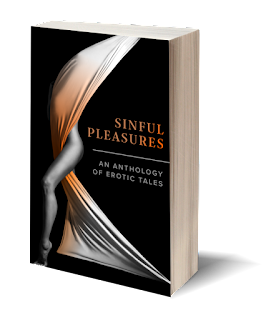 She answered on the first ring. “Twenty minutes past nine.” Danielle tsked. “I always wondered how long it would take for you to call me.” Even over the phone, he could practically hear her shrug. “Twenty minutes sounds about right.”
“So this was a test?” He raised an eyebrow, not sure he liked the idea of that.
“Not a test, per se.” Her throaty voice was a soothing purr that, despite his efforts, did calm his irritation. Which was kind of irritating in and of itself. “More of an experiment. To shake things up a bit.”
“Shake things up how?” He harrumphed back against his headboard.
“We’re in a rut, Christopher.” She sighed with an audible shake of her head. “We’ve got to Columbus our way out of this.”
A rut? They were in a rut? Chris frowned and adjusted his glasses. He supposed that, sure, they’d both been a little tired lately. A little overworked and stressed. But a rut? “How are we supposed to do that?”
“Close your eyes,” she urged into the phone.
He huffed a bit, pouting, but did as she asked. It was, after all, a simple request. “Okay.”
“Imagine us,” her voice whispered in his ear. “Imagine us in your room. On your bed.”
Chris let out a sigh and tried. His mind focused, picturing her painted and so-mobile mouth forming her words. He thought about her tongue, slick and sly, as it slid across those lips, leaving a sheen in its wake. Chris let his mind remember the taste of her kiss, an utterly illogical mix of heated want and cool mint.
He imagined the familiar flush that always swept over her cheeks right before he took her mouth, that visible sign of her excitement that never failed to fuel his own. He knew that a blush like that could travel down her neck, her shoulder, her spine in a tickled shiver with the simplest touch.
And then there, in his room, on his bed, in his mind, like magic, she was laid seductive and stretched-out before him. He imagined the dark fall of curls that clouded around her face and shoulders, framing bared, bronzed skin perfectly.
His hands itched to grab the curves of her body. The swell of her sweeping hips. The pointed tips of her delectable breasts. The length of her long legs. The soft spread of sun-ripened skin, that always held the sweet scent of citrus, over the generous lushness of her body.
He could hear his own breath rasp as his mind transported her from her dorm room to the foot of his bed.
“Good,” he heard her coo in his ear. “Now that you have me there, whatever will you do with me?” Her mockingly naïve tone left him feeling provoked and promised.

Pre-order blitz organized by Writer Marketing Services.
Posted by Wendi Zwaduk and Megan Slayer at 12:00 AM