Book Blast ~ The Reluctant Debutante by Wendy May Andrews

It's a book blast and today I'm posting about The Reluctant Debutante by Wendy May Andrews. Check it out and stay right here. Why? There are prizes to be won!! Yeah. Like? Wendy will be awarding $15 Amazon or B/N GC to a randomly drawn winner via rafflecopter during the tour. Want more chances to win? Then follow the tour. You can do that here: http://goddessfishpromotions.blogspot.com/2017/07/book-blast-reluctant-debutante-by-wendy.html

The Duke of Wychwood seeks retribution from the Earl of Pickering. When he finds out the earl has a beautiful young niece, the duke thinks to involve her in his feud, but is shocked to discover he is attracted to her.

The orphaned niece of the earl, Lady Victoria, serves as governess to four of his children and is made to feel like an interloper in her own home. A chance encounter with the duke affords her the opportunity to enter Society, but to take it means risking what little security she has.

Revenge and love don't sit well together, to have a future can they learn to give up the past?


Now for an excerpt:


Victoria was beginning to feel quite miserable. She was soaked from head to toe, most of her body immersed in the water. Her heavy skirts were feeling like lead weights as they pulled her towards the current. Her boots were slowly sinking into the sludge on the river bottom. And the gorgeous stranger was now looking at her appraisingly.

“Can you reach my hand?”

Victoria felt a shiver slither up her back at the sound of his deep voice as he leaned down for her.

Wishing there were some other way, Victoria looked at him then up and down the river once more. Unfortunately, the riverbanks had not changed in the last few minutes and there was still no way to get up the bank on her own. Turning back to the stranger, she gritted her teeth and stretched out her hand.

Bryghton was struck by the young woman’s beauty. Her remarkable eyes held so much expressive emotion. He could tell she was scared and embarrassed but she had the wit to realize she had little choice if she wished to be rescued from her precarious position. The duke knew that not too much farther downstream the river deepened considerably.

The feel of her cold little hand in his large, warm one sent a strange sensation through him, but he knew this was not the time to be distracted. Despite her slight frame, her soaking clothes were weighing her down considerably, and effort would be required to get her out. In a similar gesture to hers, he too gritted his teeth and yanked on her arm.

With a plop, and after a swift scrabble up the bank, Victoria landed on the edge of the river next to the impeccably dressed, handsome stranger. Blushing again, she offered a shy, hesitant smile as she pushed herself to a seated position. 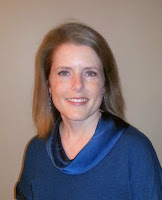 Best-selling author, Wendy May Andrews, has been in love with the written word since she learned to read at the age of five. She has been writing for almost as long but it took her some time before she was willing to share her stories with anyone other than her mother.
Wendy can be found with her nose in a book in a cozy corner of downtown Toronto. She is happily married to her own real-life hero, who is also her best friend and favourite travel companion. Being a firm believer that every life experience contributes to the writing process, Wendy is off planning her next trip.
She loves to hear from her readers and can be found at her website (wendymayandrews.com), on twitter, Instagram or Facebook.

Thank you for having me :-)