Super Blurb Blitz ~ Dead in a Park by BL Blair

It's a book blast!! Check out Dead in a Park by BL Blair! And there are prizes! You should comment so you can get in the hat to win them. What's up for grabs? B. L. Blair will be awarding a $20 Amazon/BN GC to a randomly drawn winner via rafflecopter. Cool, eh? Follow the tour and keep commenting. If you do, you'll up your chances of winning. Here's the link to the tour: http://goddessfishpromotions.blogspot.com/2015/10/blurb-blitz-dead-in-park-by-b-l-blair.html

Dead in a Park
by B.L. Blair

When Leah Norwood finds the body of Donald Collins in the city park, she doesn’t know he is a 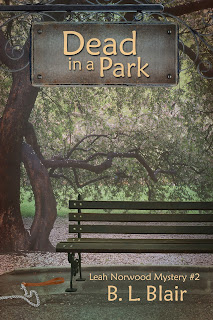 distant relative. Young Donnie was a jewel thief and a career criminal. Hidden in the lining of his suit jacket was an exact replica of a ring that has been in Leah’s family for over a hundred years. After her home is burglarized, the sexy chief of police is convinced the ruby ring has something to do with the murder.

Leah wants to find out what happened to Donnie, but why would someone kill for a hundred year old ring? She discovers a connection between Donnie and the drug-dealing Cantono family, between the Cantono family and a jewelry appraiser, and between the jewelry appraiser and one of her own employees. Chief Griggs might be onto something. All clues lead back to the family ring.

“According to my grandfather, who was Albert’s oldest son, Arthur refused to give Albert his share of the money and after Arthur died, Rose took off with it. After Rose disappeared, Albert changed and he refused to discuss the money or Rose ever again.”

“If she took the money, my grandmother never saw it.”

“You seem very sure of that.”

“I am. My grandfather died five months ago. He lived in the same house all of his life. It had been Albert’s house as well. When we were cleaning it out, we found a box with a letter from Rose and a sketchbook.”

“Really?” I asked excitedly. My grandmother had often talked about her father’s sketches. She had been nine when he died, but she remembered looking through his books and watching him draw.

Wade nodded. “The letter was dated a month after Rose disappeared. She told Albert that the money was gone, and that she had left the gems where Arthur had hidden them. She said they had caused their family nothing but pain. She begged him to leave them and her alone. With the letter, she sent the sketchbook.”

“When Arthur died, his jewelry was in high demand. Those sketches would have been worth a good deal,” I said. “He never sold them?”

“No,” Wade replied. “As far as I can tell, they’re all still there. The letter and the sketchbook were wrapped in an old cloth and stored in a box. The letter was postmarked Dallas, Texas.”

We were both silent as I took it all in. When I looked back at Wade, he was watching me. I smiled slightly. “He let her go.” 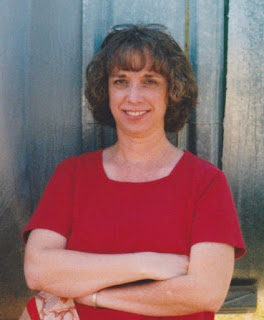 B. L. Blair writes simple and sweet romance and mystery/romance stories. Like most authors, she has been writing most of her life and has dozens of books started. She just needs the time to finish them.

She is the author of the Holton Romance Series and the Leah Norwood Mysteries. She enjoys reading books, writing books, and traveling wherever and as often as time and money allows. She is currently working on her latest book set in Texas, where she lives with her family.

Thanks for hosting this stop. I really appreciate it.