Set between London and France this novel pushes boundaries and will take you on an adventure and keep you in suspense. Falling in love with the wrong person is easily done, getting carried along in a whirlwind of passion is hard to resist. Join Lacey and Miller on a wild ride of lust, desire and fighting to be with the person you can’t live without, even if the rest of the world is against it. 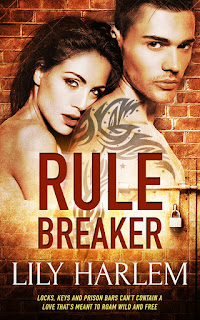 Locks, keys and prison bars can’t contain a love that’s meant to roam wild and free, but when that love is let loose, will Lacey be able to handle what’s heading her way?

Rules are meant to protect the innocent and keep danger at bay—except for me. The lines blur, and it all started when I met the ultimate bad boy. But is he? Miller Davenport might be big, bad and brimming with sin but he’s confessed his crimes and for ten years he’s served his time and walked the line.

Everyone deserves a second chance, right? And as his nurse—the one person who understands him—I can’t help but count the days till we can be together properly, without guards watching over us and without every look and word we share censored.

When that day comes, though, will our desire for each other explode and take me to the new heights he’s promised? And if so, how will I survive such intensity?
One thing is for sure. With Miller I’ll be whisked up in a whirlwind of his dark energy and a tornado of his lust, and likely taken to the very edge of what I can handle. I can’t help a few nerves, though, as release day approaches, because if it all comes crashing down, who can I depend on when I’ve ridden into the sunset with a man who’s broken all the rules? Will I be saved or will I have pushed everyone and everything too far? 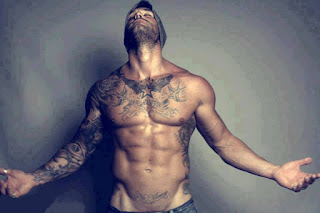 5* “It's been a while since I read anything by Lily Harlem, and as always, I thoroughly enjoyed this story. It may seem like this is going to be your typical good girl falls for the bad boy, but she's thrown in a few surprises that had me turning the pages as quick as I could to find out what was going to happen. I definitely recommend this bad boy romance!”

5* “I finished reading this book a few days ago and it is still playing on my mind!”

Before turning her hand to writing Lily Harlem worked as a trauma nurse and her latest HarperCollins release, Confessions of a Naughty Night Nurse draws on her many experiences while nursing in London. Lily also self-publishes and The Silk Tie, The Glass Knot,  In Expert Hands and Scored have been blessed with many 5* reviews since their release.

Lily writes MF, MM and ménage a trois, her books regularly hit the #1 spot on Amazon Best Seller lists and Breathe You In was named a USA Today Reviewer’s Recommended Read of 2014. Her latest MM novel is Dark Warrior.

Lily also co-authors with Natalie Dae and publishes under the name Harlem Dae - check out the Sexy as Hell Box Set available exclusively on Amazon - The Novice, The Player and The Vixen - and That Filthy Book which has been hailed as a novel 'every woman should read'.

One thing you can be sure of, whatever book you pick up by Ms Harlem, is it will be wildly romantic and down-and-dirty sexy. Enjoy!

Find Lily on the Web