It's a blurb blitz and today I'm featuring That Missed Call by Kris Francoeur. You'll want to stick around for this fantastic book. Plus, there are prizes to be won! Like? Kris Francoeur will be awarding a $25 Amazon/BN GC to a randomly drawn winner via rafflecopter during the tour. How cool is that? You want more chances to win? Then follow the tour. You can do that here: https://goddessfishpromotions.blogspot.com/2022/02/blurb-blitz-that-missed-call-by-kris.html

That Missed Call
by Kris Francoeur 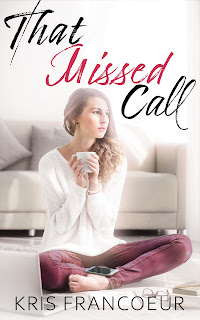 Kat thought the night she met handsome, sexy Alex was just a dream. When he gave Kat his number, asking her to call him, she was over the moon. Sitting in her college dorm, hands shaking with anticipation, she wondered if he really was attracted to her. Was he just being nice to his best friend’s younger sister?

That moment… that call would shift Kat’s future in ways she never could have imagined.

Five years later, a chance encounter brings Alex back into Kat’s life. He makes it clear he’s attracted to her, but Kat isn’t the same naïve college girl when they first met. Struggling with her own attraction to Alex, she isn’t sure she can trust him.

All Alex wants is a future with Kat, but her hesitancy confuses and frustrates him. He knows there are shadows in her life, but nothing could change how he feels about her.

She reached out to brush a small leaf from his hair, her hand brushing the side of his face. “C’mon,” she said as she pulled him toward a bench. Once they were seated, she looked him in the eye. “Yeah, this morning threw me for a loop, but frankly, that’s just the tip of the iceberg as to how fucked up I am. All my ‘I’m fine’ comments aside, I know I’m a mess. I already told you, I don’t date anymore. I’m no good at relationships and I’m okay with that. I don’t want to lead you on or anything.”


He grinned. “Would I like to ask you out? Hell, yes. But I realize we’re on a mini vacation, in an odd situation, and you live half a world away. Besides, there’s obviously a lot about you I don’t know.” He touched her face. “I’d be lying if I said I wasn’t interested in seeing where things could go.”

Kat tried to ignore her body’s response to his touch. “And what if it doesn’t go anywhere?”

That sounded too relaxed. “You’re not going to push?”

“I won’t push. But you can’t blame a guy for wanting to.”

“Okay. Just as long as we understand each other.” 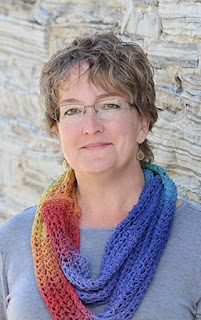 Kris Francoeur is an author, ghostwriter, and educator who lives on her small family farm in Vermont. When not writing stories about strong women with interesting backstories, Kris loves to travel, knit, and garden.

And to Wendi - thanks so much for hosting!