It's a Name Before the Masses tour and there are prizes to be won, plus great books to see. Which one is being spotlighted today? Parallax by Dixie Jackson. I'm looking forward to this book. You should be, too. While you're here, there's a contest. What's up for grabs? Dixie Jackson will be awarding a $50 Amazon/BN GC to a randomly drawn winner via rafflecopter during the tour. How cool is that? Want more chances to win? Then follow the tour. You can do that here: https://goddessfishpromotions.blogspot.com/2020/09/nbtm-parallax-by-dixie-jackson.html 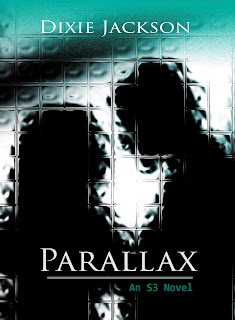 Six years later, Trent Wayland still isn’t over his spring fling. Probably because he was convinced when he married Captain Leila O’Neil, their fling would go on a lifetime. Leila is his soul mate and Trent knows it. He might not admit it on a regular basis, but that doesn’t negate the raw emotion she draws out of him each and every time he thinks about her. Forget the fact his heart splits in two all over again when he’s afforded the luxury of hearing her voice. That doesn’t happen often, however. Leila only tosses a handful of words his way when she initiates the weekly video calls he’s allowed with the other love of his life, their daughter Lucy.

Once upon a time, Leila O’Neil wanted to be a Marine when she grew up. She worked hard, she landed a seat at the Academy, and she was the head of her class. Then her dream was destroyed and she traded it in for a new one at the nearest Coterie portal. She wears so many faces and so many hats, at some point she lost track of her soul. That didn’t really bother her until Trent Wayland came along and almost peeled her dressing room curtain back nearly exposing her innermost person. The real person, the real Leila, who once upon a time wanted to be a Marine when she grew up.

Leila misses the real person, and realizes it at the worst possible moment. With her daughter’s life on the line and Trent on the scene of the crime, Leila figures out she’s been using her hurt and anger to fuel all the wrong goals. In a daring move, she puts it all on the line, hoping it’s enough to gain her freedom from her handlers and her husband’s forgiveness.
Get your copy here: https://www.amazon.com/Parallax-S3-Book-Dixie-Jackson-ebook/dp/B08H4DTB4G/

“Inspiration is finding something that excites you.”-Connie Smith

I remember when I first began my journey to publication about eleven years ago, one piece of advice that kept floating through my space from various sources was, write what you know and if you don’t know it learn it. At that point, I’d been married to the Marine Corps for almost fifteen years. If there was one thing I knew, it was life as a Marine Corps bride. I knew the ups and downs and ins and outs, the sorrows, the heartaches, the joys, and the adventures. So, that’s where I started, with contemporary, military romances. They were pretty straight forward in their execution. Marine meets future spouse, conflicts happened, they fell madly in love, and there was a happily-ever-after. Also during that time, however, the war machine was in high-gear and deployments were frequent and long. And I began to meet and befriend quite a few female marines. And thus began a new vein of inspiration.

I’d written a couple of stand-alone titles during that and many of the characters from those two titles became the new character pool for the S3 series. You can actually get those two books as a boxed set, Flashpoint, at Amazon. I’ve recently republished them myself. However, it would be until about eighteen months ago before the S3 series would become a reality.

FET: Female Engagement Team. Military females sent out as a group to interact with their female counterparts in combat zones and collect intelligence.

Yes, it’s as dangerous as it sounds. While I never officially met one of these ladies, I heard much scuttle about them and was enthralled with their role in the Middle East situation. They worked primarily in the intelligence field and were tough as nails. Out of my research and endless questions about FETs, Leila O’Neil from Parallax was born. But she wasn’t just part of a FET, she was a Marine by day and a dark operator for a secret government agency by night. And once she was embedded firmly in my mind’s eye, her story grew, and grew, and grew. I discovered when I created my own world and stepped outside the box of strict contemporary romance thinking, I could create situations and consequences that might not otherwise seem reasonable or realistic in mainstream fiction. I loved the latitude that gave me insofar as creative space. And then Leila’s world expanded and before I knew it, I had a full-blown series on my hands filled with second-chances, redemptions, and kick-butt heroines who could hold their own in any situation.

As of today, I have six full-length novels planned for the S3 series. Book one, Parallax is available now. Book two, Recoil, is currently with my editor and book three, Residue, is nearly written. I’m toying with the idea of a novella featuring a side character that may need his story fleshed just a bit more but not enough to go full-length. I’m as excited today about writing these stories as I was when they first became a conceived idea.

Thank you, Wendi, for hosting me today! It’s been a pleasure being here.

“Does your mother know?” Trent asked. “Does she at least know you’re alive?”

“No. No one in the real world does. Well, except you.” Leila waved one hand toward him then jerked it back and tucked her hair behind her ear. “Now you do.”

For a few bloated moments, Trent just stared at her with a look in his eyes which told Leila he was trying hard to wrap his head around what she’d just revealed, but was having a hard time making two ends meet.

“You need to pack.” Standing, Trent stuffed his hands in his pockets and shrugged. “We’re moving out of here within the hour.”

With his eyes to the floor, he shuffled away, left the room, and didn’t look back.

Leila pulled her hands down her face, growled, and flopped back onto the bed. Insufferable daddy issues. Why hadn’t she just sought the counsel of a good therapist instead of trying to be super daughter? But no. Absolutely not. She couldn’t let life be that easy. Leila had to take the hardest route she could map out. Except now she was lost along the road in a blinding snow storm with no GPS. Honestly, at this point, she didn’t even have a Cracker Jack box compass.

Easing back up, Leila palmed the top of her head and sighed. Pack? A half-chuckle popped out of her. When was the last time she’d been on assignment without Lucy and a situation presented itself requiring her to bug out? 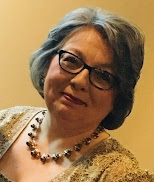 Born and raised in the heart of the Ozarks, Dixie Jackson learned a love of the written word at a young age. She remembers spinning tales before she could even write them down, but it was the encouragement of her sixth-grade creative writing teacher which would plant the idea that just never seemed to go away. She wanted to someday see her works in print.

Dixie makes her home in the Great Smoky Mountains with her retired Marine husband, two rescue dogs, and her beloved chickens. When she’s not writing, you can find her digging in the dirt and nurturing her plants while plotting the next step in one story line or another. She also loves experimenting in her kitchen, embroidering, quilting, crocheting, tracing her family’s twisted tree, and of course reading.

You can find Dixie at:

Do you have any pets?

What makes you write?

When did you start writing?