This post is part of a virtual book tour organized by Goddess Fish Promotions. William Francis will be awarding a $25 Amazon or B/N GC to a randomly drawn winner via rafflecopter during the tour. Click on the tour banner to see the other stops on the tour. 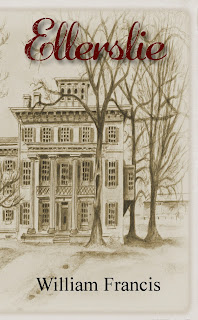 Did you know author F. Scott Fitzgerald and his wife Zelda lived in a haunted house?

It’s the Jazz Age, it’s Prohibition and aviator Charles Lindbergh is the most famous person in America. Author F. Scott Fitzgerald rents a mansion in Edgemoor, Delaware called Ellerslie hoping for a quiet retreat so that he can write his next novel following The Great Gatsby.

April Ross, the first and only female history major at the University of Delaware, is commissioned by the owner of Ellerslie to research the estate’s history for a potential sale. At least, that’s what April is told. In the days ahead, April’s historical research uncovers Ellerslie’s former owners dating back to 1810. She interacts with the Fitzgeralds, yet endures unexplained occurrences and visits by an unknown woman. Against her better judgement, April eventually accepts that the woman is a ghost and realizes that her true purpose is to find out who this woman is, or was, and what happened to her in real life.

“I don’t know,” Scott said, lifting his glass of gin, his bowl of stew untouched. “I’m just so sick and tired of hearing about Charles Lindbergh. They report everything he says and does.”

Zelda spooned her stew and turned serious. “I’m sorry, Fitz. I know you’re upset about the latest sales figures for Gatsby. I should’ve been more receptive to your feelings when you told me.”

Scott took another sip. “I blame the title. I told you I hated the title.” He mimicked sarcasm. “The Great Gatsby. Rather pretentious, don’t you think? And what’s so great about him? He’s a sick symbol of today’s greed and self-absorption. Who needs to read a story about a man who epitomizes what we see in everyday society?”

“You know,” Zelda said, “I think those journalists who are coverin’ Lindbergh would better serve the public if they examined the disgusting tastes of American readers. They need to explain to me why dime novelists like Zane Grey are making a fortune while respectable writers like you, Fitz, are not.”

April appreciated seeing Zelda act kindly to her husband, but she wondered how long it would last.

“My friend Mencken is soooo right,” Scott said after tasting some stew. “Quote: ‘No one has ever lost money by underestimating the intelligence of the great masses of plain people, nor has anyone ever lost public office thereby.”

“Fitz, maybe you should write one of those dime novels.”

“Do not fret, monsieur. I believe you could write a good one.”

“Well,” Scott said to April, “what do you think? You’ve been silent so far.”

April put her spoon down and took a moment to formulate her response. “I’ve been reading The Great Gatsby and I really like it. I’m intrigued by the mysterious Jay Gatsby and how Nick perceives him. And then there’s the relationship between Jay and Daisy and Tom Buchanan. I look forward to finishing the book, hopefully tonight.”

“Thank you for saying so, but that wasn’t the question. Should I write a dime novel?”

“No, sir,” April said staring directly at Scott’s bloodshot eyes. “There’s nothing wrong with writing at an elite level. It’s a known fact that the masses prefer tabloid stories and yellow journalism, and that Mr. Hearts has capitalized on this. But I think you’d be doing yourself and the literary world a great disservice if you lowered your talents to that type of writing.”

“Wow, Fitz,” Zelda said, humbled. “I think that’s the nicest thing anyone’s ever said to you about your writing.” 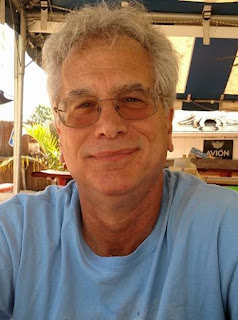 Raised in Newark, Delaware, William spends his days working in Corporate America and writing about the First State. He achieved a Masters Degree in Writing Popular Fiction from Seton Hill University, but also writes non-fiction. Through Arcadia Publishing he has produced 5 books related to Delaware: The DuPont Highway, Along the Kirkwood Highway, Along the Christina River, Building Interstate in 95 in Delaware and Newark Then &amp Now. Fiction titles include: A Life Told to None, The Umpire, Seacrest, and the five-star The Katie Dugan Case. Whether his books are fact or fiction, William hopes to entertain as well as inform and leave the reader with a satisfying experience.

I love the excerpt and think the book sound really good.