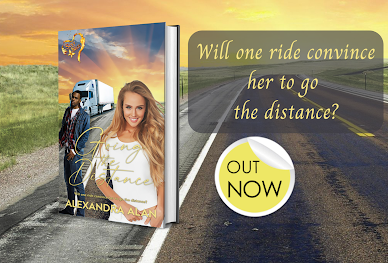 In my novella ‘Going the Distance’ (out now!) the protagonists find love and understanding as they drive across the United States. The landscape is, in a way, a character of its own--the flatness of the Midwest inspires lighthearted conversation, a brilliant blue ocean is the backdrop for an emotional epiphany, and the chill of a Rocky Mountain evening drives the two leads to press close to each other for warmth.

In the summer of 2019, my partner and I took a road trip of our own. The route wasn’t nearly as long as the route in the book (instead of roughly 2,800 miles, we only managed about a thousand), yet as we snaked through deserts and over mountain passes, and with every long-haul semi-truck we passed, I felt the seeds of this story begin to grow.

Now, it should be stated for people who live outside of the US (and even for those who live in the smaller states): this country is enormous. The West, even more so. I’ve taken a four hour train ride from Edinburgh to London. In Europe, four hours can bring you from one country into another, while in the western United States, it’ll bring you about halfway across Colorado.

I’ve lived in either the Southwest or along the Rockies my entire life. The space is easy to get used to, and every time I travel to smaller states and far-off countries, I am struck by the openness of the landscapes when I return.

I’ll admit; part of the joy in writing a story about a road trip is writing about the scenery.

Road trips have always been a staple in my life. I have many well-loved memories of sitting in a hot car with my mother, a worn map draped over my lap. We’d travel to national parks and huge cities, monuments and museums. I was always the navigator, and had to figure out our route while also protecting the map from the dog’s drool whenever he’d stick his head over my shoulder.

So when I plotted out the road trip with my spouse last year, it felt as natural as anything.

We talked about points we wanted to reach, then made the reservations and checked the weather. Instead of the novella’s titular semi-truck, we were in my creaky Civic, the back seat of which was packed with our traditional road trip fare of beef jerky, cheese sticks, and chips. (There’s something immensely satisfying about crunching down onto MSG-laced fake cheese when you’re stuck in a car for six hours.)

Our first stop was an old mining town in the Rockies, where we stayed in a hotel from the late 1800s that looked like it had last been renovated in the late 1800s. It was the kind of hotel where you’re almost certain someone has died in every room, but it would have been a relaxing death, since the wallpaper is gorgeous. The claw-footed bathtub was just high enough and the bathroom floor was just slippery enough that when I emerged from my shower on the first night, I fell with a thud so loud it startled my partner into thinking I might have joined the ranks of ghosts the website claimed roamed the carpeted hallways.

I could have spent many more days in this little town, pretending to live in centuries past, and soaked in the hot springs until my fingers wrinkled off.

But the road called.

Well, the road, and our other reservations. But that doesn’t sound as romantic. 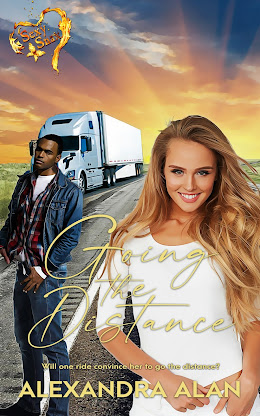 We drove along palpitation-inducing steep slopes without guardrails, passed over streams that had turned into waterfalls from the melting snow, saw fields of wildflowers and mountains scored by avalanche damage. The farther south we went, the drier the landscape became. Yucca and cholla replaced the ponderosa pines and the aspens. Sand blew across the road in pale clouds, and the weather reached temperatures that made us express our gratitude for the car’s working AC. The landscapes shifted outside of our bubble of metal and glass and it was easy to feel like we changed, too.

Somewhere along the road, we began to play the RV game mentioned in the novella. It is a real game; my partner shared it with me a few days before we left after hearing of it from a friend. In a nutshell, you put ‘anal’ in front of an RV name, read the new title out loud, and laugh. I have pages and pages of these names still saved in my phone. We’d pass a dealership, and whoever wasn’t driving at the time would name off as many as possible. (Some of the best ones have been inserted [heh heh] into the story.)