This post is part of a virtual book tour organized by Goddess Fish Promotions. Lilli Carlisle will be awarding a copy of Omega's Choice + Ceva's Chance to 2 randomly drawn winners via rafflecopter during the tour. Click on the tour banner to see the other stops on the tour. 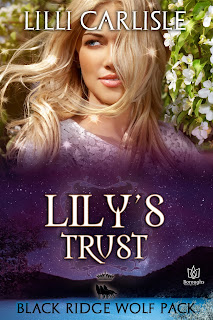 Omegas choose their mates, and Lily had been certain Jensgar would be happy she had chosen him. Instead, the former general of the king's army refused her, forcing her to the leave the pack she'd adopted. Humiliated and heartbroken, she returns to the Black Ridge Pack, only to find the pitying glances and hushed comments too much to bear. She has no home, and no one to call her own. Convinced she has no other choice, she flees to the forest to live as a wolf. She is shocked when Jensgar, in wolf form, comes for her, and slowly convinces her to trust him again. But the woods hold secrets, and danger. When Jensgar's life is threatened, Lily gives up everything to save the man she loves, and once again puts her chance for happiness in peril.

He stepped onto his front porch and couldn’t help but stop to look at the display of color in front of him. Another gift from Lily. The blooms she’d coaxed to weave up the posts and across the railings stretched outward to reach the late afternoon sun.

Jensgar could picture the sunny day she’d given him this gift as if it were yesterday. She’d been working in the fields helping the pack farmers with planting their new crops. Lily had the gift of fertility, among others, and shared it with anyone who needed it. He had watched over her while she remained in the fields, not a hard task in the least. He felt a certain contentment when he was with her that he’d not felt in well over one hundred years.

Lily had spent most of the day out in the hot fields. He’d gone to her to escort her back to the pack house. She’d finished the second bottle of water he’d made her drink, not wanting her to become dehydrated, as they’d passed his cottage. She stopped midstride and stared at his humble home. He had been a bit self-conscious when she walked up to the gardens and sunk her hands into the earth.

Vines had sprouted almost instantly and wrapped themselves around the front railing before climbing up the timber walls. When she’d finished the front of his house, Lily stood back and viewed her creation with a satisfied smile. At the time, Jensgar hadn’t realized how poignant and appropriate her next words would be.

“Something to remember me by.” She’d smiled at him but nothing could hide her sadness.

Now, Jensgar buried his face in the soft blooms and breathed deeply. For a brief second he felt her presence, but all too soon it was gone. In time, Lily would understand that he’d done what was best for her future. She was a powerful omega destined to lead a pack, not to settle down with a has-been. Sure, he’d been the general of armies, chosen by the king himself, but now as he approached his four hundredth year it was only a matter of time before he’d be retired for someone younger. 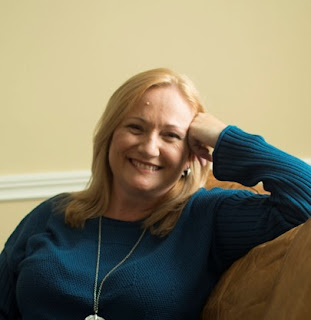 Lilli Carlisle, lives outside Toronto, Canada. She’s a member of the Romance Writers of America and its chapter, Toronto Romance Writers. Lilli is a mother of two wonderful girls, wife to an amazing man and servant to the pets in her life. Lilli writes both contemporary and paranormal romance and believes love should be celebrated and shared. After all, everybody needs a little romance, excitement, intrigue and passion in their lives.