This post is part of a virtual book tour organized by Goddess Fish Promotions. The author will be awarding a $25 Amazon or B/N GC to a randomly drawn winner via rafflecopter during the tour. Click on the tour banner to see the other stops on the tour. Additionally, the author is having another contest on her blog. There's a $50 GC up for grabs! How cool! Here's the link to her blog: https://writerwonderland.weebly.com/5/post/2018/05/meet-max-win-50-gift-card.html and the rafflecopter for the additional giveaway: http://www.rafflecopter.com/rafl/display/ba5ba0f92/ Contest is open until July 1st, so be sure to enter! 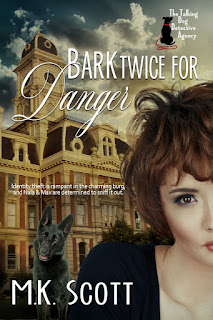 Comic Con is in full-swing and all is well. But no sooner does the biggest event of the year begin before a mysterious wave of identify thefts overshadows the grand affair.

While Nala tries to rein in Karly’s efforts to use the con for dating purposes, she also finds herself the target of a brazen thief. If she and her crime-solving canine companion don’t find the culprit, her bank accounts could be wiped cleaned.

Can Nala and Max bring an end to the chaos before it’s too late?

Max’s nose dropped, and his lips went up in a doggy grin. “I have, but not recently. I was trying to remember how to bring my A game. It’s something about getting a girl to think you’re better than you are. Should we lie about how many cases we actually solved?”

It didn’t take a psychic to know her pooch had been listening to Elvin bragging to one of his guy friends. If that was a man’s definition of having an A game, Elvin so didn’t have it. Women recognized him as a hopeless geek seconds after meeting him. If they gave him a second thought, it was usually to set up their smart television or fix their laptop, which he could.

“That’s not what I meant. Sure, we want to look our best, but there is no reason to lie.” The two of them meandered back to building three, stepping over patches of hard packed dirt with a few sprigs of grass in it. Despite its current circumstances, the grass was making a valiant effort to survive, as possibly were some of the residents. The entire place had the feel of a temporary stop. Her mother would point out that was the whole purpose behind apartments. In her world, people who lived in shabby apartments did not need design services.

As they reached the correct apartment building, she’d counted the number of cases she’d solved, which was almost all of them. There was one date profile she’d looked up for a nervous dater, but by the time she’d discovered he had a habit of romancing wealthy women, her client refused to listen. The dossier still sat on her office desk. Her mother suggested mailing it in about three weeks before the woman lost everything. 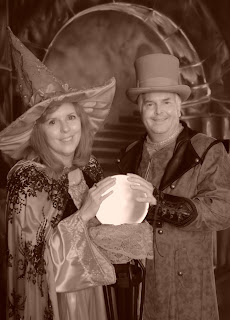 M. K. Scott is the husband and wife writing team behind The Painted Lady Inn Mysteries and The Talking Dog Detective Agency. Morgan K Wyatt is the general wordsmith, while her husband, Scott, is the grammar hammer and physics specialist. He uses his engineering skills to explain how fast a body falls when pushed over a cliff and various other felonious activities. The Internet and experts in the field provide forensic information, while the recipes and B and B details require a more hands-on approach. Morgan’s daughter, who manages a hotel, provides guest horror stories to fuel the plot lines. The couple’s dog, Chance, is the inspiration behind Jasper, Donna’s dog. Overall, both are a fun series to create and read.