This post is part of a virtual book tour organized by Goddess Fish Promotions. Megan Hart will be awarding a $10 Amazon or Barnes and Noble GC to a randomly drawn winner via rafflecopter during the tour. Click on the tour banner to see the other stops on the tour. 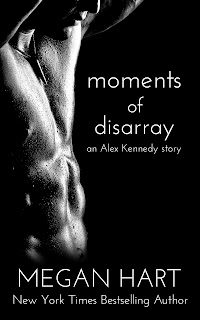 Alex Kennedy knows he's a rascal. A rogue. An arrogant bastard. He wreaked havoc on his best friend's marriage by falling in love with his best friend's wife, and now he's trying to move on. Sex, drugs, booze, boys, girls and toys. He's hell-bent on forgetting the past and running toward a future he doesn't believe he deserves, only to discover the truth in moments of disarray.

“Hey, man.” Jamie moved as though he meant to hug Alex, but held back at the last second.

Their hands clasped, grasped. Alex tugged. Jamie moved toward him. They hugged, hard, a bro hug for sure, minus the back-slapping. It softened after a few seconds. Jamie buried his face against Alex’s neck.

Alex clung tighter, a hand stroking over Jamie’s hair, then cupping the back of his neck. He whispered, “don’t, please. Don’t.”

“But it’s my fault everything got so messed up,” Jamie insisted. “I should never have asked you to sleep with her —”

Sleep with her. Like that’s all it had been, something base and somehow shameful, something without meaning. It turned Alex’s stomach to think of his time with Anne like that. Meaningless.

Alex couldn’t tell Jamie that he loved her. Jamie had given his permission for it, his blessing, and now he regretted it. But Alex didn’t and never could, because he could never wish away that love. He could pray for it to go away, not that he believed in any kind of god that would grant that request, but he could never wish that he’d never had it. 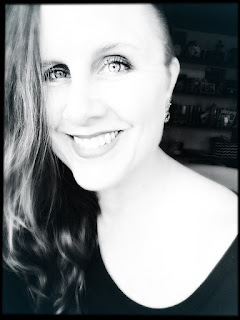 Megan Hart writes books. Some of them use a lot of bad words, but most of the other words are okay. She can't live without music, the internet, or the ocean, but she and soda have achieved an amicable uncoupling. She can't stand the feeling of corduroy or velvet, and modern art leaves her cold. She writes a little bit of everything from horror to romance, though she’s best known for writing erotic fiction that sometimes makes you cry. Find out more about her at http://www.meganhart.com, or if you really want to get crazy, follow her on Twitter at http://www.twitter.com/megan_hart, Facebook at http://www.facebook.com/readinbed and Instagram at http://instagram.com/readinbed.

thanks for having me!