It's a book blast and there is a great book up next for you to enjoy! What is it? The Honeydripper Affair by Joanna Kidson. Neat, huh? Better keep reading. Why? There are prizes to be won. Like? Joanna will be awarding a $30 Amazon or B/N GC to a randomly drawn winner via rafflecopter during the tour. How cool is that? Want more chances to win? Then follow her tour here: http://goddessfishpromotions.blogspot.com/2016/03/book-blast-honeydripper-affair-by.html

The Honeydripper Affair
by Joanna Kidson

She should never have met up with Ryan, that’s for sure. 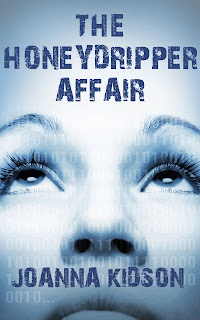 You see, Lucy Nevin has got something that people are willing to kill for - she just doesn't know it....yet.

Handing Ryan the notebook threw the killers off her scent for a while but as Lucy uncovers more details about the death of her father, it becomes clear that this ruthless gang of criminals will stop at nothing to get what they want from her.

And then Dan shows up. Is that coincidence or by design? Either way, she’s now sucked into a deadly game between the killers, the armed forces and the government. They all think that Lucy has the code – the code that will give them control of the internet. The scary thing is; if you’ve ever used the internet, this is happening to you right now.

Trouble is - time is running out for Lucy and she needs answers. What exactly is the Honeydripper Affair?

Danny looked as though he knew this was coming. He leaned forward, resting his elbows on the table.

"Looking back, I should have acted differently, but at the time it seemed like the right thing to do. Everything happened so fast, I honestly thought it was best to get out of your life completely before I ruined it."

"Ruined it? Didn't you think that just leaving might have ruined it too?"

"I figured I was replaceable."

"That sounds like you're doing both of us a disservice."

"Do you remember telling me about how your mother left when you were younger?"

"Yes, I do. It's not a story I share very often," said Lucy, slightly confused.

"How she couldn't handle the way of life, the constant moving, the dangers of your father’s job. Well, that's what the future was looking like."

"But you could have asked me. Maybe I would have been okay with that."

"I had become a target, that means anyone close to me would have become a target too. That wasn't a particularly attractive lifestyle to offer anyone."

"A target?" Lucy asked. "But you work for local government - who's targeting you?"

"Local government is just a useful cover. I work for myself now. Call me an Intelligence Troubleshooter."

"Er...alright," Lucy said, deliberately leaving some space for him to fill.

"I provide information to the Ministry of Defence through a satellite agency."

"So, how does that make you a target?"

"So you're a secret agent," she said bluntly, with a slightly tongue in cheek smile.

"If you like, it's a bit different in the modern world."

"So basically, we've outsourced our spies!"

"Something like that. It's more convenient this way, less difficult questions when things go wrong. Much easier for the government to distance themselves."

"I still don't understand how you become a target?"

"When you're working out in the field you end up pretty close to the opposition. Sometimes it's a physical as well as a mental battle," Daniel explained.

"I didn't think that sort of thing really existed; you know, all that cloak and dagger stuff."

"It's unpredictable, that's for sure."

"I don't get why you didn't tell me all this before."

"It was all kicking off back then, everything was moving so fast. I was quite new to the whole way of life and I just didn't think it was safe to involve you."

"But you're telling me now," Lucy pointed out. 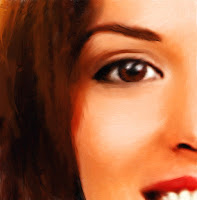 After living in America and Australia, Joanna finally settled in England and now lives in London, a stone’s throw away from the river and the park. Also in the household is a husband, two kids and a small dog.
She’s a hopeless romantic at heart and an eternal optimist, believing that everything will turn out alright in the end.
She also believes that the chance of a lifetime comes around about once every two weeks and we actually did land a man on the moon!
Writing is a joyful escape but it’s often laced with a healthy dose of truth and reality.