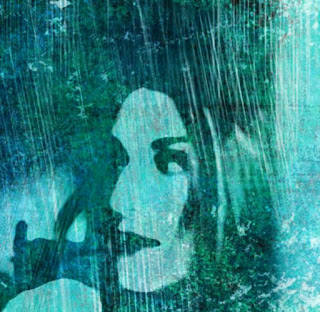 Hi, Wendi!  Thanks so much for having me today.  I’m excited to be here!


I'm glad you're here! Let's get this interview started! I can't wait. How did you come up with the title for your book?

It’s weird.  My title for “Star Catcher,” came after the story was finished. My manuscript was saved on my computer as “Extra” for the longest time (as in Extraterrestrial—I was rather hung-up on playing with that word somehow. Sextraterrestrial? Extra-large Alien Penis? Something like that. I had no clue). I sent it out to my betas and they were like, “What’s the title?” And I was all, “I don’t know! Lay off me—I can’t handle your pressure!”

When I finally backed away from the extraterrestrial spin-off, my title was so obvious, I felt like a bit of a dolt. Dr. Noth Zobor, my hot alien hero, is named after a constellation visible from his home planet, Artanos.  It’s called “Noth the Star Catcher” over there.  Stella, my heroine, whose name means “Star,” is accidently abducted by her lover, Noth.  Apparently, I needed flashing neon signs to figure out my title should be “Star Catcher.” At least I got there eventually.

I've had that happen. I've got at least two that are called "Untitled". Yeah, so original. Grin. What book are you reading now?

A Dance with Dragons.  I was putting it off because my husband was disappointed with it.  Now I’m reading it because I’m sick of hearing him complain about how bad it was.  I’m determined to love it at all costs, just to be the devil’s advocate. Plus, I need to know what my boyfriend Tyrion is up to.

Hee hee! Always good to do that. What are your current projects?

Oy! You are busy! Do you see writing as a career?

Wouldn’t that be awesome? I’m really lucky that I’m a stay-at-home mom, and I’m able to find more time to write than the full-timers out there. All of my cherubs will be in school full day next fall, though, and I plan to pick up about eight hours a week at that time.  I’m an RN, but I’ve been out of the work force for a while and need to get back in so I don’t lose my skills.  I’ll also have a lot more time to dedicate to writing when they are all off getting educated. [Evil laugh].

It does help when you've got time to write for longer periods of time. I know I'd love it. What would you say is your interesting writing quirk?

I guess that I have a bad back, so I am frequently lying on my stomach on the floor while writing. Stupid bulging disc.  Cherish your backs, people!  Cherish them!

And your knees! Mine are shot from dancing. (Long story) What animal do you think makes the best pet and why?

Guinea pigs, hands down.  Why?  Look at them, for corn’s sake!  They’re the cutest things ever! And that little squeak they make? So adorable.  And, if you’re wearing long sleeves and you pull your shirt cuff wide in front of a pig’s face, it’ll crawl up your sleeve.  Just make sure it doesn’t stay in there too long in case it has to pee.  The turds you can just shake out.

Um, I think I'll stick to cats. I've never been much of a guinea pig person, but that's what makes us all unique. Grin. What is your strangest habit?

I am a manic tooth brusher.  I have to brush after every meal and for at least five minutes at a clip.  Soon I won’t have gums or enamel anymore, but my breath is always minty fresh.

I have to carry a notebook with me. Have to. And my Captain America pen. Who doesn't want to take Chris Evans with you everywhere? What’s a saying you use a lot? Where did it originate from?

“For real?!” I don’t know when/where it started, but if I find the person who made me start saying that (sometimes ad nauseam) I’m going to flip them for real.

Mine's no worries. And yet, I worry...a lot. How many fingers am I holding up?

Ah...you guessed it. What is one thing scientists should invent?

Time machine, for sure.  I always warn my kids that they’re in trouble if I get my hands on one.

Works for me. Grin. Here's a little more about Star Catcher! 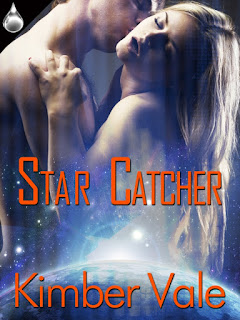 Lust flares hot and bright when Stella Aims’ world collides with the gorgeous and mysterious Noth Zobor. The tall dark stranger doesn’t speak a word of English, but Stella is happy to teach him everything she knows, including a crash course in the universal language of love. Their passion burns down to sweet and smoldering before Stella’s reality is completely spun around.

People aren’t always what they seem—but what if they aren’t even human?

Concerned that Noth’s been lying to her, Stella searches for him and walks into a trap straight out of a nightmare. When she wakes, she finds the real deception was far worse than she ever suspected, and her lover is not at all what he seems. Forgiving him might be the easiest thing Stella has to do, because getting out alive and saving her fellow humans from captivity and experimentation will be the toughest challenge of her life.

Can lovers from two different planets overcome forces that push them galaxies apart? When the fate of two species hangs in the balance, love may be the only thing strong enough to save them all and give hope for a new future.

Thanks so much for hosting me, Wendi! I had a ton of fun! :)

Tyrion is mine lady! Hands off the half man! Dinklage is hawt!