One randomly chosen commenter will win a $50 Amazon/BN.com gift card. Be sure to comment! The more you do, the better your chances of winning :-) The tour dates can be found here:  http://goddessfishpromotions.blogspot.com/2013/04/virtual-book-tour-vampire-elite-by.html

Can the ultimate choice be made if saving your race means destroying the one you love? 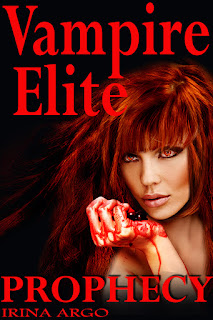 At the beginning of the twenty-first century of our era a millennia long war between two immortal races was coming to an end. The Vampire Elite, the strongest among vampires, forced the race of immortal beings, the Amiti to become their blood suppliers, called bloodstock, locking them in their underground cells and treating them like livestock. The surviving free Amiti make a final attempt to strike back. The Queen of Amiti is proclaimed a traitor and is executed. Her death signifies the rise of a new Queen, her young daughter Arianna who becomes the last hope of her dying race. Arianna totally embraces her mission and is ready to fight for her people to the last drop of her blood but encounters an unexpected challenge—the vampire King Tor. They both are captured into a trap of love where they had to make an ultimate choice; to kill the loved one or to let their races die.
Vampire Elite is the epic story of a bitter conflict between two peoples, and the effect of that conflict on everyone living in its grip. The characters are driven to love and betrayal, vengeance and sacrifice in a world without easy black-and-white answers.
Based on an ancient Egyptian legend, packed with action and intrigue, Vampire Elite will pull you into the entrancing world of immortals and open new portals into their hidden universe. 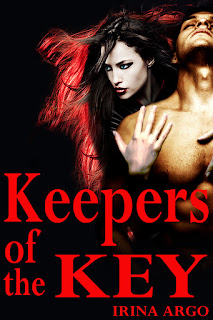 As the auctioneer spoke, two Sekhmi in eveningwear—a male carrying an elegant dagger and a female a silver tray covered with glass vials—approached the Amiti girl.
“She’s barely eighteen, ladies and gentlemen. That’s a good three years younger than the youngest bloodstock you’ll usually come across. Look at her; she’s stunning, simply stunning, and as you can see, we’ve kept her well conditioned, in excellent health.”
The auctioneer paused as the male Hunter grasped the Amiti’s hand and held it above the tray. The girl showed no resistance, her only display of anxiety the butterfly fluttering of her thick eyelashes. He raised his other hand, and the dagger flashed in the light as with a swift motion he slit the Amiti’s palm. The dark, intoxicating scent of fresh blood filled the room as it poured into the vials.
Simone’s gums began to itch and burn, and she covered her mouth with her hand so no one would see her fangs punching down. It was considered terribly rude to expose one’s fangs in public, even among other vampires. But she needn’t have worried; everyone’s attention was riveted to the stage and the blood flowing from the girl’s wound. The room vibrated with bloodlust and sexual arousal.
The female Sekhmi approached Simone’s table, offering the Royal Pride the first of the blood samples. Knowing that all eyes were on her, Simone forced herself not to hesitate and took a small sip—and was immediately flooded with euphoria.
“For this magnificent specimen, we open the bidding at ten million U.S. dollars,” announced the auctioneer. 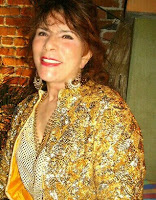 Irina’s world is dark. She works as a clinical psychologist in a Juvenile Correctional Facility dealing with the extremes of human behavior on a regular basis and takes care of her paralyzed husband who suffered a stroke several years ago. To bring light into her life she writes. Writing has always been her passion. She is originally from Russia where she was employed as a TV journalist.

Jo-An
Jo-An is a Leo, a lioness who has emerged to follow her dream, to someday write a book of her own. She owned a costume shop for 15 years and was able to satisfy and excel in her creative nature. She is an over-achiever and believes that anything is possible if you believe in yourself and ignore the nay-sayers.  Her philosophy is based on Shakespeare "It is not in the stars to hold our destiny, but in ourselves." She currently resides in California with her 5 cats and 1 husband.

Reading through the blurb again I can see that this is going to be a very exciting read.

The excerpt is so intense!

Well, it’s Friday. Had fun following you around this week and looking forward to more good stuff next week. Have a great weekend!
kareninnc at gmail dot com

I would prefer Amazon! Thanks for the giveaway!
mestith at gmail dot com

Sounds awesome thank you for sharing with us .