It's time for the Sunday Snog and this week it's the Blisse Kiss Chase! You read the snog, find Smooch, then go to: http://blissekiss.co.uk/ so you can enter to win books. You'll need info on Smooch, so be on the lookout for him. :-) And since this is a snog-tastic day, here's my snog from Until the Night!


Having a mate can be a pain. Having three…now that’s unheard of…

Gypsy volunteered to become a vampire, but she had no idea just what she’d agreed to do. As a human, she’d had her pick of willing males to warm her bed. As a creature of the night, she’s striking out.

Until she meets Kendall. He knows what she is and doesn’t care. He’s loved her since he met her, but he had no idea just how complicated her life truly was. Her protectors refuse to leave her side. But what if he wants them on his side, too?

Can they come together as a foursome or will they destroy everything they’ve built in the name of passion?


“What does this mean for us? Is she going to try to kill me?” Todd’s voice cracked and he shifted in his seat. Allan’s effect on Todd was evidenced by the tent in his jeans.

“We need to protect each other?” Todd scooted down in the seat. He ground his pelvis against Allan’s hand.
“Gypsy, too?”

“Eventually.” Allan nipped Todd’s hair-roughened skin. He popped the button on Todd’s jeans and slipped his hand beneath the zipper to cup Todd’s dick. The heat filled Allan to his core. Todd’s moan rumbled around the truck cab. Allan stroked Todd, caressing every inch of his erection.

Todd shifted enough to give Allan better access. He yanked his pants down then grabbed the front of Allan’s shirt. “I want you.”

“I’m yours.” Allan licked his lips and bent over. He engulfed Todd in his mouth and rolled his tongue around Todd’s dick. The salt and tang from their earlier tryst lingered on Todd’s skin and turned Allan’s senses inside out. He took Todd in as far as he could and massaged the blunt head of Todd’s dick with the back of his throat.

“Shit.” Todd thrust his fingers into Allan’s hair and tugged. Allan relaxed his throat and took more of Todd into his mouth. “Like that. Fuck.” Todd pumped his hips. He groaned. His limbs quaked.

Each thrust into Allan’s mouth damn near gagged him, but he didn’t care. The hairs at the base of Todd’s cock tickled Allan’s nose. 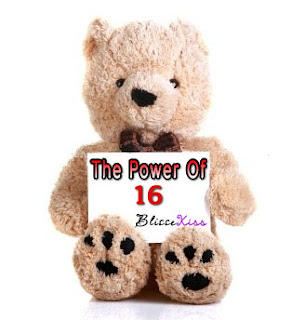 Thanks for joining in the Chase, it wouldn't be a Sunday Snog without you!

Thanks Victoria! I love doing these!

Nice excerpt! Putting this one on my To Buy list!
suz2(at)cox(dot)net