Where Do You Find Your Leading Men?

I wanted to post a short blog about where I find my leading men. Some get hung up on movie stars, others on television stars. Some find their man of the hour in music videos and up-and-coming bands. 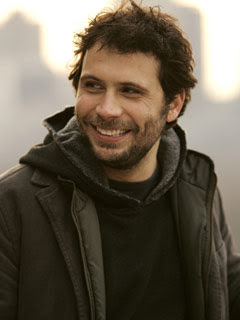 Where do you get your ideas?

For me, my hero can come out of actors on television (Jeremy Sisto is a fave) and the occasional musician (Keith Anderson, anyone?). But I have found my heroes embodied in people I see on the street, like at the hardware store, at the Dairy Queen, or in the local hay field (did I mention my fondness for farmers?). 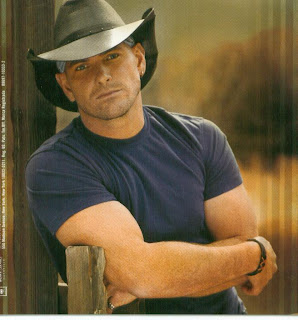 Oh and one thing I love to do, is take the one character on a show or whatever and make him my hero. Is that odd? Probably, but sometimes the antagonist isn't the icky bad guy. I've seen some hunky baddies and I've seen some heroes that made me wonder how he got the job.

I guess what I mean is that a hero is who you make him into. One person can see the guy in a bad light and another can see him as a knight in shining armor. It's up to you to decide how you want to run with your hero.

How do you come up with your heroes? I'd love to hear your ideas and thoughts.

Toodles.
Posted by Wendi Zwaduk and Megan Slayer at 9:36 AM

My imagination, usually -- and THEN I go hunting for someone who matches what I have in my head. And, the biggest thing is: the hero has to be someone I could fall for. If he isn't? I can't believe my heroine would.

Depends how old my hero is lol. But i figure out how he looks in my mind and then hunt google for a matching pic. Or I'm watching tv and some actor just hits me.

eg the hero in Vegas is played by Ben browder, mainly because in one epi of SG1 his charrie was walking with a stick. Until then i'd passed him over as possible suspects.

It's weird, usually my heroes are completely from my imagination. Even my current one, who looks just like Henri Castelli (!) doesn't look like him when I'm actually writing him - I only remember who he reminds me of whenever I see a photo of Henri!!

I'm with you M, I use my imagination, but sometimes I see that one person who just piques my my imagination. (I have a great muse for my Sully - but I'll share him later). I also agree that he's gotta be someone I can fall for.

Calre, that's a good point - go looking once you have the mental pic. Plus I find that sometimes juts knowing that he looks like someone else helps bring out his unique features.

Thanks for stopping by Christina. Great commment. My Logan Malone was developed in my head and then I saw a pic of Jonathan Togo on CSI: MIAMI and I said - he's Logan! But then I have no idea what kinda personality JT has or what have you, so Logan is still the same old Logan in my head.

OH and as for camping... I came, I saw, I'm not sure I'll do it again for a while. I didn't melt, wilt, or die, but I do appreciate level campsites. Let's just say I won't be doing it for a LONG while if I don't have to.