It's a book tour and you'll want to keep reading. Why? This looks like a fantastic read. Plus, there are prizes! Like? Leah Cupps will be awarding a $50 Amazon/BN GC to a randomly drawn winner via rafflecopter during the tour. Isn't that great? Want more chances to win? Then follow the tour. You can do that here: https://goddessfishpromotions.blogspot.com/2022/08/vbt-never-play-fair-by-leah-cupps.html 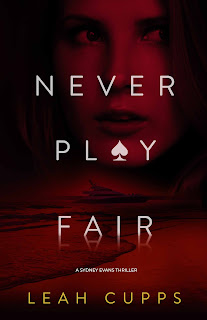 Can Sydney find her boyfriend in time, or will they both sink to the bottom of the Caribbean Sea?

Instagram Influencer Sydney Evans finds herself entangled in a criminal operation, orchestrated by the Department of Defense in order to bring down an online casino crime ring.

But she only has one motivation: find her FBI boyfriend Alex before he becomes collateral damage.

Sydney must navigate her way through an exclusive Casino yacht party in the middle of the Caribbean sea put on by none other than the notorious Costa Rican gangster, Vincente Estavez.

Her legs began to slow as the bits of debris began to rain down on her.

It was his voice that gave her the last jolt of energy. The recognition in her body that made her want to swim.

Sydney tried to focus on her breathing and not on the ringing in her ears.

The blood from the cut in her arm was swirling in the water below her. She knew of a few sea animals who liked blood.

She treaded water vigorously, trying to put some distance between her and fiery debris that lit up the sky behind. Her body was on autopilot now, survival mode. There were no islands no large formations of land nearby, but on the horizon she could see the black outlines of debris from the explosion. The boats were scattered.

Sydney could feel the heat on her back as the remnants of the floating mansion behind her continued to burn. There were staff on board, innocent crew members who had been smiling and serving her hors d’oeuvres just a few hours ago.

Sydney squeezed her eyes shut at the thought of them on the boat when it happened.

The shock was setting in, and she felt her legs start to slow in the water.

No, she told herself, keep moving.

Just as she started to lose focus, she saw a large object moving toward her in the dark. It was moving more quickly than she was, gliding through the water like the fin of a…no.

As her breathing quickened, she heard the mass behind her move closer. There was a small splashing sound and it occurred to her, that sharks didn’t make splashing sounds like that. She wanted to look behind her but kept moving forward.

“Sydney!” he was screaming her name. She heard the motor of the boat thrumming towards her. “Sydney, hold on!” 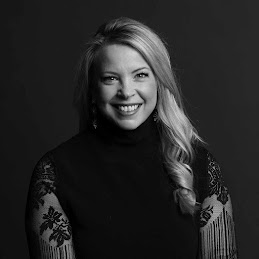 Leah Cupps is an entrepreneur and author. She writes Middle Grade Mystery Adventure Books as well as Thriller, Mystery, Suspense for Adults.

Leah’s novels are fast-paced mysteries that will keep you up at night as you can’t wait to see what happens in the next chapter.

Leah lives in Indiana with her husband, three young children and three dogs. When she isn’t losing sleep writing her next novel or scaling her next business, she enjoys reading, golfing working out and spending time with her family.

Sign up for Leah’s VIP email list, and you'll automatically be notified as soon as her next book is released:

An intriguing cover, synopsis and excerpt, Never Play Fair sounds like a thrilling read and I am looking forward to it. If given the chance, would you like to see your book made into a movie and if so, who is in your dream cast?

Thanks for the great blurb and excerpt. The book sounds like an intriguing read. Great cover!