This post is part of a virtual book tour organized by Goddess Fish Promotions. The author will be awarding an art nouveau journal to a randomly drawn commenter via Rafflecopter. Click on the tour banner to see the other stops on the tour. 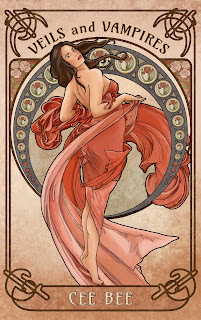 I’m checking out the Bold Tsarina nightclub, even if it is owned by Konstantin, the Bratva crime lord who hates my guts. After all, the trip could snag me a high-paying gig for another mafia king, the infamous Caelin Vass.

I’m talking about the hot-as-sin social media sensation who’s rumored to be both a horrible boss and a blood-sucking vampire. And did I mention that Caelin’s also the star of my hottest NSFW fantasies? He is. Plus, that isn’t even the strangest part of my life right now… or the best.

Read my story and have some fun. You know you want to.

Far up the street, a police car switches on its flashers.

This is getting good.

The driver's side door whips open and out steps Celin MacGregor, my would-be boss. The man does not look happy. He glares right at me.

“Talking with some girls from high school.” I gesture to Devon and Shay as evidence.

Only the two of them are gone.

Caelin stalks closer. On reflex, I step backward. Soon my spine hits the glass facade of the building. It's not like sidewalks in Manhattan are super huge.

Caelin sets his hands on either side of my head, caging me against the wall. My blood heats. If I thought there was some kind of energy between us back in his office, it's nothing compared to what zings between us now. The connection becomes a charge of desire that prickles across my body. I might even be panting a little.

“It's like I told you--I went to high school with those girls. And you're standing awfully close.”

The whoop of a police siren slices through the air. A man's voice reverberates through a loudspeaker. “Move your vehicle.”

I go up on tiptoe and peer over Vass' very broad shoulders. Sure enough, three police cars are lined up behind his badly-parked Porche. One officer stalks closer. The guy wears sunglasses even though it's after ten o'clock. You have to admire that kind of swagger.

Caelin glances over his shoulder and shoots the officer an angry look. The man freezes in place.

I raise my hand to shoulder height. “I'm over here, in case you're wondering. Maybe you can ask Caelin to back off from both the sidewalk and my face.”

The officer pales. “I'm so sorry, your Majesty.” Without saying another word, he gets back into his vehicle and drives away. The other police cars follow.

Leaving me alone with one very angry Scotsman. 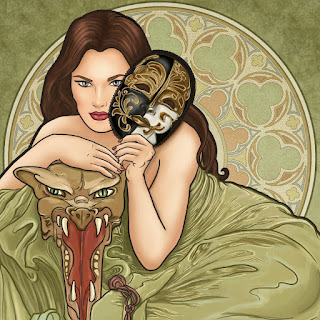 CEE BEE writes stories that blend epic fantasy, steamy romance, and lots of sass. If you want immersive tales that transport you to fresh worlds (and new book boyfriends) then you’ve come to the right author. To learn more about CEE BEE, please visit www.ceebeeauthor.com.