This post is part of a book tour organized by Goddess Fish Promotions. David Pereda will be awarding a $20 Amazon or B/N GC to a randomly drawn winner via rafflecopter during the tour. Click on the tour banner to see the other stops on the tour. 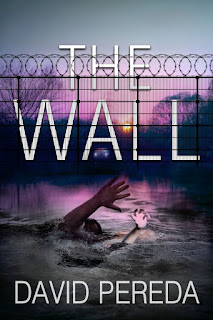 THOMAS BERTRAM is an American living in San Salvador with his fiancée CECILIA. They own a popular neighborhood restaurant and plan to wed soon. Thomas's dream is to obtain a resident visa for Cecilia and return to the United States.

DOMINGO JIMENEZ and his wife BLANCA own a small repair shop across the street. Domingo's dream is to move to America as well so that his seven-year-old daughter NANCY can grow up speaking English and having a good education and a better life than he and Blanca had.

When armed gang members invade their neighborhood to demand "protection" money and threaten them with death if they don't pay, Thomas and Domingo's dreams for the future take on a new perspective. They decide to flee the country with their families through Guatemala and Mexico to seek asylum in the United States.

But their journey is more challenging than expected, and they face a myriad of difficulties and must overcome multiple obstacles that put not only their dreams but also their lives at risk.

Plodding in a caravan in the blistering sun with hundreds of other human beings was a new experience for Domingo—and for Blanca and Nancy, too.

Domingo guessed it was also a unique experience for most crowd members based on their looks and actions. There were people of all ages and types in the mob, including children a lot younger than Nancy. Young men and women wore shorts and T-shirts or tank tops, and many listened to music on headphones as they bounced on colorful tennis shoes. Older members were bundled in jackets and hid their faces from the harsh sun under outsized straw hats as they slogged forward with determination. A few of the people were so old they could hardly walk, hobbling along trying to keep up with the wandering procession. Some of the older children kicked an old soccer ball around or streaked through the crowd screaming and laughing, playing a game of tag, occasionally bumping into someone who invariably hurled angry epithets at them. Several of the younger children were crying and complaining about the heat and the confusion. Dozens of the women were pregnant or carrying recently born babies in their arms, some of them bawling because of hunger or a need for a diaper change. The grounds were littered with discarded items—empty bottles, dirty diapers, cereal boxes, even used toilet paper.

Domingo was amazed at the lack of prominent individuals leading the caravan and maintaining a modicum of order and hygiene. From the very beginning, the march had no leaders and no guides. They had all gathered at El Salvador del Mundo Plaza in central San Salvador at dawn and started moving at around 8 am, when someone sitting under a tree smoking a cigarette stood and yelled, “Vamos!”

And that was it. The caravan started moving, unhurriedly and inexorably, like a gigantic snake uncoiling itself to go in search of something to eat.

They had been on the road for a week now. Although their faces were baked red by the sun, they hadn’t advanced much. Domingo worried that all the food and water he brought along wasn’t going to last more than another week or two. The stress of the trip had already cracked the rosy shell of initial optimism, and reality had begun to seep in—disgruntled rumblings about the speed of the caravan started to surface, and two episodes of theft reported. Tempers flared a few times, usually only resulting in loud arguments and name-calling, but twice ending in fistfights that had to be broken up by others.

A young man named Octavio, traveling with two friends close to Domingo and his family, told him about two thousand people from different parts of El Salvador were in the caravan. They were strangers and suspicious of each other, which was the reason for all the problems. 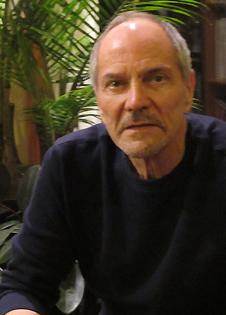 David Pereda is the award-winning author of eleven thrillers and mainstream novels. His books have won the Lighthouse Book Awards twice, the Royal Palm Awards, the National Indie Excellence Awards, and the Readers Favorite Awards twice. He has traveled to more than thirty countries around the world and speaks four languages.

Before devoting his time solely to writing and teaching, Pereda had a successful international consulting career with global giant Booz Allen Hamilton, where he worked with the governments of Mexico, Venezuela, Peru, and Qatar, among others.

A member of MENSA, Pereda earned his MBA from Pepperdine University in California. He earned BA degrees in English literature and mathematics at the University of South Florida in Tampa. He loves sports and has won many prizes competing in track and show-jumping equestrian events.

Pereda lives in Asheville, North Carolina, where he teaches mathematics and English at the Asheville-Buncombe Community College.

Good morning, Wendi. I appreciate your having me as a guest on your blog today. I'll be checking in and out during the day to answer any questions about writing, the book, me that you or your readers may have.

This is a great book. It is the first one I've read regarding contemporary immigration, and it really grabs you from the very first page. Two families living near one another travel to the United States through different means, one wealthy and one not, for the chance to live a better life. I highly recommend it.

Thank you for your comment, p.m. terrell. I tried to write an entertaining novel that would address the immigration problems we face in the United States from the point of view of the immigrant, but wouldn't preach.