Book Blast ~ The Gospel According to Prissy by Barbara Casey

This post is part of a virtual book tour organized by Goddess Fish Promotions. Barbara Casey will be awarding a $25 Amazon or B/N GC to a randomly drawn winner via rafflecopter during the tour. Click on the tour banner to see the other stops on the tour. 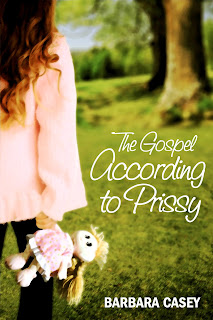 Three Army veteran misfits, a college dropout, an unmotivated high school graduate accused of murder, a controversial warden of a women's prison, and a little girl with the gift of prophesy – these are the people 31-year-old Lara Kruger invites into her life after suffering a miscarriage, a divorce from an abusive husband, and unemployment.

The young child skipped through the tall trees and underbrush, unaware of the puddles created by recent rains or the low-lying tree branches and vines that swiped at her coveralls and scratched her bare arms. Hugging a doll that showed the wear of a favorite toy and a faint smudge of chocolate ice cream, the child pushed forward with determination. She knew where she wanted to go, and her face showed the intensity and resolve of a person much older than her five years. The black woman wearing the uniform of a prison guard struggled to keep up with her young charge. The thick green tangle of natural forest growth and uneven turf was more of a challenge to a woman her size and stature.

The child stopped when she reached a clearing, that place in the woods that wasn’t quite so overgrown and where the wild vegetation had been pressed from previous visits. In front of her was a tree, magnificent in size, ancient in age. She had reached her destination. She called it, quite simply, “the place.” Quietly, reverently, she approached the tree, reaching out and touching the familiar rough surface and its many irregular crevices. She squatted where some roots had pushed upward and were now gnarled and covered in bark before extending downward again deep into the soil. It was between two of these large root formations that the child placed the doll – a throne. Her hand explored the curvature of one darkened root, first touching the soft green moss, and then the small indented place that held water whenever it rained. It was moist. Satisfied, she knelt. Then, lowering her head and folding her dimpled hands together, she started to pray. 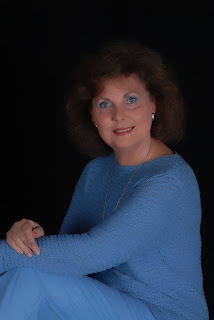 Originally from Carrollton, Illinois, author/agent/publisher Barbara Casey attended the University of North Carolina, N.C. State University, and N.C. Wesleyan College where she received a BA degree, summa cum laude, with a double major in English and history. In 1978 she left her position as Director of Public Relations and Vice President of Development at North Carolina Wesleyan College to write full time and develop her own manuscript evaluation and editorial service. In 1995 she established the Barbara Casey Agency and since that time has represented authors from the United States, Great Britain, Canada, and Japan. In 2014, she became a partner with Strategic Media Books, an independent nonfiction publisher of true crime, where she oversees acquisitions, day-to-day operations, and book production.

Ms. Casey has written over a dozen award-winning books of fiction and nonfiction for both young adults and adults. The awards include the National Association of University Women Literary Award, the Sir Walter Raleigh Literary Award, the Independent Publisher Book Award, the Dana Award for Outstanding Novel, the IP Best Book for Regional Fiction, among others. Two of her nonfiction books have been optioned for major films, one of which is under contract.

Her award-winning articles, short stories, and poetry for adults have appeared in both national and international publications including the North Carolina Christian Advocate Magazine, The New East Magazine, the Raleigh (N.C.) News and Observer, the Rocky Mount (N.C.) Sunday Telegram, Dog Fancy, ByLine, The Christian Record, Skirt! Magazine, and True Story. A thirty-minute television special which Ms. Casey wrote and coordinated was broadcast on WRAL, Channel 5, in Raleigh, North Carolina. She also received special recognition for her editorial work on the English translations of Albanian children’s stories. Her award-winning science fiction short stories for adults are featured in The Cosmic Unicorn and CrossTime science fiction anthologies. Ms. Casey's essays and other works appear in The Chrysalis Reader, the international literary journal of the Swedenborg Foundation, 221 One-Minute Monologues from Literature (Smith and Kraus Publishers), and A Cup of Comfort (Adams Media Corporation).

Ms. Casey is a former director of BookFest of the Palm Beaches, Florida, where she served as guest author and panelist. She has served as judge for the Pathfinder Literary Awards in Palm Beach and Martin Counties, Florida, and was the Florida Regional Advisor for the Society of Children's Book Writers and Illustrators from 1991 through 2003. In 2018 Ms. Casey received the prestigious Albert Nelson Marquis Lifetime Achievement Award and Top Professional Award for her extensive experience and notable accomplishments in the field of publishing and other areas. She makes her home on the top of a mountain in northwest Georgia with three cats who adopted her, Homer, Reese and Earl Gray - Reese’s best friend.

Thank you for your interest in my book, THE GOSPEL ACCORDING TO PRISSY. I look forward to visiting with you and your bloggers. ~Barbara