This post is part of a virtual book tour organized by Goddess Fish Promotions. Tanya Anne Crosby will be awarding signed copies of the Daughters of Avalon series (3 books)(US ONLY) to a randomly drawn winner via rafflecopter during the tour. Click on the tour banner to see the other stops on the tour. 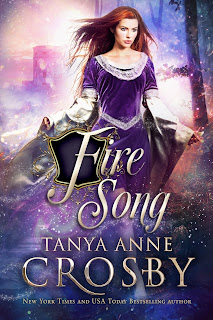 Praised for her beauty and grace, deep down, Seren Pendragon fears a tempest rising inside her. Her mother is a witch, her sisters are in peril, and she has been promised to a beast of a man who's already murdered one king. When she and her youngest sister seize the opportunity for escape neither realizes how much their struggle will cost, and it will take a terrible tragedy to unleash Seren’s inner fire and true nature.

The Bastard of Warkworth is no stranger to misfortune. Everything he held dear vanished one night in a wisp of smoke and fire, and he has been scarred by his encounters with Seren's own mother, Morwen Pendragon. Even so, when one of the witch’s daughters finds herself in trouble, Wilhelm must find the champion within and ride to her rescue.

“Where are you going?” she asked in surprise.

“Nay, my lord—not lest you mean to go by ship. And you’ll not put me on another one after what I have witnessed. You would have to gag and bind me, and tis not very likely I would stand still to allow it.”

“I am not your lord,” he said again. “I’m no man’s lord.” And he kept riding, without bothering to turn back. Seren cast Jack a bewildered glance. The boy shrugged.

It was her habit, she supposed, to call every man of consequence lord. Somehow, it seemed better to give Wilhelm deference, but he clearly did not like it. And yet, he behaved like a willful lord, doing whatsoever pleased, keeping whatever pace he saw fit, and never bothering to ask what Seren would like to do. Hadn’t he said he was here to help? Well, he hadn’t had very much to say since insisting she accept his aid.

“Wait here,” she said to Jack, and spurred her mare to catch up with the sour-faced lout. “I do not mean to disparage you,” she confessed. “Tis but that you seem more a lord to me than most lords do.”

He grunted in answer, but kept going, and Seren frowned.

How was she supposed to travel with his man, who seemed so intent upon ignoring her? He hadn’t said much of anything since retrieving Jack.

“What in the name of St. Afan would you have me call you if not lord?”

“Wilhelm,” he replied. “And since when do you Pendragon sisters swear by the name of saints?”

Seren lifted her chin. “I lived most of my life in a priory,” she informed him. And then she whispered, “I cannot very well swear by the Goddess, can I? Else Jack will wonder.”

“Well,” he said. “That’s your fault. Had you left the boy in Dover you wouldn’t have to pretend you are someone you are not. And anyway, I doubt he knows St. Afan, either.”

Had he somehow taken offense? “Do you know St. Afan?”

“Nay,” he said. “And neither do I aspire to. He’s some Welshman, by the sounds of him. But, more importantly, do you know who he is?”

Seren frowned. “Nay, sir. I do not,” she confessed. “Though I did hear Father Ersinius invoke him on occasion. I am not so much impressed by saints.”

“What are you impressed by?”

Seren bristled. She was not going to confess herself to this impertinent stranger. “What I wouldst like to know is what you wish me to call you if not lord—can you, please, stop! Please?” She reined in her horse, peering back at Jack, who was staring at them with furrowed brows.

“Nay,” he replied, without turning.

Seren sighed, and moved forward once more. “Where are you going?”

She furrowed her brow. “You are not going home! Did you not read that sign? You are going to Ramsgate, returning to the ocean, and, once again, I will remind you that lest you have a ship, or you and your horse would like to have a good swim, the road to Canterbury is the road best traveled.”

Finally, he stopped, turning to look at her, and his cheeks appeared to bloom. Without a word, he spun his mare about, trotting back toward Jack, who was still waiting right where Seren left him. Wilhelm passed him by, never sparing him or the signpost a glance.

He couldn’t read, she realized, with blinding insight. 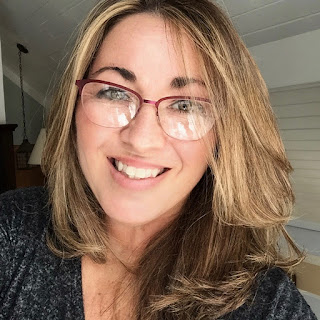 Tanya Anne Crosby is the New York Times/USA Today bestselling author of more than thirty novels, including works of women’s fiction, suspense, historical romance and fantasy. Known for stories charged with emotion and humor and filled with flawed characters, she is an award-winning author, and her stories have garnered reader praise and glowing critical reviews.

Tanya has been featured in magazines, such as People, Romantic Times and Publisher’s Weekly, and her stories have been translated into eight languages. Her first novel (Angel of Fire) was published in 1992 by Avon Books, where she was hailed as “one of Avon’s fastest rising stars.” Her fourth book (Once Upon a Kiss) was chosen to launch the company’s Avon Romantic Treasure imprint. She and her writer husband currently split their time between Charleston, SC, where she was raised, and northern Michigan, where the couple make their home.