This post is part of a virtual book tour organized by Goddess Fish Promotions. The authors will be awarding a 16X20 Signed Matted Print "Flora Blanca" by author, Florida artist Sharon Goldman, to a randomly drawn winner via rafflecopter during the tour. Click on the tour banner to see the other stops on the tour. 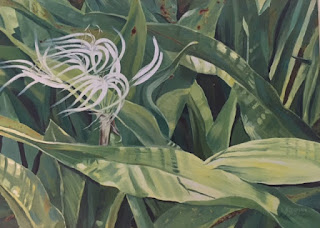 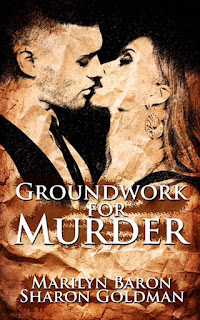 Alex's shocking reunion with her college art professor, Dominick "Nick" Anselmo—once a world-celebrated Italian artist, now a homeless lawn man—reignites their passion and fuels a creative spark for both, helping Nick recover from his wife's death.

With Nick's provocative sketches, art imitates life, but Alex doesn't realize they reveal a dangerous liaison between her husband and the gallery owner. Without Nick's knowledge, Alex arranges an art opening that includes his drawings.

When the torrid affair between Alex's husband and his mistress is exposed, the seeds are sown for murder, mystery, and romance.

The man grabbed her hand.

Startled, Alex twisted painfully in the man’s solid grip as she gave him a closer look.

Alex focused on his face, which was vaguely familiar, and tried hard to bury the image of the rest of the man’s body, which, although she’d only been exposed to a flash of flesh, was oddly disturbing. And when she did, she got another shock.

The man released her hand and came out from behind the shelter of the bushes, smiled shyly, and nodded. Although she hadn’t recognized his accent earlier, there was no mistaking his identity. But the last time she’d seen him, his smile had been almost smug and his mouth had been busy doing more than smiling. She’d buried the recollection of their last encounter so deep even she wasn’t clear about the details of just how far they’d gone and how far she had been prepared to go.

It was hard to reconcile the man of her dreams with this nasty-looking person standing in front of her. Professore Dominick Anselmo had been her college art teacher, her inspiration, her secret crush, until he’d been exposed for improper behavior with his graduate assistant and expelled from the university. The scandal had rocked the Art and Architecture Department and blasted a rift in Alex’s personal world.

“Professore?” she repeated, her jittery voice rising a level. “What are you doing here?”

About the Author: Marilyn Baron and Sharon Goldman are sisters. Groundwork for Murder won first place in the Suspense Romance category of the Ignite the Flame Contest, sponsored by the Central Ohio Fiction Writers Chapter of RWA. 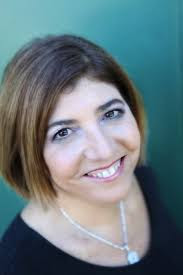 Marilyn Baron writes in a variety of genres, from women’s fiction to historical romantic thrillers and romantic suspense to paranormal/fantasy. She and her sister even wrote a musical called Memory Lane.

Groundwork for Murder is her 24th work of fiction. A public relations consultant in Atlanta, she is chair of the Roswell Reads Steering Committee.

A native of Miami, Florida, Marilyn graduated from the University of Florida in Gainesville, Florida, with a B.S. in Journalism—a major in Public Relations and a minor in English (Creative Writing). She met her husband at UF and both of her daughters graduated from UF. Marilyn now lives in Roswell, Georgia, with her husband. 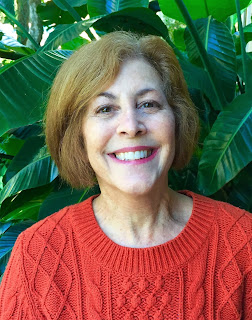 Sharon Goldman is an award-winning artist whose paintings are in private collections and who has exhibited in numerous galleries throughout northeast Florida, including the Haskell Gallery in the Jacksonville International Airport.

As a native Floridian, Sharon strives to create work that captures the spirit of Florida. Her colorful palette, unique cropping, and background as a designer and art director help her envision her novel compositions, which she describes as painterly realism.

Sharon has taught art school in her home studio to more than 200 students in her community. Sharon has also written and illustrated a children’s book.

Sharon is on the Dean’s Leadership Council at the University of North Florida’s Thomas G. Carpenter Library, where she gives monthly tours of one of the largest permanent art collections of regional artists in the state.

A graduate of the University of Florida in Fine Arts, Sharon had a long career in the advertising business. After having three children (now college graduates), she has more time to bring her ideas to light.

Thanks for hosting our book blast for Groundwork for Murder.