This post is part of a virtual book tour organized by Goddess Fish Promotions. L. Simpson will be awarding an e-copy of Beyond Today + $10 Boroughs Bucks to a randomly drawn winner via rafflecopter during the tour. Click on the tour banner to see the other stops on the tour. 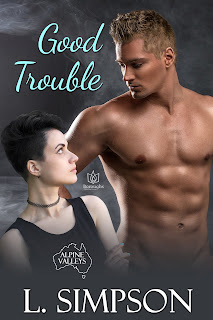 WRONG BEFORE IT'S RIGHT

Annie Clarke knew fairy tales were only in books, and love was a disaster. Nothing could convince her to go down that road again. But local football hero, Erik Strathmore, wore her down. Too cocky by half, and too damn good-looking for his own good, when he suggested they give friends with benefits a try, she relented. At first, it worked. Erik was a great friend, and a fantastic lover. But then their hearts entered the field of play, and Erik betrayed her. Annie cursed herself for allowing it to happen again, she'd loved and lost for the last time. After realizing his mistake, Erik couldn't have agreed more. Annie would never love anyone else again. She was his, and he intended to keep her by his side forever.

“That’s enough for today, you can put your shoes on.” Her words confirmed that the door was firmly shut. I set about doing as I was told, trying to find a way to get that warm look back in her eyes. I felt like today was the day to push it. She had let down her defences, if only for a moment, and I’d had enough waiting.

“So,” I said, moving in to stand close enough I could smell her. Shit. That sexy aroma would stay with me all day.

“The answer is no, again,” she muttered, not looking up from her device.

“You don’t know what I was going to ask.”

“Yes I do. You are going to ask me out for a drink or dinner. Again. And I am going to blow you off. Again.”

“And what if I have a different sort of proposal?”

“Will it end up with you asking me out?” she asked on a sigh but looked up at me with her big eyes partially hidden by her dark hair dancing across her brow and falling at her cheek. This look, the dancing spitfire eyes, a smirk on her mouth, head tilted to the side exposing her neck and shoulder as she waited to pounce on my next words, was one of my favourites. It’s what I conjured when I took care of myself lying in bed, in the shower… Enough.

“Well, that would be up to you. If you want to go out after, then sure, but I don’t do relationships,” I told her, unable to hide my grin as her brows furrowed.

“After what?” she asked, trying to look bored and failing. I could see the heat in her cheeks as she figured it out. I stepped closer, forcing her back, and she ended up against the shelves. 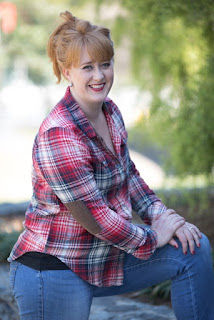 As a girl growing up in Australia, Laura was lost in the world of Anne of Green Gables and Little Women. During high school, volleyball dominated her life. There had to be something positive about being 6’1” with red hair. Representing Australia from a young age she eventually took a scholarship at the University of Iowa. Living in America and being a full time athlete in a college town was an eye-opening experience and lots of fun (from what she can remember). #gohawkeyes

Returning from the States, her career took a different turn as she started working at the Red Cross and completed her Masters of Law in Human Rights. As one of the few non-lawyers in the class, her essays were far more floral than the rest, something that caused the discerning professors to shake their heads. Through working and studying, she realised there are other ways to win hearts and minds.

While she’s spent the last 14 years as an advocate against poverty and homelessness, the desire to change the world through storytelling has only got stronger. She now lives in the Alpine Valleys of North East Victoria, Australia with her husband, daughter, son, two dogs and seven chooks. When she’s not doing the whole mum thing, working at a homelessness agency, renovating her farmhouse, or trying to do laundry bleary-eyed at midnight, she is writing.