Rescued From the Dungeon by Anarie Brady & Kristi Ahlers

Rescued From the Dungeon

I asked the author about the book! I wanted to know how she got the idea for the book.

Rescued From the Dungeon

Rescued from the Dungeon: Oubliette 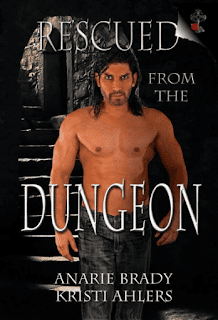 It took a tornado and the near destruction of his home for Jason, a professor of history, to learn that his family had once owned his neighbor David’s family. While repairing the damage from the storm, friendship and more blossom between David, Jason, and Marina, Jason’s submissive wife. Determined to ease Jason’s guilt over his family history, Marina proposes a unique way of putting old ghosts to rest.

Rescued from the Dungeon: Love’s Captive

Victoria Padgett is working the front lines as a nurse during WWI. She has just finished celebrating her first wedding anniversary with her husband and Duke of Willby, Ashton Padgett, in Paris. Together they decide it would be best if she returns to England, open up the ducal estate as a hospital and treat the wounded there where she will be safe and can practice the medicine and sanitary practices she thinks will aide in recovery. She returns to Belgium and the front line to turn in her resignation but while there she is kidnapped and held hostage in a château dungeon by Ashton’s once best friend who thinks Victoria should’ve been his. Will Ashton be able to save his Victoria before war and a madman takes the love of his life from him?

Throughout dinner, Marina remained quiet. She served the men first and made sure they had two full glasses – one of water and the other of wine – at all times. She herself drank only water and ate lightly. She never liked going into a session with an overly full tummy. Once they'd finished, the men chatted amicably while she cleared the table. When everything was neat and tidy, she returned to the dining room and knelt between the men. 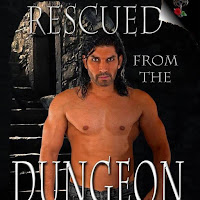 "Marina, what is it you want to propose?" Jason asked. She wouldn't speak until he had given her permission. She was in full submind, a level just below subspace. Submind could be maintained for hours, days even. It happened when she let go of the needs, desires, and stresses of the outside world, allowing her mind to focus only on the needs, desires, and wishes of Jason, her dominant. The source wasn't necessarily sexually motivated, but rather service motivated, unlike subspace, which was often achieved while sexually stimulated. In truth, subspace was rather like that delicious glow that often happens to vanilla couples after sex, but that glow was more like a nuclear explosion.

"Sir, I know how upset you've been since David shared his history. I wish to propose something that might, in some small way, appease your sense of fairness," she began.

"No, she's right," Jason interrupted. "I agree with you that we need to leave hate and guilt and blame in the past. There's no way I can ever make up for what my family did to yours, David, so there's no point it trying. But, I can't let go of this. The image of what your ancestors suffered at the hands of mine keeps running through my mind. I need to find a way to still those ghosts. What were you thinking, Marina?"

About the Authors:
Kristi Ahlers is a California girl! She grew up in Northern California in a small city called Yuba City. Since then she's lived in Brussels, Belgium, and England along with a myriad of other locations. A former flight attendant, she was able to continue to feed her love of travel. This has greatly influenced her writing, allowing her to pen stories about places she's managed to visit and things she's experienced.

Kristi loves to hear from her readers and can be reached at katahlers@gmail.com

visit her at her virtual home at www.kristiahlers.com


Anarie Brady writes hot, happy ever after love stories filled with strong men and strong women who choose to submit to their own desires. She also loves scratching her chinchilla in all his itchy spots, sipping tea, and savoring whiskey. She absolutely adores hearing from fans, so don’t be shy!

LOVE this blog! Thank you for hosting!