This post is part of a virtual book tour organized by Goddess Fish Promotions. Diane will be awarding a $15 in Boroughs Bucks + a copy of Flash Point to a randomly drawn winner via rafflecopter during the tour. Click on the tour banner to see the other tours on the stop. Follow the tour here: https://goddessfishpromotions.blogspot.com/2018/04/book-blast-dead-giveaway-by-diane_18.html 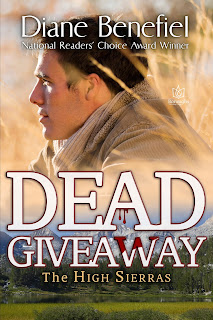 THE WORST THING THAT CAN HAPPEN

If asked, Gwendolyn Ballard would admit she co-parented her best friend Chloe's son, Cameron. Now Gwen is all he's got as they flee from the man who murdered his mother. There's only one place Cameron will be safe, and that's with his uncle, Elijah MacElvoy. Arriving on his doorstep at the Broken Arrow Ranch is a desperate decision, and Gwen knows he'd slam the door in her face if she didn't have his nephew with her. But she'll do anything for Cam, even if it means putting up with Elijah's distrust and judgment.

Chloe's dead. Cam's orphaned, and Elijah is confronted with the prospect of living with the one woman who's driven him crazy for the past ten years. He'll fight to keep her safe. That's encoded in his DNA. But can he trust her with a little boy who just lost his mother? As Eli watches how Gwen loves and cares for his nephew, he reevaluates his thinking and gives in to the smoldering attraction he felt the first time he saw her. With so much on the line, Eli comes clean about his past, making way for a future that's all about silver linings.

A quiet sound had him glancing toward the door. Gwen stepped into the room, her gaze fixing on his. As always when she was near, his body tightened and he had to fight back the urge to touch. To touch that glorious hair, the smooth skin, the subtle curves. His reactions to her were visceral and made him crave the impossible. They always had. Acting on the attraction would be suicide. Gwendolyn Ballard was all the things he didn’t need in a woman, and self-preservation demanded he reject the temptation.

She broke their contact and glanced around the room. He took the moment to make a careful survey. Her damp hair spread across her shoulders, hair that when dry curled into a mass that held all the colors of a wheat field in summer, from golden brown to sunny blond. Like her hair, her eyes couldn’t seem to settle on one color. They were a whiskey brown shot through with gold, and right now lit by the warm light of the lamp, they gave away her exhaustion. Finally, her gaze returned to his, and she appeared to tamp down on whatever emotions she felt. He’d seen those eyes glow with a warm light when she looked at Cameron, then turn cool and aloof when she looked at him.

The memory of the first time he’d seen her flashed across his mind. He’d arrived at his mother’s house for the Thanksgiving holiday after the long drive south. And there Gwen had been, his sister’s college roommate standing in front of a window, the sun bringing out the warm tones of her hair. She’d been flirting with a neighbor kid, a young man about her own age, her face alight with fun and laughter. Then she’d caught sight of him, eyes still shining. He’d felt himself scowl, and watched the animation fade, replaced by a carefully blank look that had irked him even more. He shook off the memory.

“Yes. Oreo is sleeping with him. Thank you again for taking us in.”

He frowned. “What did you think I’d do? Send you hiking back to your car?”

She lifted a shoulder. “You could have. Honestly, I did think you would give us a safe place to stay for a few days, or else I wouldn’t have risked coming. But I wasn’t one hundred percent sure.”

He moved to the recliner and sat, gesturing to the sofa. “Sit before you fall down, Gwen. Tell me what happened to Chloe.”

She perched at the end of the couch, feet flat on the floor, body rigid. He wondered if she would ever loosen up enough to relax when he was near. She glanced at him, then down at her hands tightly clasped in front of her. She remained silent for so long he thought she wasn’t going to speak. Then, attention resolutely focused on the hands in her lap, she spoke in a quiet voice. He listened carefully, sensing the emotion held tightly in check.

“Cameron and I were going on vacation. Thursday was the last day of school for both of us, so I’d gotten the car packed and we were going to leave early Friday morning.”

“Wait. What do you mean it was the last day of school for both of you? Are you still in college? I thought you’d graduated.”

He caught the confusion in her expression. “Of course I did. I graduated several years ago. I’m a teacher.”

Disbelief had him sitting back in his seat. He couldn’t have been more surprised if she’d told him she made her living as a rodeo clown. “A teacher? With your background?”

She raised her head, whiskey eyes narrowed. “And what background would that be, Eli?”

He decided he’d be better off leaving that one alone. “Never mind. What grade do you teach?”

He tried to reconcile his memories of her with the kind of person who taught kindergarten. To him a kindergarten teacher meant someone with a sunny personality who could shift from teaching shapes and letters to tying shoelaces and keeping kids from eating paste. Maybe he was stereotyping, but he had a hard time equating party girl with wholesome. “Huh, kindergarten.” He shook his head. 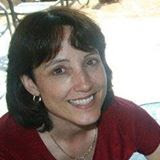 National Readers' Choice Award winner for her novel, Solitary Man, Diane Benefiel has been an avid reader all her life. She enjoys a wide range of genres, from westerns to fantasy to mysteries, but romance has always been a favorite. She writes what she loves best to read – emotional, heart-gripping romantic suspense novels. She likes writing romantic suspense because she can put the hero and heroine in all sorts of predicaments that they have to work together to overcome.

A native Southern Californian, Diane enjoys nothing better than summer. For a high school history teacher, summer means a break from teenagers, and summer allows her to spend her early mornings immersed in her current writing project. With both kids living out of the house, in addition to writing, she enjoys camping and gardening with her husband. Diane loves hearing from her readers.

Thank you for hosting Dead Giveaway! I hope one of your readers wins the Boroughs Bucks. :)