It's a book blast for Mail Order Angel by Mandy Colton and there are prizes to be won! Check it out. Mandy will be awarding a $15 Amazon or B/N GC to a randomly drawn winner via rafflecopter during the tour. Want more chances to win? Then comment on the post and entre the rafflecopter drawing. Follow the tour to comment at each stop and up your chances even more. You can do that here: http://goddessfishpromotions.blogspot.com/2016/10/book-blast-mail-order-angel-by-mandy.html 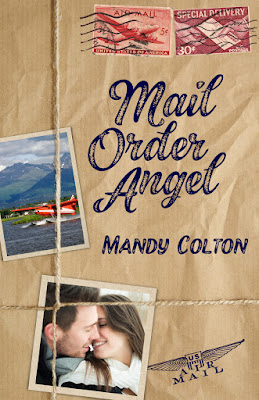 Heartbreaking loss strikes two people living happy and carefree lives in polar opposite places of the North American map. Young and adventurous, Lance Colburn left home years ago and worked his way north to Alaska, eventually settling in Nome. After building a successful business, he’s still a very content bachelor, living in a brand new home he constructed himself. Life couldn’t get much better…until the worst news a single guy could get finds him after a family member is stricken with a fatal illness. He learns that his simple—and slightly selfish—existence is about to get flipped upside down and crowded. Worst of all, he’s going to need a specific kind of help that can’t be found in Nome.

Having lived a happy and sheltered life with her parents in Boston, Massachusetts, Angel McBride is about to become an adult and spread her wings. While taking a summer vacation in Europe with her friends before starting college, tragedy strikes at home. After returning, she is shocked to find that her life has already drastically changed and is about to get worse. She needs an escape plan—and quickly.

With little time and no other choices at hand, both Lance and Angel come up with the same ridiculous idea at the same time: Marriage to a stranger.

But neither are prepared or quite mature enough to handle the big leap. Can they overcome her deception and his wily ways to find true happiness?

The next morning, Lance knocked on Anna’s bedroom door and walked in. Out of the closet, he pulled the pretty off-white dress and heels that he’d picked for her and told her to get ready. When she’d dressed and walked into the living room and saw him wearing a suit, she knew immediately where they were going. Today was her fake wedding day. His eyes slowly moved over her, becoming a shade darker, his lids heavier. No words were needed to describe what she saw there on his handsome face. She’d dated enough boys and read enough smarmy romance novels to know that what she was seeing in his eyes was desire. Well, she could ditto that look. Sweet baby Jesus, did he make a suit look good.

He smiled and stuck his hand out for her to take. Guess they really were doing this. Okay. It wouldn’t be real. It would not be real. Angel placed her hand in his big warm one and it felt sooo good, it set her whole arm to tingling. Then out the door they went. To get fake married, Angel. Don’t slobber and stop mooning over the guy.

There was only the two of them and two witnesses present at the ceremony. It was a couple who were obviously friends of Lance’s. He’d muttered their names to her, and the Justice of the Peace went right to it. He spoke some words, told her and Lance what to repeat, she sputtered over her lines on purpose, and it was quickly over. Lance slipped a plain, cold gold band on her finger and pecked her on the cheek. He shook hands with the Justice guy and his friend. Some legal papers were signed by all parties, and that was that. Married. Not too awkward or terribly painful.

As soon as Angel had that last thought, out of the corner of her eye, she saw the woman with Lance’s friend moving closer toward her. The woman opened her mouth to speak, and Angel was about to shake her head, to let her know that she couldn’t speak the language, when the woman let go a string of words that shocked her when they hit her ears. Flat left her dumbstruck and, seconds later, feeling nauseous. It wasn’t what she’d said; it was the fact that Angel had no frigging idea what she’d said. She was pretty sure the words were in Russian.

Aww, come on! Of all the bum luck. She seemed to be loaded with it now.

This just couldn’t be happening. A surge of bile started rushing straight up the pipeline, and she grabbed her stomach and pitched forward. The other woman grabbed her hand and pulled her along fast down a nearby hallway and pushed her through a door. Ah…a restroom. Goody. Sometimes you didn’t need words. Everybody understands the look of an urp coming. Angel barely had time to raise the toilet lid before she was throwing up. Not much came up, because thankfully, they hadn’t eaten breakfast yet.

Angel rinsed her mouth out with water and looked in the mirror. What was she going to do now? She just stood there, rattled and shaking, until there was a knock.

When she cracked the door open, Lance was standing there looking concerned. “Anna? You okay?”

No. Definitely not. She shook her head.

He said, “Oh. We were all going to have lunch, but we can go home instead.”

She nodded. “Yes. Home. Please,” she stuttered, begging with her eyes.

Behind him, the man and woman stood, and the woman placed her hand on Lance’s arm, as if to get his attention. Angel felt another wave coming and shut the door in Lance’s face, locking it. She heaved again. Poor Lance was rapping on the door and calling to her, sounding really concerned, and then she heard the other man’s voice whispering.

“You need to take her to the doctor, friend. Right now. These women arrive in all kinds of states. They can be sick, pregnant, have venereal diseases—even AIDS. Sorry to bust your bubble, but it’s been known to happen.”

Angel heard what sounded like a growly hiss. “You could have fucking told me this before I married her, Raymond!”

“Sorry pal. She sounds real sick in there, and I’m just sayin’…”

The rapping on the door became more insistent. When she opened it this time, Lance reached around, snatched her hand, and pulled her out, practically dragging her down the hallway. He put her in his truck and buckled her in, jumped in, and spun out of the parking lot like a mad man on a mission. He pulled out his phone. “Doc, need to see you right away.”

She heard a man’s voice say something on the other end, and Lance erupted. “Tell Earl to sleep it off somewhere else. This is an emergency, goddammit!”

Mandy Colton is from Louisville, KY, and lives a very quiet life with her husband and teenage son. A fan of romance, fun 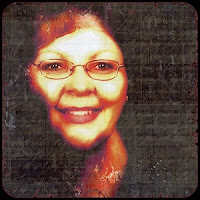 adventure, drama, humor, and on occasion, sci-fi stories. Her first book, Way to Go, and the continuing series came from her years, own adventures and experiences working in the travel industry.

Although she’s a great fan of the human imagination, she is also of the opinion that there are just no better stories than those that involve a bit of true life.
If you like my books, please review on Amazon or Goodreads. Subscribe for notifications on future new releases!


https://www.pinterest.com/mandycoltonfict/mandy-colton-fiction/
a Rafflecopter giveaway
Posted by Wendi Zwaduk and Megan Slayer at 12:00 AM

Hello Wendi and readers. Thanks for having me here. If you like the excerpt, the book is available for a free download on Amazon through tomorrow.
Mandy Colton