Today I'm featuring Ever Tempted by Odessa Gillespie Black. You'll want to stick around and keep reading. Why? There are prizes up for grabs. Like? Odessa will be awarding a digital copy of Ever Tempted to a randomly drawn winner via rafflecopter during the tour. How cool! Want more chances to win? Follow the tour. You can do that here: http://goddessfishpromotions.blogspot.com/2016/08/blurb-blitz-ever-tempted-by-odessa.html

Ever Tempted
by Odessa Gillespie Black 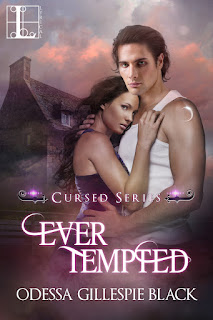 When Cole Kinsley asked Allie Knowles for her hand in marriage, he meant it. Death be damned. Nothing could keep them apart, not even a hundred years or more. Not even the vindictive spirit of Allie’s dead sister Grace. Released from her watery grave, she offers Cole a devil’s bargain. But to Cole, no price is too high when it comes to his beloved.

Allie thinks it’s almost too good to be true. A week of bliss alone with Cole. His promise kept, after all they’ve suffered at the hands of her sister. To feel the strength of his arms around her again. But when she learns of the sacrifice he made to be with her, she plunges into despair. Forever has slipped from their grasp—unless forever apart is their true destiny . . .

Straightening my tie, I walked around the corner. Smiling people held glasses, discussed life issues, and nodded amicably in my direction.

Who’s that? one woman thought.

He’s a looker, another thought.

I wish I had this girl’s money. At least she’s doing something for the community. I really shouldn’t be envious. A blonde stared toward the right corner of the patio.

Holding a wineglass and smiling, Allie stood in a circle of about twenty people, men in black suits and women in flashy dresses. As much as she had worried about fitting in, she settled nicely with her surroundings. Allie’s benefactor, the late Ava Rollins, would have run the first car out of the drive. She hated visitors.

The whispering crowd hushed, parting like the Dead Sea as I approached Allie.

She hadn’t noticed the decrescendo of voices, as she gestured and nodded.

The women’s thoughts were almost synonymous.

She’s so sweet; you can’t hate her for having it all.

We’ll be great friends. I can tell.

I can’t believe I thought she’d be snooty.

She’s gorgeous. Doesn’t even need that makeup. Pay attention to what she’s saying. Quit lusting, Bill. The guy’s thoughts were considerably more troubling, but this was something I’d have to contend with in loving a woman as strikingly beautiful as Allie was, inside and out. So tonight I wouldn’t kick anyone in the throat.

Who could blame them? Hadn’t I responded the same way?

I stood five feet behind Allie as she continued in light, happy conversation. She rarely wore her hair up. It was the fashion when we’d first met in the late 1860s, and though it was appealing, tonight, loose curls fell down her back.

Why is everyone looking behind me? Her heart rate steepened and an instant swell of pheromones thickened the air. Is he here? Allie straightened and glanced around. 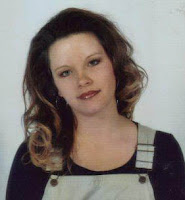 children, Chihuahuas Little Bit and Rico, and rescued Lab and Pit mix, Mo. When not chasing dogs around the backyard and tackling the daily duties of mother-and-wife-hood, she enjoys watching horror movies and reading and writing paranormal romance. Readers can visit Odessa’s website at odessablack.wordpress.com, and find her on Facebook:  https://www.facebook.com/OdessaGillespieBlack